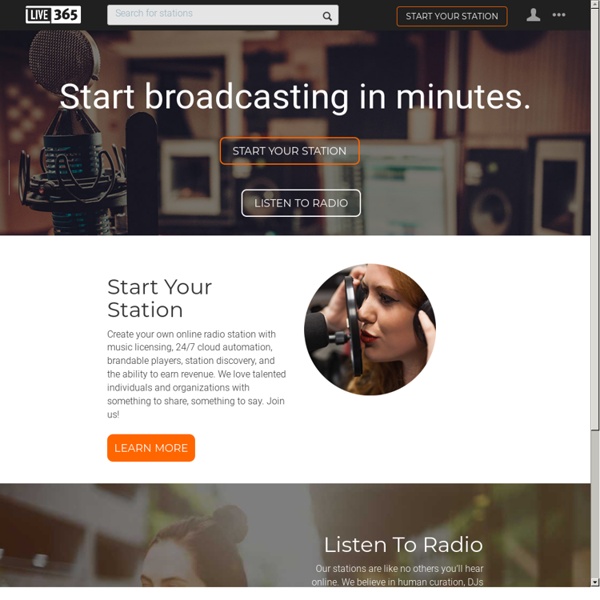 Old Time Radio (OTR) - Radio Days: A Radio History (03/5/2014) Beginning to update various web pages including several news-related sites so that they will better work with tablet and smartphones. Latest updates include news index page, Murrow, Munich, Austria Anschluss, and Kaltenborn pages. (01/17/2014) Updated the Comedy page mostly in design and to html5 formatting. The Wall Street Journal Radio Network Top 5 Buenos Aires Record Shops Setting out to find the top five record shops in Buenos Aires is a sisyphean task; every shop you explore a vendor or friendly customer recommends three equally or unique other music outlets. Although mp3s and iPods have crippled music retailers’ sales worldwide, it would seem as though Buenos Aires has resisted more than some other major cities. In almost every one of the central shopping galleries there’s a record shop, if not three.

amazon Collections Lum and Abner was an American radio comedy network program created by Chester Lauck and Norris Goff that was aired from 1931 to 1954. Modeled on life in the small town of Waters, Arkansas, near where Lauck and Goff grew up, the show proved immensely popular. In 1936, Waters changed its name to Pine Ridge after the show's fictional town. Like several of their contemporaries, Lauck and Goff had the opportunity to bring their characters to life in movies. Achieve Radio Progarchive ParkTunes Tommy Thunder and The Tales of the Aether Age.: The Official Launch of the Dieselpunks ePulp Showcase! Press play, then continue... After much trial and tribulation (and more than a few curse words at Amazon for being so annoyingly stubborn) the writers of Dieselpunks.org would like to present: Dieselpunk ePulp Showcase (volume 1) Do you need more gritty, hard-boiled noir in your life?