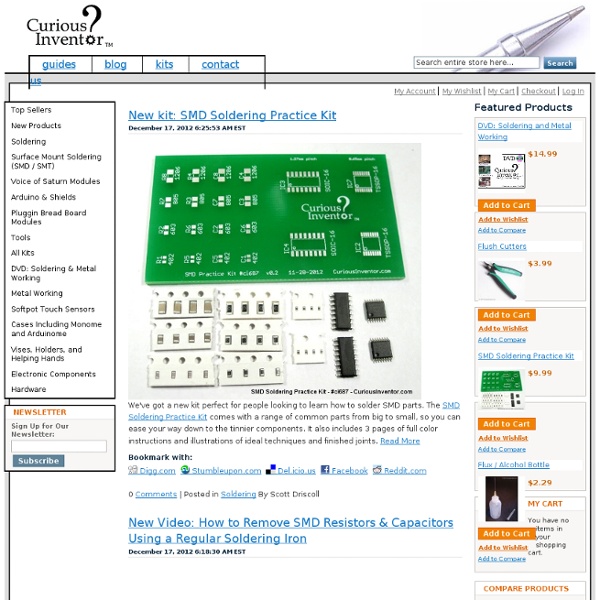 My Inventor Club is moving from a typical hacker-space sized building to a massive new location. The club will offer many of benefits of a hackerspace such as a full machine shop, laser cutters, 3D printers, space to build, etc., but also has enough room to be much more for the Atlanta community. They're planning on renting space to small hardware-based startups, serving as a co-location workspace, and maybe even holding conferences (mini makerfaires?). The wooden floor picture looks large enough to comfortably hold 100 makers all working with plenty of elbow room to spare, and they've got three floors that size, plus conference rooms. And even more mind-boggling, the 2nd picture shows another "factory" building big enough to hold a cruise ship or small factory. They're planning on having several car bays for auto work, amongst many other industrial machines.

Dank Grbl is a free, open source, high performance CNC milling controller written in optimized C that will run on a straight Arduino. Get the code at Github | Follow Grbl on Twitter MIT Center for Bits and Atoms designed a beautifyl snap fit CNC machine controlled by Grbl. Nortd Labs runs their open source laser cutters with a Grbl-based firmware Who shoud use Grbl

ECE4803B: Theory and Design of Music Synthesizers Instructor: Prof. Aaron LantermanOffice: Centergy 5212 (often) or Bunger-Henry 323 (rarely) Phone: 404-385-2548 E-mail: lanterma@ece.gatech.edu Course website: users.ece.gatech.edu/~lanterma/ece4803 When and where: MW, 4:30-6:00, Van Leer C457 (sent via real-time video link to GTREP) The photo: Aaron in the beginning stages of putting together the MOTM-485 VCF, which is based on the diode-ring Sallen-Key filter from the Yamaha GX-1 (in case you're wondering, the answer is yes, I am the only prof on my floor with a soldering iron!) Lectures may be downloaded as RealPlayer files. Warning: They're pretty big (150 to 200 MB).

Circuitbenders - Custom built electronic audio insanity machines..........;.url Grinding Lathe Tools on a Belt Sander – For the New Guy I’m a believer. As a new guy I totally sucked at grinding lathe tools. It’s almost painful to admit how many stubby, misshapen, multi-faceted, overheated and just plain ugly lathe tools I made back then. The amazing thing is that some of those tools actually worked as well as the pre-ground tools that came with my lathe. I started to believe those guys that tell you, “… just get it close and it will work.”

Math, Physics, and Engineering Applets Oscillations and Waves Acoustics Signal Processing Carrion Sound - .url Grbl development log First complete job … completed I finished a little Air-app to stream complete jobs to the Grbl and render the result. This is the first “full scale test” running some 7000 lines of sample G-code I scrounged from this thread on CncForum. The Air-app feeds g-code to the microcontroller one line at a time, while the microcontroller generates the steps and feeds them back to be simulated in the Air-app. Everything seems to be working perfectly - the only thing missing now is a test with real steppers on a real machine. You can get the code for the Air-based test-harness at the github-repository

library.thinkquest.org-16497-gather-cgi-bin-projects-1.gif.url CNC Router Build – The Stand The stand for my Solsylva 25x25-inch CNC router is made from 1x4-inch pine boards. Two of the supports are hinged so you can fold the router down so it takes up less storage space. Building the stand for my Solsylva 25×25 CNC router was pretty simple. Patented Dual-Crossbar Architecture for 32-bit ARM Microcontrollers Silicon Labs’ Precision32™ mixed-signal 32-bit microcontroller devices use a patented dual-crossbar architecture that allows designers to choose peripherals and pinout placement without worrying about pre-set limitations and pin conflicts — simplifying PCB routing, minimizing PCB layers and ultimately reducing design time and system cost. Here's what sets the 32-bit ARM microcontroller apart from the rest: Put Practically Any Peripheral On Any Pin

Retracting Key Ring Corrals Chuck Key Noticed this write-in tip from Matthew Hakeman in the most recent issue of The Family Handyman. Googling discovered the title image in a thread over at GarageJournal.com, from user evintho. Looks like he’s put a metal strap around the key between the handle and the teeth.