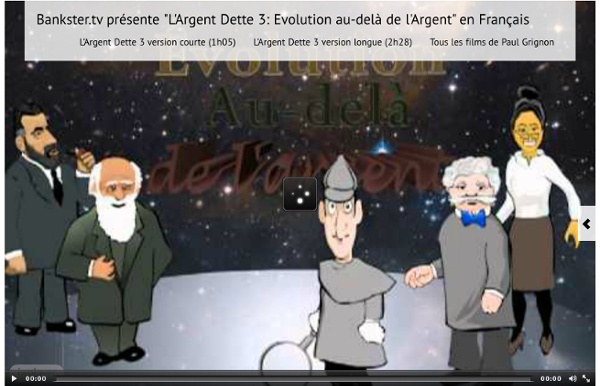 None of the world’s top industries would be profitable if they paid for the natural capital they use The notion of “externalities” has become familiar in environmental circles. It refers to costs imposed by businesses that are not paid for by those businesses. For instance, industrial processes can put pollutants in the air that increase public health costs, but the public, not the polluting businesses, picks up the tab. In this way, businesses privatize profits and publicize costs.

The Network of Global Corporate Control Abstract The structure of the control network of transnational corporations affects global market competition and financial stability. So far, only small national samples were studied and there was no appropriate methodology to assess control globally. The Iron Fist Behind the Invisible Hand INTRODUCTION. Manorialism, commonly, is recognized to have been founded by robbery and usurpation; a ruling class established itself by force, and then compelled the peasantry to work for the profit of their lords. But no system of exploitation,including capitalism, has ever been created by the action of a free market. Capitalism was founded on an act of robbery as massive as feudalism. It has been sustained to the present by continual state intervention to protect its system of privilege, without which its survival is unimaginable. The current structure of capital ownership and organization of production in our so-called "market" economy, reflects coercive state intervention prior to and extraneous to the market.

Who Controls Wall Street? « Who Controls America? Bank of America Corporation: Brian T. Moynihan(White European) – President and Chief Executive How Goldman Sachs And Its Henchmen Are Starving The World For today I had intended to write another installment on what happens when the Republicans get their way and the so called “free market” is left to regulate itself. Then, a picture on Facebook caught my attention (the picture to the left) and it reminded me of a much more immediate problem. I was planning to discuss the South Seas Company founded in England in 1711. I'll come back to it in a later article. Lest you be deluded into thinking that there are some behaviors so despicable that even bankers won’t engage in them to make a buck lets take a look at food speculation. Before we do that, however, we need to understand just a little about commodities markets.

Corporatism Is Not Capitalism: 7 Things About The Monolithic Predator Corporations That Dominate Our Economy That Every American Should Know Right now, there is a lot of talk about the evils of “capitalism”. But it is not really accurate to say that we live in a capitalist system. Rather, what we have in the United States today, and what most of the world is living under, is much more accurately described as “corporatism”. Under corporatism, most wealth and power is concentrated in the hands of giant corporations and big government is used as a tool by these corporations to consolidate wealth and power even further. In a corporatist system, the wealth and power of individuals and small businesses is dwarfed by the overwhelming dominance of the corporations. Eventually, the corporations end up owning almost everything and they end up dominating nearly every aspect of society.

Zombie Capitalism Book Review by Jonny Jones, July 2009 Chris Harman, Bookmarks Publications; £16.99 Lenin once wrote of politics, "There are decades when nothing happens; and there are weeks when decades happen." Your Brain on Poverty: Why Poor People Seem to Make Bad Decisions - Derek Thompson In August, Science published a landmark study concluding that poverty, itself, hurts our ability to make decisions about school, finances, and life, imposing a mental burden similar to losing 13 IQ points. It was widely seen as a counter-argument to claims that poor people are "to blame" for bad decisions and a rebuke to policies that withhold money from the poorest families unless they behave in a certain way. After all, if being poor leads to bad decision-making (as opposed to the other way around), then giving cash should alleviate the cognitive burdens of poverty, all on its own. Sometimes, science doesn't stick without a proper anecdote, and "Why I Make Terrible Decisions," a comment published on Gawker's Kinja platform by a person in poverty, is a devastating illustration of the Science study.

Poverty Impedes Cognitive Function The poor often behave in less capable ways, which can further perpetuate poverty. We hypothesize that poverty directly impedes cognitive function and present two studies that test this hypothesis. First, we experimentally induced thoughts about finances and found that this reduces cognitive performance among poor but not in well-off participants. Second, we examined the cognitive function of farmers over the planting cycle. We found that the same farmer shows diminished cognitive performance before harvest, when poor, as compared with after harvest, when rich. This cannot be explained by differences in time available, nutrition, or work effort. Psychopaths in Power and the Imminent Collapse of Global Society (It's all your fault!) I can't really comment in any informed way on societies in the East, except to point to the Chinese slave workers who produce mountains of plastic crap for Western nations to use and then dump in the ground and oceans; the Middle East's role as a bombing target, 'terrorist' recruiting ground and civil war factory for Western warmongers, and South East Asia and Africa as a block of new 'nations' born out of the 'white man's burden' to civilize their people via brutal colonization and then grant them 'independence' in the form of never-ending debt to Western banks. In the West, on the other hand, where I live, I can say with confidence that our modern society, its political and social conventions, customs and morality, has passed its expiry date and is well and truly moribund. Leading the cast in this tragicomedy (heavy on the tragi) we find our psychopathic leaders and their media whores trying extra hard to convince us that everything is just fine. Consider that: Domestic drones.