This company started giving employees Mondays off. This Former Sex Crimes Prosecutor Keeps Harassment Out of Her Kitchens. The Obsessive Curator of the Internet: Jason Hirschhorn. How 19 Big-Name Corporations Plan to Make Money Off the Climate Crisis. How to Be a Lawyer Without Going to Law School. Wavestorm’s $99.99 Surfboard Upends the Industry. On a recent Saturday along the Los Angeles coast, from Venice Beach all the way up past Malibu, tens of thousands of surfers jostled for position on the small, clean waves the Pacific was churning out. 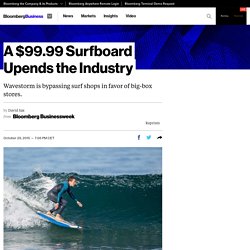 Many were riding the same board: an 8-foot blue-and-white Wavestorm, sold exclusively at Costco Wholesale stores for $99.99—the same price as the store’s Italian sausage-stuffed turducken. Since its debut in 2007, Wavestorm has become the most popular surfboard in the U.S., with about half a million sold. 9 questions about Denmark, Bernie Sanders’s favorite socialist utopia. When Hillary Clinton and Bernie Sanders debated the future of the Democratic Party earlier this week on CNN, they talked about the usual global hotspots, places like Syria, Iraq, Iran, and China. 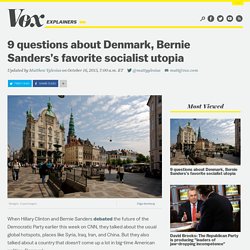 But they also talked about a country that doesn't come up a lot in big-time American politics: Denmark. Sanders cited it as a model of the kind of democratic socialism he'd like to bring to the United States. Tipping perpetuates racism, classism, and poverty — let's get rid of it! Restaurant industry leader Danny Meyer ends tipping. Who will follow? If you happen to have a late-November reservation at the Modern, Danny Meyer’s two-­Michelin-star restaurant in New York’s Museum of Modern Art, here’s some good news: When the bill comes, you’ll no longer have to do any fuzzy math on a full stomach and a few glasses of champagne. 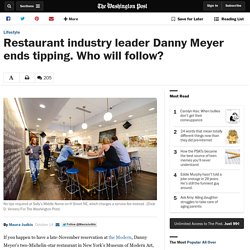 Meyer, head of the Union Square Hospitality Group, announced Wednesday that he is eliminating tipping at his full­service restaurants, beginning late next month. Unfortunately, there’s some bad news, too: Meyer’s initiative, which he is calling Hospitality Included, will raise prices 20 to 35 percent. So that $138 tasting menu could soon cost about $170. Danny Meyer Plans to End Tipping at All of His Restaurants. Sweden is shifting to a 6-hour work day. Despite research telling us it’s a really bad idea, many of us end up working 50-hour weeks or more because we think we’ll get more done and reap the benefits later. 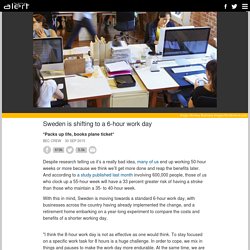 And according to a study published last month involving 600,000 people, those of us who clock up a 55-hour week will have a 33 percent greater risk of having a stroke than those who maintain a 35- to 40-hour week. With this in mind, Sweden is moving towards a standard 6-hour work day, with businesses across the country having already implemented the change, and a retirement home embarking on a year-long experiment to compare the costs and benefits of a shorter working day.

"I think the 8-hour work day is not as effective as one would think. To stay focused on a specific work task for 8 hours is a huge challenge. Better - Home. Better App Helps Nonprofits, Community Groups. Nonprofits have a rough go of things. 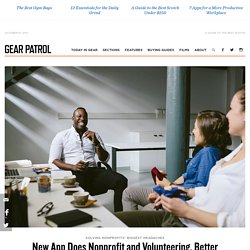 Large institutions that rely on donations have constant budgetary concerns, red tape and outreach efforts weighing down their workforce. Meanwhile, members of small community groups, often operating as microcosms of companies, are forced to regularly take on tasks outside their skill sets; out of necessity, and generally without pay, hours that could be spent doing what the group intends are instead wasted on managing spreadsheets, email blasts, logistics — the burden an office assistant would shoulder, in a more generously funded organization — and jumping between scores of scattered apps and programs to do so. The Pushy Pip-Squeak Behind a Massive Investment Fund. Help for Delayed Travelers Loath to Leave Money on the Runway. Photo. 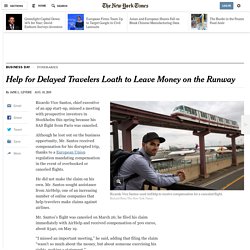 Hotels Fight Back Against Sites Like Expedia and Priceline. Photo For years, travelers have been drawn to online sites like Expedia, Travelocity, Orbitz and Priceline to find and reserve hotel rooms, flights and rental cars. 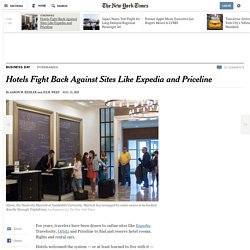 Hotels welcomed the system — or at least learned to live with it — even though the business came at the cost of substantial commissions. Starbucks Is About To Unleash 3,000 Wine Bars On America. We Tried One. This past Wednesday, a Starbucks in Williamsburg, Brooklyn, attempted to slide into the borough’s cool kids club with their new Starbucks Evenings program. 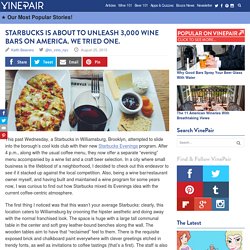 After 4 p.m., along with the usual coffee menu, they now offer a separate “evening” menu accompanied by a wine list and a craft beer selection. In a city where small business is the lifeblood of a neighborhood, I decided to check out this endeavor to see if it stacked up against the local competition. Also, being a wine bar/restaurant owner myself, and having built and maintained a wine program for some years now, I was curious to find out how Starbucks mixed its Evenings idea with the current coffee-centric atmosphere.

The first thing I noticed was that this wasn’t your average Starbucks: clearly, this location caters to Williamsburg by crooning the hipster aesthetic and doing away with the normal franchised look. The space is huge with a large tall communal table in the center and soft grey leather-bound benches along the wall. Our Leadership Principles. Coca-Cola is making a move to sell organic, cold-pressed juices and smoothies! Since 1995, independent organic food companies have been cut down from 81 to 15. 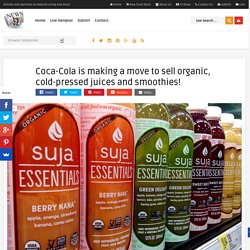 Today, many of your favorite organic products in your local grocery stores are owned by companies such as Coca-Cola, Campbell Soup Co, and ConAgra. (1) Independent organic food companies have declined from 81 to 15 since 1995 Consumers are more aware of how food choices impact their health. With organic food on the rise, many large companies are seeking to provide organic options to consumers. Ikea's Minimum Wage Hike Was So Successful, It's Raising Wages Again. WASHINGTON -- A year after it first announced a major minimum wage hike in its U.S. stores, Ikea said Wednesday that it plans to implement another nationwide raise to its wage floor next year, bringing the average store's starting pay to nearly $12 per hour. 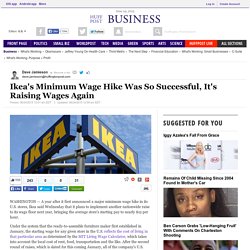 Under the system that the ready-to-assemble furniture maker first established in January, the starting wage for any given store in the U.S. reflects the cost of living in that particular area as determined by the MIT Living Wage Calculator, which takes into account the local cost of rent, food, transportation and the like. After the second round of raises, which is slated for this coming January, all of the company's U.S. stores will be paying at least $10 per hour, and the average minimum wage across all locations will be $11.87 -- a 10.3 percent increase over the previous year, according to the company. "We're very pleased so far," Olson said.

AMR and US Airways: The last great American airline merger. Will Pot Barons Cash In on Legalization? - Newsweek and The Daily Beast. Ten years of excellence. At La Guardia, Delta Uses iPads to Fill the Wait Time. Catfish Farmers Fight Fish Glut and High Feed Prices. Boy Scouts To Try Out Single Gay 12-Year-Old Before Making Decision. How Etsy Got Over Middle-School-Cafeteria Syndrome - Kellan Elliot-McCrea, the CTO of Etsy, recently shared the anecdote below at a private seminar held by a leading venture capital firm for its portfolio companies. (For the un-initiated, Etsy is a wildly popular online craft marketplace with over 15 million users—80 percent female—and, until recently, a 4.5 percent-female engineering staff.) Etsy also had a substantial “boys versus girls” dynamic, where engineers (mostly male) sat on one side and the women on the other...

Good industrial design may also be the key to successful innovation and commercial success. Unfortunately, however, relatively few Norwegian companies distinguish themselves on the design front. The customer isn’t always right. Co-creation is when companies and customers create experiences, new products and services together. How the Maker of TurboTax Fought Free, Simple Tax Filing. The Rise of Big Chocolate - By Lina Khan. Coin Wants To Replace Every Single Credit Card In Your Wallet. The Onion's Tips For Succeeding As A Woman In The Workplace. Best Response To Starbucks Cease And Desist Letter Ever. Xiaomi's Ambition. Coolmaterial.