This Land Is Mine 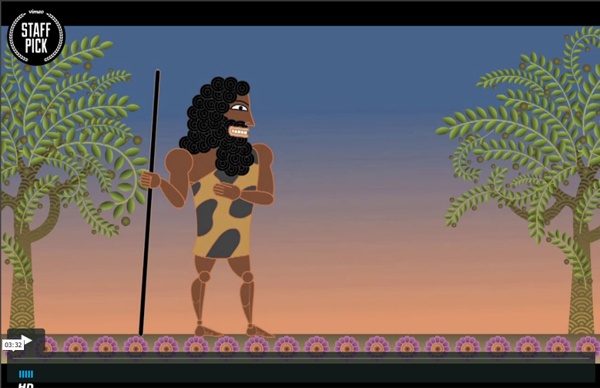 Religious Right and the Trump problem The Monday after America heard Mr. Trump’s vulgar boasting, Ralph Reed, the political strategist thought to have a genius for turning out evangelical voters, delivered a full-throated defense of why Christians should vote for the nominee to students at Liberty University. That same day, Mark DeMoss, a highly regarded Christian public relations professional who, in the 1980s, was the chief of staff to Liberty’s founder, Jerry Falwell Sr., told me, “The evangelical movement has, in my view, forfeited any future moral authority in American public life.” Dr. Seuss's Political Cartoons Are On Show – And Are Eerily Relevant Theodor Geisel was a political thinker. The lifelong cartoonist drew hundreds of confrontational and thoughtful panels highlighting not only his disdain for Hitler and war, but for American inactivity and politicking during World War II as well. Most people don’t know this side of the man, for it was his middle name used in his most famous works. Seuss. Working for PM, a daily newspaper in New York City, Dr.

You're not going to believe what I'm about to tell you Comics Blog Books Column: This is what happens when you take Ayn Rand seriously The core of Rand’s philosophy is that unfettered self-interest is good and altruism is destructive. “What if we indeed allowed ourselves to be blinded to all but our own self-interest?” asks columnist Denise Cummins. Photo by Dirk Knight via Flickr “Ayn Rand is my hero,” yet another student tells me during office hours. “Her writings freed me. Vigilantes In India: Protecting Sacred Cows, Promoting A Hindu Way Of Life : Parallels A buffalo market in central Rajasthan, India. Drivers ferrying these animals to slaughterhouses have been intercepted and accused of transporting cows, an animal many Hindus consider sacred. A new report from Human Rights Watch says that this devotion to protecting the cow has contributed to recent vigilante violence. Julie McCarthy/NPR hide caption toggle caption Julie McCarthy/NPR

The KKK was a pyramid scheme exploiting racism for money — Quartz The 1920s KKK made a lot of money selling robes, memorabilia, candy, and life insurance policies to its own members Today, the Ku Klux Klan is one of the most extreme and reviled symbols of American racism. But there was once a time when the fringe hate group verged on “mainstream.” In the 1920s, its members numbered in the millions and made up a significant percentage of the US population. This is the KKK that claimed to control elections and counted U.S. presidents among its members. Claire Beckett photographs American converts to Islam in her series, “The Converts.” Copyright Claire Beckett In post–Sept. 11 America, some have—wrongfully—imagined a line between American-ness and Islam. Claire Beckett’s portraits of American converts to the faith complicate that notion by shining a humanizing light on those who’ve experienced both sides of the supposed divide. “I intend for my photographs to open up questions for the viewer, to allow someone seeing this work to think through the issues on their own.

Top 20 Greatest Inventions of All Time Technology is a core component of the human experience. We have been creating tools to help us tame the physical world since the early days of our species. Any attempt to count down the most important technological inventions is certainly debatable, but here are some major advancements that should probably be on any such list (in chronological order): 1. FIRE - it can be argued that fire was discovered rather than invented. Certainly, early humans observed incidents of fire, but it wasn’t until they figured out how to control it and produce it themselves that humans could really make use of everything this new tool had to offer.

The Mystic In The Machine – Sam Barlow – Medium The Tao of computation Imagine a black dot on white paper. A visual representation of duality. Which is something and which is nothing? An American pretended to be from Uganda in college, and learned a different side of beng black in America — Quartz Zora Bikangaga was born in Fresno, California and grew up in a white suburb in the state’s north called Healdsburg. As one of the only two black boys in the neighborhood, Bikangaga was the subject of racial slurs and threats of physical bullying. He was called terms like porch monkey and a coon; a shopkeeper once asked him to empty his pockets to see if he was stealing; and a childhood friend once told him to sit in the back of the class “where you belong.”

Salem Memorializes Those Killed During Witch Trials The 19 men and women who were hanged at Proctor's Ledge during the Salem witch trials 325 years ago have been memorialized at the site of their deaths in Salem, Mass. Stephan Savoia/AP hide caption toggle caption Stephan Savoia/AP