The True Story of the Philadelphia Experiment 1 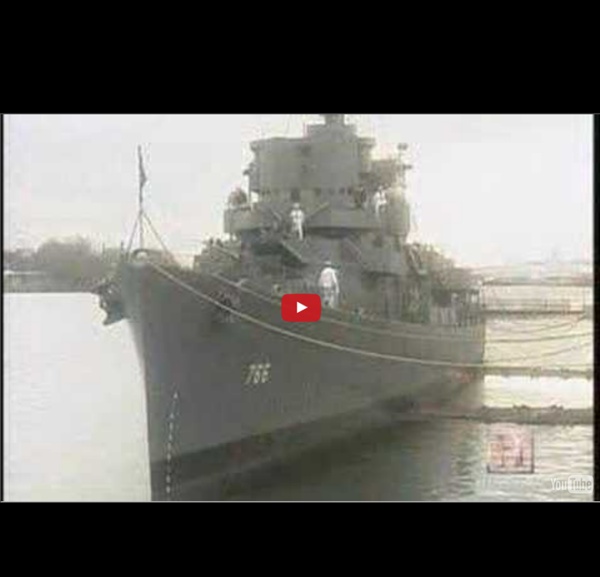 Assassination Archives and Research Center brainz Psychology as we know it is a relatively young science, but since its inception it has helped us to gain a greater understanding of ourselves and our interactions with the world. Many psychological experiments have been valid and ethical, allowing researchers to make new treatments and therapies available, and giving other insights into our motivations and actions. Sadly, others have ended up backfiring horribly — ruining lives and shaming the profession. Here are ten psychological experiments that spiraled out of control. 10. Stanford Prison Experiment Prisoners and guards In 1971, social psychologist Philip Zimbardo set out to interrogate the ways in which people conform to social roles, using a group of male college students to take part in a two-week-long experiment in which they would live as prisoners and guards in a mock prison. 9. Wendell Johnson, of the University of Iowa, who was behind the study Theodore Kaczynski, the Unabomber, also seen top 7. 6. 5. 4. 3. 2. 1. David Reimer

Document Friday: Project ARTICHOKE, or the CIA Attempt to Create an Unwitting Assassin Through Hypnosis | UNREDACTED Poster for the 1962 hypno-assassination thriller, The Manchurian Candidate. The 1962 film The Manchurian Candidate –based on Richard Condon’s 1959 novel– portrays an American soldier who is hypnotized by Communists and trained to assassinate American officials on command. This 22 January 1954 CIA memo shows that the Agency also pondered using hypnotized assassination. The report’s central question was, “Can an individual of [redacted] descent be made to perform an act of attempted assassination involuntarily under the influence of ARTICHOKE?” Later, the document stipulated that this assassination attempt would be “against a prominent [redacted] politician or if necessary, against an American official.” According to the memo, CIA operatives would test this theory on a foreign national (his country of origin is redacted) who was once an Agency asset, but had since stopped cooperating. “Access to the SUBJECT would be extremely limited, probably limited to a single social meeting. Wow.

A Century Ago Rockefellers Funded Eugenics Initiative To Sterilize 15 Million Americans Source: www.truthstreammedia.com | Original Post Date: December 13, 2014 – Some people are still under the impression that the Rockefeller Foundation is all about philanthropy: helping people and saving lives. Those people are Bill Gates and Bill Gates and Warren Buffet. In reality, the Rockefellers have been one of the largest financial backers and drivers of the eugenics and the depopulation agenda for over a century now. Check out these 1915 newspaper clippings we came across in research. The article, “Rockefeller, Jr., On Eugenic Problems,” is about a play produced by the Rockefellers called “The Unborn.” “For the first time in dramatic history the perplexing problem of the limitation of undesirable offspring which has been engaging the attention of thoughtful eugenists and sociologists the world over is dealt with on the stage in a play that we are to produce. But wait… At first glance, it sounds like modern-day birth control and a woman’s right to choose, doesn’t it?

USAF UFO Project Blue Book files go online for free Finally, decades after the United States Air Force closed their official investigations into the UFO phenomenon, the files are online in their entirety for free. Project Blue Book is regarded as the third UFO investigation project by the USAF. The first was Project Sign, which began in 1947, then Grudge, which ran from 1949 to 1951, and the final project, Blue Book, ran from 1951 to 1969. The files surrounding the investigation of the sightings are all included in the Project Blue Book files. The United States National Archives Building in Washington D.C. Either way, although these files have all been declassified, since the close of Project Blue Book, it has taken a trip to the National Archives to get full access to them. Note: Apparently you can download the files at Fold3 for free now, but it is one page at a time, and in the jpeg picture format. Now researchers and UFO enthusiasts, including myself, can save some money. The staff of Project Blue Book. – End of Interview –

Two US Wars Of Aggression You Probably Never Heard Of John VibesActivist Post While there are only a few wars that are recognized by the public education system and mainstream media, the US has been involved in hundreds of different wars and invasions all over the planet in the past 100 years. Below is some information about just two of the wars that are often left out of the history books. Between 1964 and 1973, the U.S. dropped over two million tons of bombs on Laos during 580,000 bombing missions, making Laos the most heavily bombed country in history. According to Wikipedia: The United States Invasion of Panama, code-named Operation Just Cause, was the invasion of Panama by the United States in December 1989. During the invasion, de facto Panamanian leader, general, and dictator Manuel Noriega was deposed, president-elect Guillermo Endara sworn into office, and the Panamanian Defense Force dissolved. John Vibes writes for TheAntiMedia.org, where this first appeared. You Might Also Like

The Dark Nexus of Mind Control and Artificial Intelligence 5th February 2015 By Jay Dyer Guest Writer for Wake Up World In researching the MK Ultra (trauma-based mind control) programs and their various offshoots, I came across an interesting connection to the coming ‘SmartGrid‘. Under Dr. Is there a connection between mind control and artificial intelligence? In my analysis, the rollout of the great technological utopia we are being sold was not the result of mere organic market forces that competed to produce harder, better, faster and stronger products. The connection to MK ULTRA arises in relation to experiments with jc manipulation which I have already highlighted in regard to Dr. “MK ULTRA SUBPROJECT-68This was Dr. When we consider the intersect with drug experimentation, the cocktail of brainwashing, “imprinting” and RF frequency technology becomes clear as something engineered by design. “There were an enormous number of MKUltra operations. In this MKSearch sub-project the isolation chamber that had been constructed earlier by Dr.