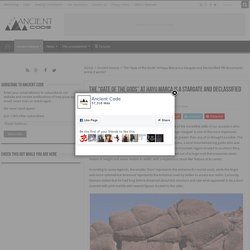 This huge ‘stargate’ is one of the most impressive monuments in the region, but the truth behind it could be far greater than any of us thought possible. The so-called Stargate was discovered by Jose Luis Delgado Mamanu, a local mountaineering guide who was exploring the area. While enjoying the view at the Hayu Marca mountain region located in southern Peru, he came across the giant door-like structure which was carved out of a huge rock that measures seven meters in height and seven meters in width, with a mysterious ‘door-like’ feature at its center. ATLANTEAN GARDENS. Earthcode: Bloodline of the Holy Grail ~ Forbidden truth revealed through Historical Evidence & Ancient Texts.

Introduction by Paula Peterson We live in an era of disclosure ... where secrets kept for decades by governments and for centuries by religions and spiritual dogma are finally being revealed. 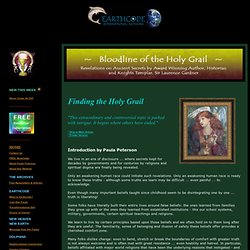 Only an awakening human race could initiate such revelations. Only an awakening human race is ready to know these truths - although some truths we learn may be difficult ... even painful ... to acknowledge. Even though many important beliefs taught since childhood seem to be disintegrating one by one ... truth is liberating! Some folks have literally built their entire lives around false beliefs: the ones learned from families they grew up with or the ones they learned from established institutions - like our school systems, military, governments, certain spiritual teachings and religions. We learn to live by certain principles based upon those beliefs and we often hold on to them long after they are useful.

The Greatest Story NEVER Told - The Untold Story of Adolf Hitler. Conspiracies — To Be Free Is To Be Happy. EBOOK I `WHAT YOU HAVEN`T BEEN TOLD.` Available for immediate download in Epub PDF, and Mobi, file formats. 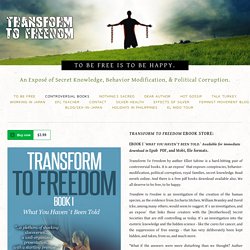 Transform To Freedom by author Elliot Sabino is a hard-hitting pair of controversial books. It is an expose` that exposes conspiracies, behavior-modification, political corruption, royal families, secret knowledge. Read novels online. And there is a free pdf books download available also. Iron cup discovered inside a piece of Coal that is 300 million years old. It’s a perfect piece of metal and it was discovered in 1912 in a mine in Wilburton, Oklahoma, its discoverer was Frank J. 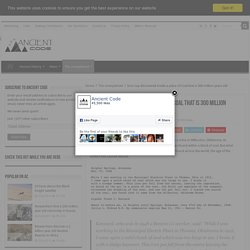 Hellstorm - Exposing The Real Genocide of Nazi Germany (Full) THE-GREAT-AMERICAN-ADVENTURE.pdf. The Forbidden History of Ancient China: Aryan Mummies and Hundreds of Pyramids. [Hitler regarded individuals who were 6ft. 6in. and taller as being closest genetic relatives of the original proto-Aryan tribes from central Asia from which the Caucasian people and civilizations are said to have descended. 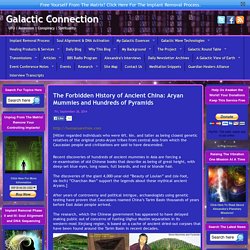 Recent discoveries of hundreds of ancient mummies in Asia are forcing a re-examination of old Chinese books that describe as being of great height, with deep-set blue eyes, long noses, full beards, and red or blonde hair. Secret Mysteries of Americas Beginnings Volume 1 The New Atlantis.divx. Great Giza Pyramid - The Giza Cover up - What they don't want you to know V1.0. The remains of a 200,000 year old advanced civilization found in Africa. The incredible discovery was made in South Africa, around 150 km west of port Maputo. 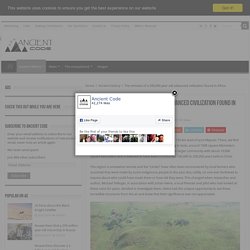 There, we find the remains of a huge metropolis that measures, according to tests, around 1500 square kilometers. This ancient city is, according to researchers, part of an even larger community with about 10,000 square kilometers and is believed to have been constructed 160,000 to 200,000 years before Christ. The region is somewhat remote and the “circles” have often been encountered by local farmers who assumed they were made by some indigenous people in the past. But, oddly, no one ever bothered to inquire about who could have made them or how old they were. Underground Pyramid at Tiahuanaco in Bolivia - UFOmania - the truth is out there. HOW IT WAS IN REALITY. Where Did Chief Joseph Get His Mesopotamian Tablet? When Chief Joseph, a renowned Nez Perce leader, surrendered to Europeans in 1877, he gave a special gift to General Nelson Appleton Miles, wrote Vine Deloria, Jr. in his book Red Earth white Lies. 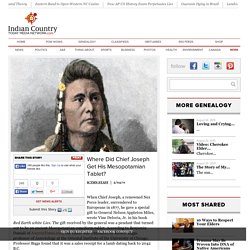 The gift received by the general was a pendant that turned out to be an ancient Mesopotamian cuneiform tablet. According to Benjamin Daniali of AssyriaTimes.com, the tablet was translated by Robert Biggs, professor of Assyriology at the Oriental Institute of the University of Chicago. Professor Biggs found that it was a sales receipt for a lamb dating back to 2042 B.C. Mary Gindling of Helium’s History Mysteries wrote, “The chief said that the tablet had been passed down in his family for many generations, and that they had inherited it from their white ancestors. Chief Joseph said that white men had come among his ancestors long ago.” The story of Chief Joseph’s tablet leaves us with a mystery. Chief Joseph’s pendant was not the only Mesopotamian tablet found in North America.