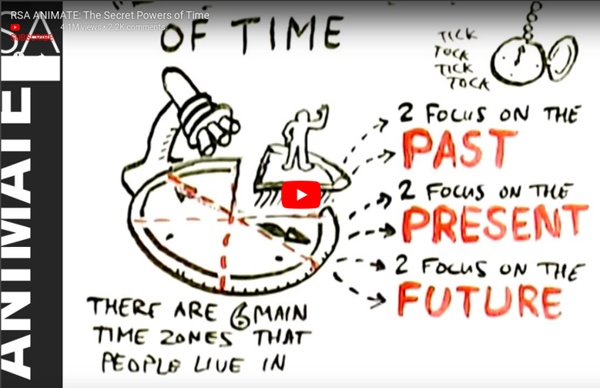 Better Identification of Viking Corpses Reveals: Half of the Warriors Were Female Shield maidens are not a myth! A recent archaeological discovery has shattered the stereotype of exclusively male Viking warriors sailing out to war while their long-suffering wives wait at home with baby Vikings. (We knew it! The Busy Person’s Lies HOW’S life? Oh, busy. So goes the mindless modern conversation — a constant assertion of the scarcity of time. A December Gallup poll found that 61 percent of working Americans said they did not have enough time to do the things they wanted to do. Some of us feel this more acutely than others: A 2015 Pew Research Center survey found that 9 in 10 working mothers said they felt rushed all or some of the time.

Do Try This At Home Scientific experiments do not need to happen in fancy laboratories. Exploring science can happen at home using inexpensive supplies. Oobleck Physicists find we’re not living in a computer simulation Just in case it’s been weighing on your mind, you can relax now. A team of theoretical physicists from Oxford University in the UK has shown that life and reality cannot be merely simulations generated by a massive extraterrestrial computer. The finding – an unexpectedly definite one – arose from the discovery of a novel link between gravitational anomalies and computational complexity. In a paper published in the journal Science Advances, Zohar Ringel and Dmitry Kovrizhi show that constructing a computer simulation of a particular quantum phenomenon that occurs in metals is impossible – not just practically, but in principle.

Dual DNA Streams For European Inheritance This is a careful analysis of the apparent DNA distribution throughout . It is observed that two groups of peoples emerged by way of naturally expanding populations. The Southern one is presumed to originate out of the Levant to dominate the Mediterranean littoral. I see no reason to do other than presume the initial flow from Anatolia into as pretty indicative of what was going on. The issue is determining the application of agriculture. A Formula to Stop You from Overcommitting Your Time When I dive into time coaching clients’ schedules, I consistently discover that people misdiagnose themselves as having a “productivity” problem when, in fact, their bigger issue is an overcommitment problem. When they have committed to more external projects and personal goals and obligations than they have hours for in the day, they feel the massive weight of time debt. One of my coaching clients suffered from a huge amount of false guilt until he realized he had the unrealistic expectation that he could fit 160 hours of tasks into a 40-hour workweek.

MadPet - Funny Pets Videos and Pictures Mother nature is beautiful and hosts us thousand of beautiful species and breathtaking nature and environment we live in. All around the world there are a lot of untested areas and a lot of species that are not discovered. In today’s article we will show you top 22 animals that are discovered, but rare and not so well known. Check them out and let us know if you have any more suggestions… The Dhole The Dhole is a species of canid native to South and Southeast Asia.

About SYS — Madeline Schwartzman See Yourself Sensing: Redefining Human Perception is an explosive and timely survey that explores the relationship between design, the body, technology and the senses over the last fifty years. Get ready to say goodbye to unconscious sensing and embrace cyborgs, post-humans, mediated reality and all manner of cutting edge sensory interventions like seeing with your tongue or plugging your nervous system directly into a computer. Astounding experiments with interaction design, cybernetics, neuroscience and art illustrate how we see and sense, and how artistic interpretation can undermine our fundamental perception of the world and ourselves. The book presents the work of key practitioners in this field, from Rebecca Horn's mythical wearable structures and Stelarc's robotic body extensions, to Carsten Höllers' neurally interactive sculptures, as well as the work of artists who have emerged in the last five years, like Internet sensation Daito Manabe, Hyungkoo Lee and Michael Burton.

MindMapping: Mind Maps, PDF Management and Reference Management Combined Are you using mind mapping tools such as MindManager, FreeMind or XMind? And reference management tools such as JabRef, Endnote, or Zotero? And do you sometimes even create bookmark in PDFs? Then you should have a look at SciPlore MindMapping. SciPlore MindMapping is the first mind mapping tool focusing on researchers’ needs by integrating mind mapping with reference and pdf management. SciPlore MindMapping offers all the features one would expect from a standard mind mapping software, plus the following special features for researchers: Encyclopedia: Medieval Cosmology and Worldview Medieval cosmology was centered around the concept of the Ptolemaic universe, named after Greek astronomer Ptolemy (ca. 150 CE). In this geocentric (earth-centered) model, the earth was the motionless center of the universe, with the rest of the universe revolving around it in spheres. Ptolemy's work was based on Aristotle's (384-322 BCE) idea of an ordered universe, divided into the sublunary, or earthly, region which was changeable and corruptible, and the heavenly region, which was immutable and perfect. Aristotle posited that the heavens contained 55 spheres, with the Primum Mobile, "Prime Mover" or "First Moveable", giving motion to all the spheres within it. Centermost in this cosmology was the Earth. The sublunary sphere was comprised of the four elements (earth, water, fire, and air).