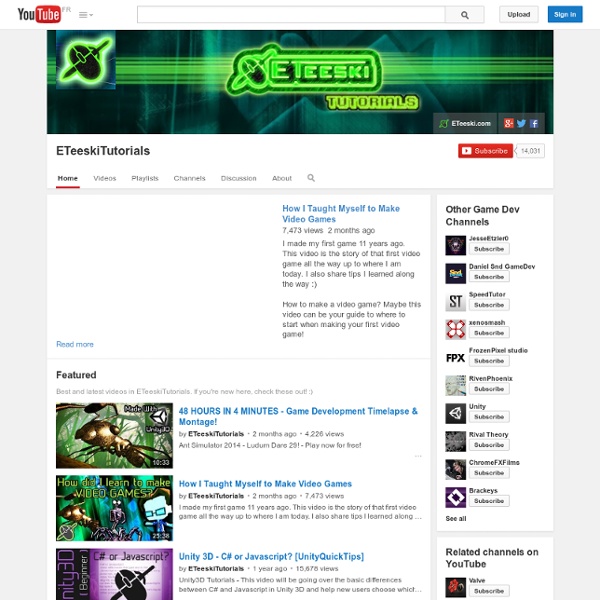 ProtoMario Did you REMEMBER to LIKE and Check the Links Below? Want to see my Pokemon Theories before anyone else? Donate over at Patreon for exclusive links to my theories before anyone else! This Link is only for a One Time Donation, link below- Your Donations not only help my shows, but also help the poor, needy, and hungry, as well as Children who need toys. A Better Explanation can be found here- I stream at on TwitchTV - Like Me On Facebook for Free Frequent Posts Online Gaming Codes- Tweet About Me On Twitter for Fast Updates and Free Gaming Codes- Join my Circle on Google + Myspace If You Still Use It- Tuumblr For Those Who Tumble- I use Royalty Free Music, Please see the Link Below for Credit- Add Me- More Design Patterns | xeophin.net/worlds Writing Serialised Data to a String Instead of a File in C# Instead of writing the serialised data to a file, which can be done using using (Stream s = File.Create("foo.xml")), you might want to have just the string – maybe because you want to send it to a server? You can use the StringWriter class to do so: string data;using (StringWriter stream = new StringWriter()) { xs.Serialize (stream, foo); data = stream.ToString();} Uploading Data to a Server in Unity 3D Unfortunately, you can’t directly upload data to server in Unity 3D. Since you can create POST variables in Unity, you can mainly work with those in your script. A very simple, preliminary implementation could look like this: concierge.php <? NetworkSave.cs Of course, this design allows for quite some flexibility, since it decouples the storage of data from the game logic.

The guide to implementing 2D platformers | Higher-Order Fun Having previously been disappointed by the information available on the topic, this is my attempt at categorizing different ways to implement 2D platform games, list their strengths and weaknesses, and discuss some implementation details. The long-term goal is to make this an exhaustive and comprehensible guide to the implementation of 2D platform games. If you have any sort of feedback, correction, request, or addition – please leave it in the comments! Disclaimer: some of the information presented here comes from reverse engineering the behavior of the game, not from its code or programmers. I can think of four major ways in which a platform game can be implemented. Type #1: Tile-based (pure) Character movement is limited to tiles, so you can never stand halfway between two tiles. Flashback, shown with tile boundaries Examples: Prince of Persia, Toki Tori, Lode Runner, Flashback How it works Advantages of this system include simplicity and precision. Type #2: Tile Based (Smooth) Slopes

The Glitch Mob From the new album 'Love Death Immortality' ~ OUT NOW ~ Digital: Love Death Immortality playlist: SUBSCRIBE: Directed & Produced by Susi Sie - Susi created this video using the science of cymatics. All scenes were filmed by using lycopodium powder, a Canon 5D, a 100mm macro lens, two chairs and a subwoofer. Susi is an award winning director, DoP, editor and artist, whose work moves between the fields of art and science. She is on a a mission to explore the physical and mathematical nature of unusual forms, substances and materials to show the hidden beauty and magic of our natural world that constantly surrounds us. Strictly applying analog techniques and refusing any computer animations or effects, Susi Sie's haptic and detailed work is above all a highly personal study of the genuineness, perception and authenticity of things.

2D Vector Graphics for Unity - Ragespline.com Better Programmer Art I've worked building tools and engines for artists making games and visual effects for more than ten years, and I've always been baffled by the distinction that people make between "programmer art" and "real game art". Also, I've noticed that the only people who will give you a free pass for bad programmer art are other programmers. Regardless of how fun your game is, or how technically awesome your tech demo is, the non-programmers you show it to are going to think: Is that a jetpack or a tumor? Often, you can find a way to generate good art without having to create it from scratch. Mason McCuskey offers some excellent suggestions for sources of game art in his article " Good Game Art When You're Not An Artist". But sometimes, you just have to create your art from scratch. But I can't draw...really.. If that's what your programmer art looks like, this article is for you. But where do I find a palette? Resources:

how indie gaming is reviving the Britsoft s PlayStation killed Britsoft. We didn't realise it at the time, but it took a cold, technological scythe to the British development community. And Lara Croft, that gloating figurehead of the PlayStation Generation, once viewed as a symbol of this region's success and creativity, should now been read as a harbinger of doom. Because, nothing was ever the same again. Of course, PlayStation didn't destroy the whole business of developing major videogames in the UK – that's still happening, though largely for foreign paymasters. Later came the dominant bad boys of the Amiga era - Sensible Software and the Bitmap Brothers - with their hyper-polished, subtly anarchic 2D masterpieces. Except, they're not. Fuelled by vibrant online development communities, indie gaming festivals, and new distribution channels, it is waking up. Robert Fearon got into games when his parent bought him a Spectrum in 1984. Matt James, name-checked by Fearon, is another rising star of the neo-Britsoft scene.

Kotaku Leave a comment or post your own video here: Highlight Reel is Kotaku's regular roundup of amazing plays, stunts, records, and other great moments from around the gaming world. Please check out the original videos in the links below, and send us your favorite clips to highlightreel@kotaku.com For more Highlight Reel subscribe to our channel, and check out kotaku.com/highlightreel This is Highlight Reel for October 20th Beam me up Scotty -- We start off this beautful Monday with a clip from GTA V where Darkstar demonstrates what boats can really do if you just put your mind to it. The Evil Within -- Dumb In The Evil Within, Dumb Fox climbs down this ladder, but sees that there are monsters waiting for him. Smash Bros Melee -- At the Vegas Smash meetup, Geoff, playing here as Captain Falcon, pulled off this beautiful Falcon Punch.