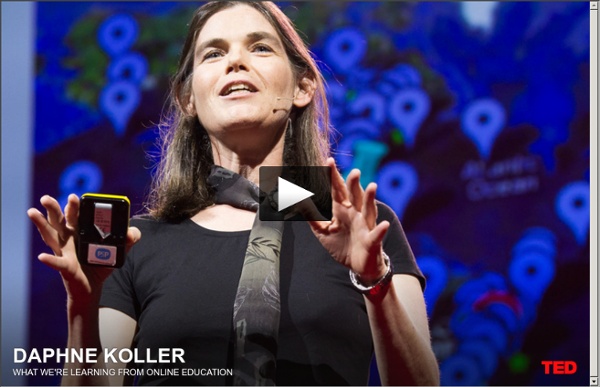 VERVE: Plug the world into your computer by inXus interactive "[The] possibilities seem endless." Tom Spendlove, Designer Edge "Verve lets you play games like you never have before." Vegard Ottervig, Teknofil "[The] interface makes customization the absolute easiest thing ever!" Grant Lahaie, EpicPodQuest Riesman model of Education and Culture In April 1997 the Harvard University Gazette reported, "The journal Contemporary Sociology has named the best-selling sociology book ever... The Lonely Crowd (Yale University Press) by David Riesman, [with] Nathan Glazer, and Reuel Denney, which the journal says has sold some 1.4 million copies since it was published in 1950." Interestingly, if the web is anything to go by, it is the fact of its popularity and influence which is most remarked, rather than what it says. I once met Riesman when I was an undergraduate, and he was a visiting professor. That memory has not unduly influenced my respect for his book, which could hardly be written today, so sweeping and courageous is it in its scope.

The Future Of Education And Teaching These talks offer insights, concerns, and inspiration while discussing today’s educational practices and shortcomings, from a variety of perspectives. TED is a nonprofit devoted to “Ideas Worth Spreading”, bringing together people from three worlds: Technology, Entertainment, Design. If you’re not already a fan of TED, maybe these will open your eyes to this wonderful resource. Education is only one of the vast array of topics covered in TED talks, so if you enjoy any of the videos below, you might want to click through the the site and check out some more of them.

What Schools Can Learn From Google, IDEO, and Pixar A community about to build or rehab a school often creates checklists of best practices, looks for furniture that matches its mascot, and orders shiny new lockers to line its corridors. These are all fine steps, but the process of planning and designing a new school requires both looking outward (to the future, to the community, to innovative corporate powerhouses) as well as inward (to the playfulness and creativity that are at the core of learning). In many ways, what makes the Googles of the world exceptional begins in the childhood classroom -- an embrace of creativity, play, and collaboration. It was just one year ago that 1,500 CEOs identified creativity as the number-one leadership competency in our complex global marketplace. We can no longer afford to teach our kids or design their schoolhouses the way we used to if we’re to maintain a competitive edge.

Videos Creative Commons Kiwi This short and fun animation video by Creative Commons Aotearoa New Zealand explains the CC licenses. A Shared Culture Batsocks - Controlling Two LEDs per uC pin Controlling Two LEDs per uC pin Introduction Sometimes you just run out of pins to control your LEDs. There are lots of options open to you, not limited to: A larger uC with more pins. The student authored syllabus Author: Suz Burroughs In either formal learning, informal learning or models which transition between the two, there are many opportunities for learners to co-create the syllabus and/or outline their own course of action. The sage on the stage of formal instruction must become at the most a guide on the side who acts as a coach appearing only when needed rather than as a lecturer who determines the content that the learners need to master. In the following inspirational but certainly not prescriptive examples, we will focus on co-learning methods drawn from a Social Constructivist perspective, which fits nicely here. We offer a few examples below to show a range of learner centered approaches.

Personal learning environment Personal Learning Environments (PLE) are systems that help learners take control of and manage their own learning.[1] This includes providing support for learners to: Set their own learning goals.Manage their learning, both content and process.Communicate with others in the process of learning. A PLE represents the integration of a number of "Web 2.0" technologies like blogs, Wikis, RSS feeds, Twitter, Facebook, etc. around the independent learner. Using the term "e-learning 2.0", Stephen Downes describes the PLE as: "... one node in a web of content, connected to other nodes and content creation services used by other students. It becomes, not an institutional or corporate application, but a personal learning center, where content is reused and remixed according to the student's own needs and interests.

Infographic of the Day: Even Poor Countries Can Excel in Education Sitting comfortable in our first-world lives, it's easy to assume that we've got the best of everything. And it's easy to assume that problems of infant mortality, hunger and education are simply a matter of having a roaring GDP. But that's not true at all, as these remarkable interactive graphs show. Produced by The Guardian and the Gates Foundation, the charts are draw from the Millennium Development Report Card. Fareed Zakaria Suspended by CNN and Time Over Plagiarism One of the brightest lights in the media world, and one of the most influential Indian Americans in the country, has admitted to plagiarism. Time magazine and CNN suspended writer and “GPS” TV host Fareed Zakaria Aug. 10 for one month after it came to light that he had copied information in an article from The New Yorker. A conservative media site called NewsBusters noticed that Zakaria’s column titled “The Case for Gun Control” in the Aug. 20 issue of Time too closely mimicked an April 23 New Yorker article about gun control by historian Jill Lepore. Zakaria issued a statement later in the day Aug. 10 saying, “Media reporters have pointed out that paragraphs in my Time column this week bear close similarities to paragraphs in Jill Lepore’s essay in the April 23 issue of The New Yorker.

Arduino LCD KeyPad Shield (SKU: DFR0009) Introduction Arduino LCD KeyPad Shield (SKU: DFR0009) The LCD Keypad shield is developed for Arduino compatible boards, to provide a user-friendly interface that allows users to go through the menu, make selections etc. Journal of e-Learning and Knowledge Society The Challenge of Open Education Eleonora Pantò, Anna Comas-Quinn Abstract Digital culture and the remix culture it has generated have changed the way in which knowledge and learning are constructed.‬