The Arts – live, free and on demand 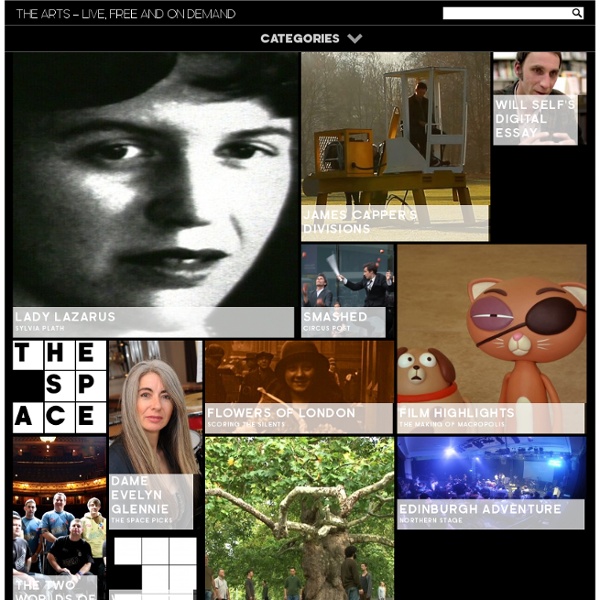 How to add Medibuntu repository in Ubuntu 12.04 Precise pangolin and 11.10| Via Terminal and GUI Updated 10/03/2012 Medibuntu is a packaging project dedicated to distributing software that cannot be included in Ubuntu for various reasons, related to geographical variations in legislation regarding intellectual property, security and other issues: patentability of software, algorithms, formats and other abstract creationlegal restrictions on freedom of speech or communicationrestrictions on the use of certain types of technical solution, such as cryptographylegal restrictions on imports of software technology, requiring for example specific permissionsetc. In this tutorial will show you how to add medibuntu repository to Ubuntu 9.10+ and above including the upcoming release Ubuntu 12.04 LTS Precise Pangolin 1- Install Medibuntu using command Line in Ubuntu 9.10 + ( Including Ubuntu 12.04 LTS Precise Pangolin): Open terminal and enter the folowing command : Now you may also wish to add the following packages. sudo apt-get install app-install-data-medibuntu apport-hooks-medibuntu Is done.

A beginner's guide to BitTorrent sob, demonoid is no private tracker. half the torrents are externally tracked from the likes of tpb. even then it's ridiculously slow. and if you think oink is impossible to get into, good luck with the other great and more elusive and unknown private trackers out there. I'm tempted to recommend inviteshare, but most of the best aren't even on there..and the ones that are..fat chance of getting an invite (particularly when your email address is out there in the open to the site admins too...). Also, pg2 is only as good as its blacklist, which is not good at all because it blocks IP addresses arbitrarily based on known blocks belonging to certain organizations and what have you. So essentially, peer guardian is a complete waste of resources for bittorrent. Lastly, the "official" bittorrent client is better known as mainline.

sidewalk chalk guy sidewalk chalk guy «« back to gprime.net all material copyrighted by its original creator | Blogs Space isn’t as empty as you’d think – especially in the first few thousand miles above the Earth. Here, the once pristine heavens, are littered with the detritus of half a century of space travel. Defunct satellites, spent rocket stages, nuclear reactors, bags of rubbish, items of space clothing, nuts, bolts and flecks of paint – it’s staggering what you can find up there (though rumours of orbiting space turtles might be exaggerated). In short, space on Earth’s doorstep is a junk yard – a junk yard that streaks through space faster than a speeding bullet. Nor is this a purely aesthetic problem. At this very moment, the Earth is wrapped in an orbiting shell containing hundreds of thousands of deadly projectiles – that is threatening to become an impenetrable wall of spacecraft-destroying detritus (pretty dramatic eh?).

LLU Provider Overview - BT BT Wholesale provide the vast majority of the nations ADSL connections. Achieving some 60,000 new connections per week at one point, BT Wholesale sell ADSL connections to ISPs such as Pipex, PlusNet, Eclipse, Demon, BT Yahoo/Broadband and many, many others. A range of different pricing models exist (Standard, usage and capacity based charging), and this is part of the reason why we see such a vast range of different and very competitive offers from ISPs nowadays. Many of the smaller ISPs offering ADSL (such as ADSL24 and UKFSN) do not purchase from BT directly due to the high cost of the BT Central product. Instead, these ISPs will purchase services from other wholesalers such as Entanet, Net Services and MurphX (who have sufficient buying power to buy from BT directly). It is BT Wholesale that operate the network of 5500 ADSL enabled exchanges and 800-odd SDSL enabled exchanges. Providers using BT Wholesale to provide broadband connections: BT Retail group (BT Yahoo! Coverage Maps

Lockdown: The coming war on general-purpose computing This article is based on a keynote speech to the Chaos Computer Congress in Berlin, Dec. 2011. General-purpose computers are astounding. They're so astounding that our society still struggles to come to grips with them, what they're for, how to accommodate them, and how to cope with them. This brings us back to something you might be sick of reading about: copyright. But bear with me, because this is about something more important. In the beginning, we had packaged software and we had sneakernet. Enter Digital Rights Management in its most primitive forms: let's call it DRM 0.96. These failed for two reasons. Typically, the way this happened is a programmer, with possession of technology and expertise of equivalent sophistication to the software vendor itself, would reverse-engineer the software and circulate cracked versions. This gave us DRM 1.0. But, as they say on the Internet, now you have two problems. That's a lot of problems. Reality asserts itself. Consider radio.