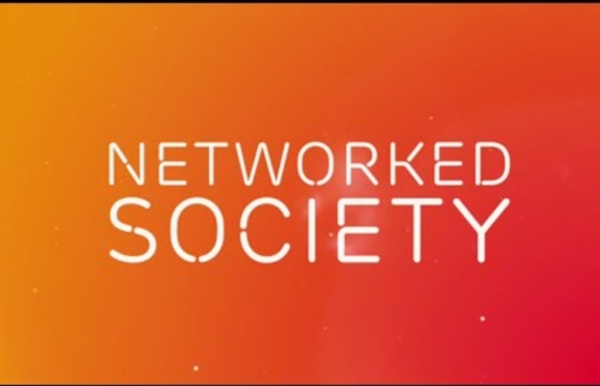 Put multiple links into one - Oops! The bunch is either not defined or has been blocked. If you followed this bunch link from another website, you should notify the site owner. Paradise School: An Educational Revolution British-Indian Educator Shilpa Mehta Opens Cutting Edge, Technology-Centred Secondary School in Aldona It’s Based on the Teachings of TED-Prize Winner Sugata Mitra, of “Hole in the Wall” Fame The Paradise School, combining technology, self-learning, collaboration and a firm commitment to academic excellence, opens today in Aldona. To say it’s a school with a difference is an understatement, as the goal is nothing less than an educational revolution in Goa and in India, tapping into each child’s limitless potential. For all those parents searching for an extraordinary education for their children in this corner of the world, Paradise School might just be the ticket.

The 35 Best Web 2.0 Classroom Tools Chosen By You 100 Web 2.0 Tools Every Teacher Should Know About 44.24K Views 0 Likes We're always trying to figure out the best tools for teachers, trends in the education technology industry, and generally doing our darnedest to bring you new and exciting ways to enhance the classroom. But I wanted t... 20 Free and Fun Ways To Curate Web Content 23.98K Views 0 Likes Four Inventive Games That Show Us the Future of Learning By Tanner Higgin, Graphite I think of contemporary art as a kind of futurism. Artists tinker away in their studios like engineers, making challenging (often weird) things that reframe what’s possible. In the process, they pioneer new ideas and technologies that sometimes get realized on a mass scale years later. Look no further than Drake’s “Hotline Bling,” which borrowed heavily from James Turrell’s work, or Kit Galloway and Sherrie Rabinowitz’s “Hole in Space,” which staged a New York to Los Angeles Skype-like video chat in 1980.

The Best 210 Websites To Help Teachers Make Learning Fun The 90-Second History Of Education 9.77K Views 0 Likes Well here's an insanely detailed infographic to peruse. It's the history of education and details the past, present, and future. Education By Christina Pazzanese, Harvard Staff Writer After centuries of relative torpor, technology breakthroughs have begun to reshape teaching and learning in ways that have prompted paradigm shifts around pedagogy, assessment, and scholarly research, and have upended assumptions of how and where learning takes place, the student-teacher dynamic, the functions of libraries and museums, and the changing role of scholars as creators and curators of knowledge. Michael Sandel, Anne T. and Robert M. Bass Professor of Government, teaches a popular interactive course, “Justice,” which is also an online course available across the globe. Kris Snibbe/Harvard Staff Photographer

Quipol Thousands of you have built polls to learn from and interact with the world, and I want to thank you now for your patronage, your feedback, and all the excitement that you have brought to my life. I owe you an explanation, so here it is: We’re not out of money, and we’re not out of passion—on the contrary, this journey has ended so that another one can begin. In July of 2012, I started building a new application with three other gentlemen, with the hopes of bringing a new level of simplicity, elegance, and usability to business-based education and training. What the modern world has forgotten about children and learning (iStock) Here is an unusual post by a writer and filmmaker that takes a deep look into the worlds of children and learning. It was written by Carol Black, director of the documentary film “Schooling the World” and creator with her husband Neal Marlens of the television series “The Wonder Years.” She studied literature and education at Swarthmore College and UCLA, and for the past 25 years has been deeply involved in the unschooling and alternative education movements as a parent, activist, and teacher of writing and filmmaking.

Create quizzes Age Restrictions. You may only use the Site and Services if you are: (i) at least 13 years of age; or (ii) if you are under 13 years of age, with the consent of your teacher or a legal parent or guardian. By using the Site and Services, you hereby represent and warrant that you are at least 13 years of age or, if you are under 13 years of age, that you have the consent of your teacher, legal parent, or guardian to use the Site and Services. Verification of Identity. 10 Scientific Studies That Prove Consciousness Can Alter Our Physical Material World Nikola Tesla said it best, “the day science begins to study non-physical phenomena, it will make more progress in one decade than in all the previous centuries of its existence. To understand the true nature of the universe, one must think it terms of energy, frequency and vibration.” Swami Vivekananda influenced Tesla’s work, an Indian Hindu monk and chief disciple of the 19th century saint Ramakrishna.

UX to LX: The Rise of Learner Experience Design The term “user experience” or “UX” wasn’t always an overused Silicon Valley buzzword. Coined in the mid ‘90s by Don Norman, while he was vice president of advanced technology at Apple, it refers to an abstract way to describe the relationship between a product and a human. Back then, Norman argued that technology must evolve to put user needs first—the opposite of how things were done at the time. It wasn’t until 2005 that UX gained mainstream relevance: 42 million iPods were sold that year and the mass market experienced great design at scale.

FREE iOS and Android App Maker How it Works This is the basic workflow used when working with the online control panel and the iOS or Android software developer kits (SDK) to make mobile apps. The steps are not always done in this order but this is the general idea. 1) Learn at buzztouch U™ Begin by taking some fun lessons at buzztouch U™ so you get off to a good start. Don't be anxious, thousands of folks are just getting started learning how to make apps. Blog: Top 10 Google Apps Scripts for Education Get Google Apps News & Tips Today’s guest blog post is contributed by Andrew Stillman, he is a 15-year veteran STEM and outdoor educator and Senior Systems Developer at New Visions for Public Schools, where he supports 76 NYC secondary schools in the use of Google Apps for Education and other sustainable technologies. His goal is to foster efficient, high-capacity urban schools through the development of automation and system-building tools that allow educators to solve their own systems and workflow challenges.