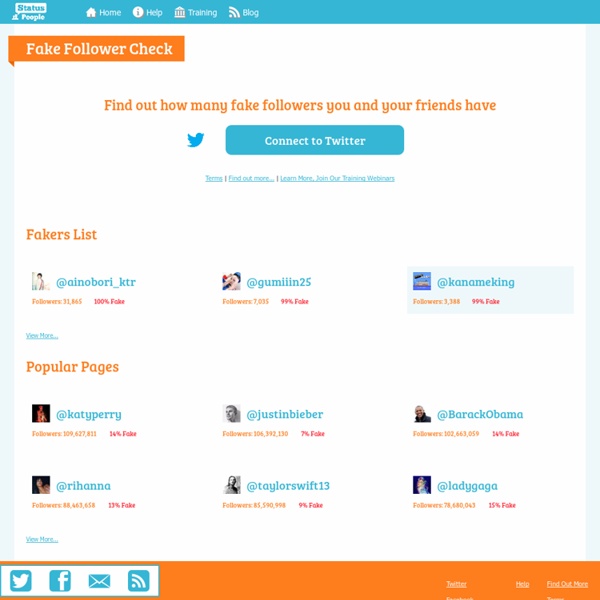 20+ Tools that will turn you into a Twitter Power User There’s no denying it, I’m a Twitter fanatic and have been since Twitter launched. One of the reasons that Twitter became so popular was due to the number of 3rd party apps that were created to help manage your Twitter account. Twitter made it very easy for app developers to develop apps that interacted with Twitter using their API. Things aren’t quite as sweet now since Twitter make it much more difficult to develop apps. Some Twitter tools have bitten the dust, and so you’ll see plenty of articles that still list non-existent Twitter apps.

Twitter Search, Monitoring, & Analytics With iOS 9, Search lets you look for content from the web, your contacts, apps, nearby places, and more. Powered by Siri, Search offers suggestions and updates results as you type. There are two ways to use Search on your iOS device. Quick Search

BlastFollow - Brian M. Carey This application will allow you to search for Twitter users based on a keyword. It will then return the number of users who have tweeted that keyword recently. You will have the option to follow all of those users en masse, which is a really efficient way to follow people who share your interests on Twitter. Learn more. The One Twitter Trick You Should be Using but Aren't So you clicked? Yes! The good news is that unlike 99% of articles that share a title like the one above, this one is actually going to be worth your precious click. I’m here to teach you a Twitter trick that almost no one knows. AdEspresso - Simple, Powerful Facebook Ads Manager If you're serious about making your Facebook ads work, you have to use Adespresso. It has made my life much easier and my campaigns more effective.Emeric Ernoult, AgoraPulse AdEspresso seriously takes Facebook ads to the next level! I'm only using one feature, and it's doubling ROI/cutting spend in half.

Iconic Tweets Who Tweeted It First Know who shared a link or tweeted a quote first on Twitter Search #FirstTweet Reddit Tumblr Facebook How to Stand Out on Twitter Every day on Twitter, more than 500 million tweets are sent. That translates to about 5,700 tweets every second, according to the social media site. That’s a lot of 140-character tweets floating around.