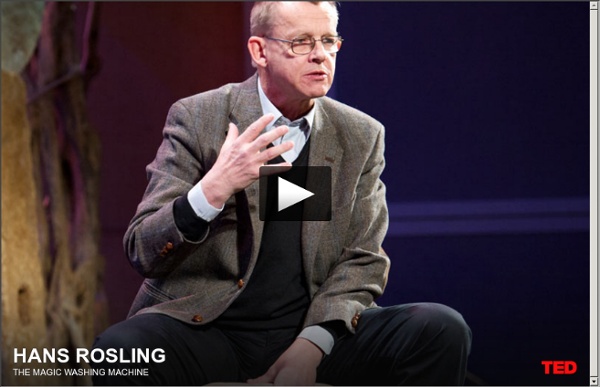 5 Great TED Talks for Teachers As you probably know, this year's TED 2013 prize went to Sugata Mitra for his outstanding wish " School in The Cloud ". Digging through the achievements of this educational researcher, I found out that Sugatra is behind the popular Hole in The Wall experiments that proved that kids learn more in the absence of adult supervision and formal teaching. For Sugatra peer interest and curiosity are the main drives for kids' effective learning . The central idea behind hole-in-the-wall is that groups of children learn on their own without any direct intervention. This was conceptually explained by Dr Sugata Mitra, Chief Scientist of NIIT, as Minimally Invasive Education (MIE).

China's middle-class boom - Jun. 26 Since 1980, yearly earnings for an average Chinese household multiplied ten times over. NEW YORK (CNNMoney) -- As China's economy has exploded over the last 30 years, so too have the incomes and living standards of average Chinese people. The average disposable income of urban Chinese households rose to around $3,000 per capita in 2010, according to an analysis of official government statistics by China Market Research Group.

Sustainable Energy Energy is central to sustainable development and poverty reduction efforts. It affects all aspects of development -- social, economic, and environmental -- including livelihoods, access to water, agricultural productivity, health, population levels, education, and gender-related issues. None of the Millennium Development Goals (MDGs) can be met without major improvement in the quality and quantity of energy services in developing countries. UNDP's efforts in energy for sustainable development support the achievement of:

Sir Ken Robinson on the Power of the Imaginative Mind (Part One) Ken: Good evening. Education reform is, I think, now the major global challenge, and I just wanted to share some thoughts with you then open this up for some conversation before we're done. Who's been to Las Vegas? All: Yeah. Ken: What is that? [Laughter] Really. Economy of India The independence-era Indian economy (from 1947 to 1991) was based on a mixed economy combining features of capitalism and socialism, resulting in an inward-looking, interventionist policies and import-substituting economy that failed to take advantage of the post-war expansion of trade.[21] This model contributed to widespread inefficiencies and corruption, and the failings of this system were due largely to its poor implementation.[21] In 1991, India adopted liberal and free-market principles and liberalised its economy to international trade under the guidance of Former Finance minister Manmohan Singh under the Prime Ministrship of P.V.Narasimha Rao, who had eliminated Licence Raj, a pre- and post-British era mechanism of strict government controls on setting up new industry. Overview[edit] The combination of protectionist, import-substitution, and Fabian social democratic-inspired policies governed India for sometime after the end of British occupation.

The End of Education As We Know It By Scott Barry Kaufman Imagine being 6 or 7 years old again, learning about addition and subtraction for the first time. How wonderful would it be, while taking a quiz, to be able to rub a genie’s bottle and choose from a number of on-the-spot metaphors for mathematical concepts, like what a fraction really means? Or picture this:

Watch 10 seconds of high-frequency stock trading in super slow motion Presumably, it will take them a bit of time to actually read out the resolution. How do you know there weren't computers executing the trade before the news reached Chicago? Maybe they were measuring the probability that the decision would be made. In addition, a spike in trading could be bets placed both ways. There could be short options bought or long.

Let's use video to reinvent education - Salman Khan With a library of over 4,000 videos on everything from arithmetic to physics, finance, and history and hundreds of skills to practice, the Khan Academy is on a mission to help people learn what they want, when they want, at their own pace.Sir Ken Robinson makes an entertaining and profoundly moving case for creating an education system that nurtures (rather than undermines) creativity in his 2006 TED Talk.Listen to the story on NPR about the YouTube Phenomenon, as it celebrated its five-year anniversary in 2010. Robert Siegel talks to Alex Pham, technology journalist for the Los Angeles Times, about its effect on the online world.In 2011, the World Bank launched a new Education Sector Strategy 2020, “Learning for All.”