PRWeek outlines biggest players in world PR with launch of Global Power Book. The Global Power Book features Q&A profiles with more than 300 PR leaders from both agency and in-house who have an influence across multiple borders. 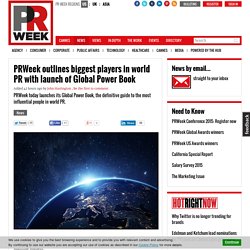 As part of the project, the PR leaders were asked to answer a series of questions that offer revealing insights into them and the industry in general. These include their favourite PR campaign of the past year, their most respected politician, most admired brand or business, and the best advice they’ve ever received. Global Power Book entrants were asked to identify the biggest single challenge facing the profession, and talk about how their role has changed over the past five years.

The 100 top tech PR executives in the world. “If I was down to my last dollar, I’d spend it on public relations.” 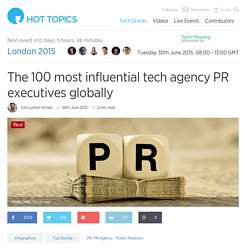 Do you know who said that? It was Bill Gates. Founder of one of the most successful technology businesses ever created. “It takes 20 years to build a reputation and 5 minutes to ruin it.” Tono Studios Helps Marketers Reach Hispanics With Culturally Authentic Ads. Photo. 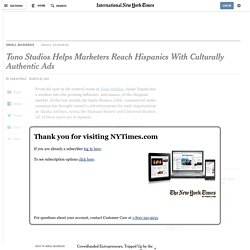 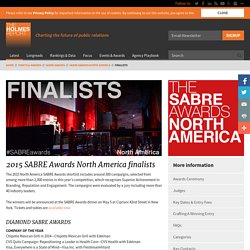 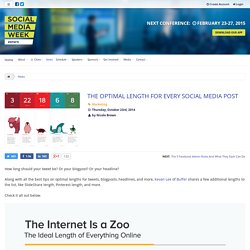 Or your blogpost? Or your headline? Along with all the best tips on optimal lengths for tweets, blogposts, headlines, and more, Kevan Lee of Buffer shares a few additional lengths to the list, like SlideShare length, Pinterest length, and more. Check it all out below. The best TED talks for corporate communicators. Have you ever wanted to ask Disney filmmakers how they write magical and unforgettable stories? 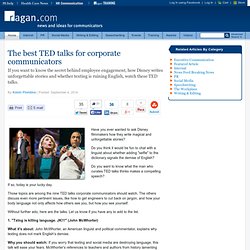 Do you think it would be fun to chat with a linguist about whether adding "selfie" to the dictionary signals the demise of English? Do you want to know what the man who curates TED talks thinks makes a compelling speech? If so, today is your lucky day. Those topics are among the nine TED talks corporate communicators should watch. Best Places to Work in US PR 2014. During working hours, Cohn & Wolfe has had internal celebrations with themes including summer luau, World Cup, and back to college. 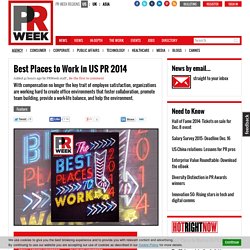 They are not staged by management to relieve tension caused by client demands, but rather as a way for peer groups – for example, all of the account executives from across teams – to get to know each other. 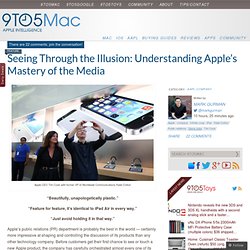 Why Are There So Many Women in Public Relations? The field is nearly two-thirds female. 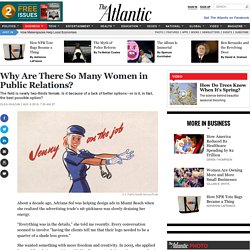 Is it because of a lack of better options—or is it, in fact, the best possible option? About a decade ago, Adriana Sol was helping design ads in Miami Beach when she realized the advertising trade’s nit-pickiness was slowly draining her energy. “Everything was in the details,” she told me recently.

10 New Year's resolutions for PR pros. With the advent of 2014, it’s important to look back at 2013 and to evaluate yourself, whether in a personal way or with a business outlook. The Best PR Advice You’ve Never Heard - from Facebook’s Head of Tech Communications. Converged Media. Messaging. Pitching. Planning. Campaigns. PR Measurement. Journalists. Exec Conferences. ExecRank - The Leading Authority on Executive Rankings, Lawyer Rankings & More. IR. PR Lessons. PR Firms. Instant access to freelance professionals, experts, and consultants - Get work done on Elance. "We Need A Fundamentally Different Way To Create A Brand": An Agency CEO Sums Up The State Of Advertising. In Content Era, What’s the Role of Agencies? Brands have the content bug. 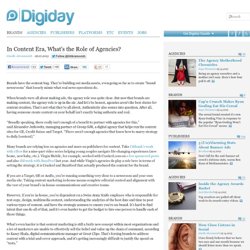 They’re building out media assets, even going so far as to create “brand newsrooms” that loosely mimic what real news operations do. When brands were all about making ads, the agency role was quite clear.

6 PR trends to watch in 2014. PRWeek Awards Finalists 2013. Holmes Report Names Americas Specialist PR Agencies Of The Year. NEW YORK—Leading specialist firms Hunter PR, Brunswick, Olson Engage, W2O Group, Makovsky + Company, Global Strategy Group, and Highwire are The Holmes Report’s 2014 Specialist Agencies of the Year. The firms were selected by The Holmes Report’s editorial staff from among finalists announced last week. The selections are based on our Agency Report Card process, which seeks input from more than 100 agencies across the US and the Americas, with growth, awards, and industry perceptions also taken into account. Power List 2014: Power principals. Fleishman And Kroll Partner To Offer Data Security Services. NEW YORK—FleishmanHillard has forged an alliance with risk management firm Kroll to deliver client services focused on cybersecurity and data breach risk mitigation.

Kroll will focus on enterprise network security and threat detection, incident investigation and response, and notification of consumers impacted by a breach. FleishmanHillard will provide strategic communications, crisis management and reputation recovery services. The alliance was formed to meet what the firms say is a growing demand from companies of all sizes for cyber-related preparatory services. It is focused on serving organizations that have not yet experienced a data breach or cyberattack and helping them prevent one from occurring. In the event of a breach, the alliance will also provide investigation, remediation and crisis management services. “Companies are now thinking about their levels of risk in proactive ways. Opera Software Taps Engage For B2B PR. Opera Software has brought on Bay Area-based boutique Engage to lead its North American B2B PR as it looks to make its cloud-based mobile video optimizer more widely adopted by US-based wireless operators.