A list of everything the Trump administration has done so far. WASHINGTON — Much of President Donald Trump’s first weekend in the White House was driven by criticism from Trump and press secretary Sean Spicer of media coverage over the size of his inauguration crowd. 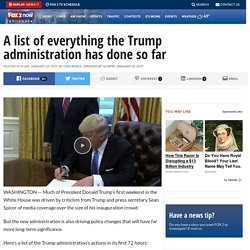 But the new administration is also driving policy changes that will have far more long-term significance. CAF Website Hacked By Russian Group - Ghanacelebrities.com. Inside Venezuela's hidden healthcare crisis. Venezuela is in the midst of a healthcare crisis caused by a crippling lack of state resources. 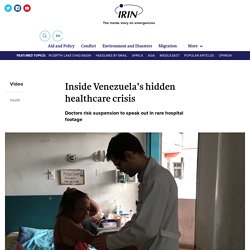 Medicines and basic hospital equipment are now in such short supply that doctors struggle to make diagnoses, let alone provide treatment. And yet, they continue to try to do their best for their patients, even as they lack the tools to deal with a resurgence of previously eradicated diseases such as malaria and diphtheria and rising maternal and infant mortality rates. Meanwhile, the government of President Nicolas Maduro has refused to lift a ban on international aid that could alleviate the crisis. The government also restricts media access to public health facilities and penalises health workers who speak out. Hospitals have armed guards, and journalists caught inside face arrest. Jamaica Voted to Block UN Mandate of the Independent Expert on Sexual Orientation and Gender Identity. The voting board for the Draft Amendment on December 19. 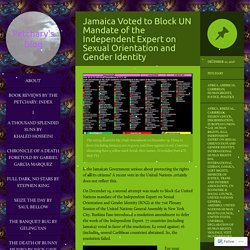 Those in favor (including Jamaica) are in green, and those against in red. Countries abstaining have a yellow mark beside their names. (Screenshot from UN Web TV) Is the Jamaican Government serious about protecting the rights of all its citizens? A recent vote in the United Nations certainly does not reflect this. Berlin Christmas market: 9 dead, at least 50 injured in truck crash. Authorities have apprehended the suspected driver, according to a police spokesman. 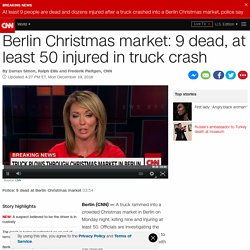 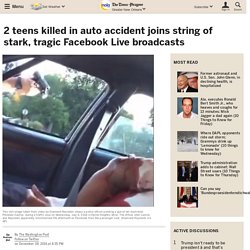 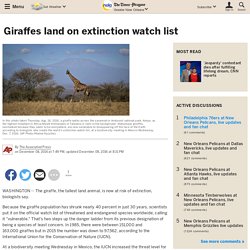 Because the giraffe population has shrunk nearly 40 percent in just 30 years, scientists put it on the official watch list of threatened and endangered species worldwide, calling it "vulnerable. " That's two steps up the danger ladder from its previous designation of being a species of least concern. In 1985, there were between 151,000 and 163,000 giraffes but in 2015 the number was down to 97,562, according to the International Union for the Conservation of Nature (IUCN). At a biodiversity meeting Wednesday in Mexico, the IUCN increased the threat level for 35 species and lowered the threat level for seven species on its "Red List" of threatened species, considered by scientists the official list of what animals and plants are in danger of disappearing. 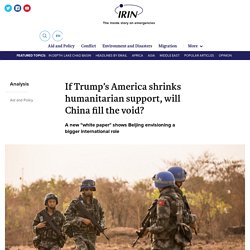 It comes after statements from US president-elect Donald Trump that suggest he will lead his country in retreat from internationalism. Can China fill a potential void in humanitarianism? The received wisdom is that China’s internal dynamics limit the country’s ability to become a true humanitarian leader, but there are indications it might seek to raise its profile in certain fields, particularly peacekeeping and possibly climate change. “The white paper focuses on development, but it does not promise anything about democracy, personal freedom and human rights,” said Xu Guoqi, a professor of history at the University of Hong Kong who is writing a book called The Idea of China.

Log In. Photo WASHINGTON — President-elect spoke by telephone with Taiwan’s president on Friday, a striking break with nearly four decades of diplomatic practice that could precipitate a major rift with China even before Mr. 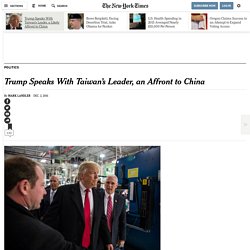 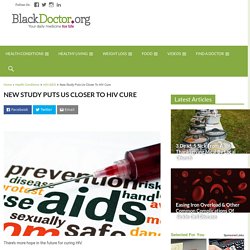 A new study found that an experimental HIV vaccine coupled with an immune system-stimulating compound showed signs for a cure. Using monkeys with a virus equivalent to human’s HIV, the combination of the vaccine and compound reduced the virus to undetectable levels without antiretroviral treatments, according to Huffington Post. Unlike antiretroviral treatment, which keeps HIV at low levels in the body, this vaccine and immune system compound could actually lead to a cure. Lead study investigator, Dan Barouch, infected 36 monkeys with a virus similar to HIV. Then, he gave the monkeys an antiretroviral treatment to suppress virus levels. South African Deputy President Booed at World Aids Day Event. Log In. He is now one of just a few surviving witnesses to the Islamic State’s killings in Hamam al-Alil. 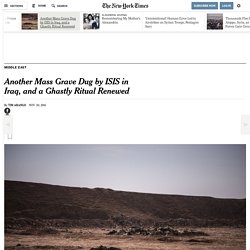 One evening around 8 p.m. several weeks ago, he said, he watched from his rooftop as eight minibuses drove toward the area where the mass grave was discovered, and he heard gunshot after gunshot. “I saw Daesh bury 200 bodies over here,” he said, using an Arabic acronym for the Islamic State, which is also known as or ISIL. (The official government estimate is that roughly 100 people were killed in Hamam al-Alil. But Human Rights Watch, after carrying out its own investigation, believes that at least 300 were killed there.)

Ohio State attacker plows into crowd, stabs people on campus with butcher knife. COLUMBUS, Ohio -- A man plowed his car into a group of pedestrians at Ohio State University and then got out and began stabbing people with a butcher knife before he was shot and killed by an officer Monday morning, campus police said. Nine people were hurt, one critically, and Columbus Police Chief Kim Jacobs said police were looking into whether it was a terrorist attack. The details emerged after a morning of confusion and conflicting reports that began with the university issuing a series of tweets warning students that there was an "active shooter" on campus near the engineering building and that they should "run, hide, fight.

" Numerous police vehicles and ambulances converged on the 60,000-student campus, and authorities blocked off roads. Ohio State Police Chief Craig Stone said that the attacker drove over a curb outside a classroom building and that an officer who was nearby shot the driver. 'I Was Misunderstood On Trump's Election' - Liberian President.

Trump supporter rants on airplane, Delta apologizes, AJC reports. In a video posted to Facebook on Tuesday, November 22, 2016, a man is shown shouting "Donald Trump, baby! " Uganda: South Sudan Refugees Resort to Selling Charcoal for Survival. By Robert Elema Yumbe — The continued influx of South Sudan refugees has exerted more pressure on environment with more trees being cut for firewood in the refugee settlement camps. Reports from the Office of the Prime Minister indicate incessant cutting down of trees in Bidibidi Refugee Settlement Camp. Donald Trump's rise could boost his empire or damage his brand. Days after Donald Trump's election victory, a news agency in the former Soviet republic of Georgia reported that a long-stalled plan for a Trump-branded tower in a seaside Georgian resort town was now back on track.

Likewise, the local developer of a Trump Tower planned for Buenos Aires announced last week, three days after Trump spoke with Argentina's president, that the long-delayed project was moving ahead. Meanwhile, foreign government leaders seeking to speak with Trump have reached out to the president-elect through his overseas network of business partners, an unusually informal process for calls traditionally coordinated with the U.S. State Department.

Video shows neo-Nazi 'alt-right' rally cheer president-elect with 'Hail Trump' Untitled. How Digital Industry Can Solve the Sustainable Development Goals. A Lesson for Trump in Syria: The Enemy of My Enemy Is… My Enemy. The president-elect’s view of the Syrian situation is so full of contradictions even Putin is backing away. The Russian presidential administration’s readout of the phone call was terse but telling.