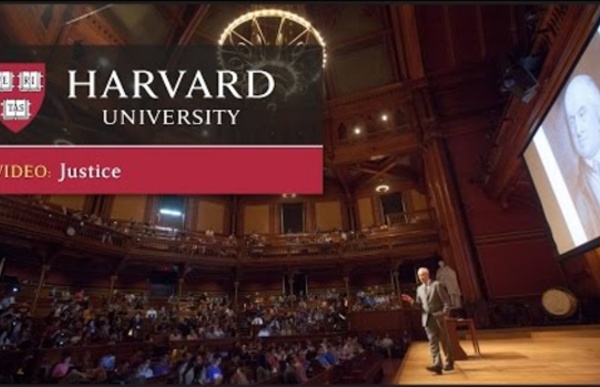 Leiter on Dworkin on "Justice for Hedgehogs" Brian Leiter (University of Chicago) has posted The Empire Strikes Back: Errors and Mistakes in "Justice for Hedgehogs" on SSRN. Here is the abstract: In "The End of Empire: Dworkin and Jurisprudence in the 21st Century," I demonstrated that the seven most distinctive Dworkinian theses about the nature of law and adjudication have been extensively and decisively criticized over the past three decades, so much so that Dworkin himself has abandoned several of them. Dworkin has now responded to my essay in a new monograph, "Justice for Hedgehogs." In this short paper, I demonstrate that "Justice for Hedgehogs" fails to redeem any of the seven major Dworkinian theses. In many cases, Dworkin abandons his prior arguments for his distinctive claims, substituting new, but much weaker arguments, for prior positions that, while demonstrably false, at least had the virtue of some philosophical interest.

UCB Rhetoric - UCB Rhetoric - Spring 2012 Understanding law as a matter of language requires attending to the ways that law hears and is heard. Exploring the hearing of law leads into issues of experience and temporality to which speech act "theory" gives short shrift. Such a turn reorients both current models of legal positivism and contemporary representations of impartial justice which overemphasize issues of blindness and sight. As the readings of this seminar show, the turn to hearing also allows one to negotiate the materiality of the human condition while taking history seriously.

Law, Philosophy of  Philosophy of law (or legal philosophy) is concerned with providing a general philosophical analysis of law and legal institutions. Issues in the field range from abstract conceptual questions about the nature of law and legal systems to normative questions about the relationship between law and morality and the justification for various legal institutions. Topics in legal philosophy tend to be more abstract than related topics in political philosophy and applied ethics. Critical legal theory Critical legal studies (CLS) is a theory that challenges and overturns accepted norms and standards in legal theory and practice. Proponents of this theory believe that logic and structure attributed to the law grow out of the power relationships of the society. The law exists to support the interests of the party or class that forms it and is merely a collection of beliefs and prejudices that legitimize the injustices of society. The wealthy and the powerful use the law as an instrument for oppression in order to maintain their place in hierarchy. The basic idea of CLS is that the law is politics and it is not neutral or value free.

An Introduction to Screenwriting Screenplays form the starting point for most dramatic films, the essential work from which all other filmmaking flows. All of the tender romance, terrifying action and memorable lines begin at the screenwriter’s desk. This free online course will introduce you to the basic elements and key concepts behind a professional screenplay. The University of East Anglia’s School of Literature, Drama and Creative Writing have built this course with instructors and recent alumni from their famed course in Creative Writing. Where could this course take me? The course is a must for anyone new to scriptwriting and for more experienced writers who wish to raise their scriptwriting to a professional level.

sans titre Also: are the most memorable stories less likely to be true? Relevant References & Research Stephen refers to a survey that found that more people can name the ingredients of a Big Mac than can list all Ten Commandments. This survey was conducted by Kelton Research in 2007, and while the website for the survey is no longer live, you can read about it here. Stephen and his Freakonomics co-author Steven Levitt also wrote about the study in their book Think Like a Freak.Stephen tells the story of “The Encyclopedia of Ethical Failure,” a Department of Defense training tool created by Pentagon lawyer Stephen Epstein. sans titre Across cultures, the self-making powers of storytelling are widely recognised. Steve Biko, the South African Black Consciousness thinker, once said that we need to speak from where we stand. Seeing the impact of our environment on our thinking about ourselves can change our thinking, he suggested. Telling our stories is an important way of doing so. Though stories are universal, access to them is not. We are involved in a project that’s trying to address this.

The Law In These Parts - שלטון החוק Can a modern democracy impose a prolonged military occupation on another people while retaining its core democratic values? Since Israel conquered the territories of the West Bank and Gaza Strip in the 1967 war, the military has imposed thousands of orders and laws, established military courts, sentenced hundreds of thousands of Palestinians, enabled half a million Israeli "settlers" to move to the Occupied Territories and developed a system of long-term jurisdiction by an occupying army that is unique in the entire world. The men entrusted with creating this new legal framework were the members of Israel's military legal corps. explores this unprecedented and little-known story through testimonies of the military legal professionals who were the architects of the system and helped run it in its formative years. The Law In These Parts

- Storytelling and cultural traditions Storytelling exists in all cultures and is as ancient as humankind. Before there was writing, there was storytelling. It exists to this day to entertain, inform and pass down cultural traditions and values. Oral storytelling is telling a story through voice and gestures. A blog dedicated to reports, commentary and the discussion of topical issues of international law Book Review: Noam Lubell, Extraterritorial Use of Force against Non-State Actors Book Review: Noam Lubell, Extraterritorial Use of Force against Non-State Actors (Oxford: OUP, 2010) ISBN 978-0-19-958484-0 Dr. Fozia Nazir Lone (Assistant Professor and Programme Leader LLB, City University of Hong Kong, fnlone@cityu.edu.hk) Noam Lubell, Reader in the School of Law at the University of Essex, and an Adjunct Lecturer at the Irish Centre for Human Rights at the National University of Ireland, presents in this book … India Army Major Avtar Singh- Perpetrator of Extrajudicial Killing – Roaming Free in California

Legalism (Chinese philosophy) Legalism was a philosophy emphasizing strict obedience to the legal system. It was one of the main philosophical currents during the Warring States period. It was a utilitarian political philosophy that did not address higher questions like the purpose and nature of life.[1] The school's most famous proponent and contributor Han Fei believed that a ruler should use the following three tools to govern his subjects: Primarily members of the ruling class, the Legalists emphasized that the head of state was endowed with shi, the "mystery of authority", and as such his decisions must always command the respect and obedience of the people. The state (country) comes first, not the individual.

The Supreme Court . Expanding Civil Rights . Landmark Cases . Miranda v. Arizona (1966) A mug shot of Ernesto Miranda, whose wrongful conviction led to the landmark case Miranda v. Arizona, in which the Court held that detained criminal suspects must be informed of their rights prior to police questioning. Reproduction courtesy of the Arizona Department of Corrections Miranda v.