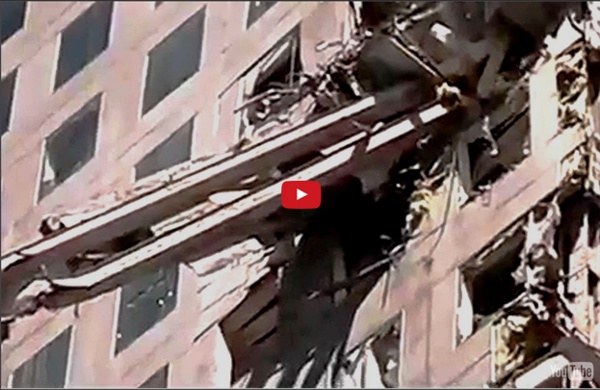 U.S. Government Denies Claims of Toxic Exposure to 9/11 First Responders Tess PenningtonActivist Post There were a unique group of people that emerged during 9/11. They were the ones who, instead of running away from the attacks, were running towards it. They were the helpers. 9/11 Masterminds – Explosive Connections This important video exposes the masterminds of 9/11, many of which had offices in the Twin Towers, and were conveniently absent on the day of the attacks. L. Paul Bremer, of Marsh & McLennan, which at the time was the world’s largest insurance brokerage company.

19 Intriguing Coincidences Surrounding the Virginia Shooting By Bernie Suarez The problem with repeated false flags and staged events executed for a particular political purpose is that they demand a commitment from the minds of the masses and it has to happen in real-time. You either get it right away that the event is staged or you don’t. What Do We Really Know About Osama bin Laden’s Death? Mark Bowden was watching a ballgame — the Phillies versus the Mets — on the night of May 1, 2011, when the network cut away to President Obama in the East Room of the White House. “Tonight,” the president said, ‘‘I can report to the American people and to the world that the United States has conducted an operation that killed Osama bin Laden, the leader of Al Qaeda and a terrorist who’s responsible for the murder of thousands of innocent men, women and children.’’ Five minutes or so after the president wrapped up his brief remarks, as thousands of Americans gathered in front of the White House and at ground zero chanting ‘‘U-S-A!

BUSTED: Videos of Virginia Reporter Shooting Hoax Were Separate Takes! By Joe Wright The establishment media has gone quiet on the Virginia shooting since evidence that it was a hoax has gone viral. Yet, their silence hasn’t stopped the conspiracy research community from finding even more damning evidence that it was indeed an elaborate hoax.

Sorgfelt added: 9/11 CIA Official Account of 9/11 a “Joke” and a “Cover-up” September 23, 2007 – Seven CIA veterans have severely criticized the official account of 9/11 and have called for a new investigation. “I think at simplest terms, there’s a cover-up. The 9/11 Report is a joke,” said Raymond McGovern, 27-year veteran of the CIA, who chaired National Intelligence Estimates during the seventies. “There are a whole bunch of unanswered questions. And the reason they’re unanswered is because this administration will not answer the questions,” he said. Pau Craig Roberts - The First Question to Ask After Any Terror Attack: Was It a False Flag? Washington's Blog Presidents, Prime Ministers, Congressmen, Generals, Spooks, Soldiers and Police ADMIT to False Flag Terror In the following instances, officials in the government which carried out the attack (or seriously proposed an attack) admit to it, either orally, in writing, or through photographs or videos: (1) Japanese troops set off a small explosion on a train track in 1931, and falsely blamed it on China in order to justify an invasion of Manchuria. This is known as the “Mukden Incident” or the “Manchurian Incident”. The Tokyo International Military Tribunal found: “Several of the participators in the plan, including Hashimoto [a high-ranking Japanese army officer], have on various occasions admitted their part in the plot and have stated that the object of the ‘Incident’ was to afford an excuse for the occupation of Manchuria by the Kwantung Army ….” And see this.

5 Hard Facts Americans Forgot About 9/11 After Being Reminded Every Year to “Never Forget” By Matt Agorist On this, the 14th anniversary of one of the most tragic days in recent American history, U.S. citizens will be bombarded with patriotic imagery, messages, and the oft-repeated 9/11 slogan of “Never Forget.” Over the course of the day, mainstream media and the like will show the horrific images of planes crashing into towers and the disturbing scene of ground zero in the aftermath. In the midst of all the grieving, the flag waving, and the speeches from opportunistic presidential hopefuls, there will be an uncomfortable moment of silence. This silence, however, will not be in remembrance of the victims that day, but rather the complete lack of coverage given to the unanswered questions and suspicious facts surrounding that fateful morning. A slew of unprovable conspiracy theories is associated with the events leading up to and occurring on Tuesday, September 11, 2001.