9/11 - Flight 175 Was Not A Commercial Aircraft. 9/11 Firefighters Tell How Bombs Were Going Off In The Lobby Of World Trade Center 1. One Man Asks Why Was Tritium Found At 9/11 Ground Zero. Authored by Shepard Ambellas via Intellihub.com, Although it’s now public knowledge that former Florida Sen. 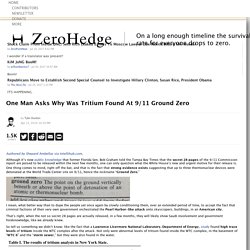 Bob Graham told the Tampa Bay Times that the secret 28 pages of the 9/11 Commission report are poised to be released within the next few months, one can only question what the White House’s new and urgent motive for their release is. One thing comes to mind, right off the bat, and that is the fact that strong evidence exists suggesting that up to three thermonuclear devices were detonated at the World Trade Center site on 9/11, hence the nickname “Ground Zero.” I mean, what better way than to dupe the people yet once again by slowly conditioning them, over an extended period of time, to accept the fact that criminal factions of their very own government orchestrated the Pearl Harbor-like attack onto skyscrapers, buildings, in an American city. 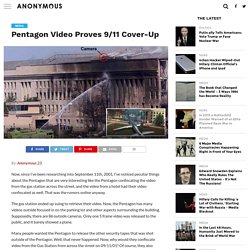 Tapes Depict Proposal to Thwart Bomb Used in Trade Center Blast. Correction Appended Law-enforcement officials were told that terrorists were building a bomb that was eventually used to blow up the World Trade Center, and they planned to thwart the plotters by secretly substituting harmless powder for the explosives, an informer said after the blast. 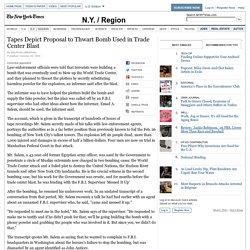 The informer was to have helped the plotters build the bomb and supply the fake powder, but the plan was called off by an F.B.I. supervisor who had other ideas about how the informer, Emad A. Salem, should be used, the informer said. The account, which is given in the transcript of hundreds of hours of tape recordings Mr. Salem secretly made of his talks with law-enforcement agents, portrays the authorities as in a far better position than previously known to foil the Feb. 26 bombing of New York City's tallest towers. EZLaA.jpg (JPEG Image, 600x1067 pixels) S5R1B.jpg (JPEG Image, 500x682 pixels) 9/11 Health Bill Blocked in Senate. Drew Angerer/The New York Times Senators Kirsten E. 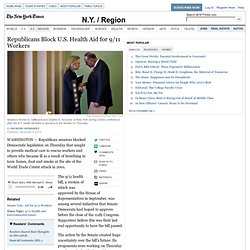 Gillibrand and Charles E. Schumer of New York during a news conference after the 9/11 health bill failed to advance in the Senate on Thursday. The 9/11 health bill, a version of which was approved by the House of Representatives in September, was among several initiatives that Senate Democrats had hoped to approve before the close of the 111th Congress. Supporters believe this was their last real opportunity to have the bill passed. The action by the Senate created huge uncertainty over the bill’s future.

Such a move seemed unlikely, since it might complicate passage of the tax package, which includes a provision that sought in return for backing the continuation of tax cuts for all income levels that Republicans wanted: an extension of unemployment benefits. 9/11 EXPLOSIVE TESTIMONY EXCLUSIVE-Robert McCoy-Architect 1of2. Kurt Sonnenfeld: A witness for the persecution [Voltaire] Former high-ranking FEMA official, Kurt Sonnenfeld, arrived in Buenos Aires, Argentina, seven years ago with a return ticket in his pocket. All he wanted was a short break from the ineffable injustice and increasing harassment which had been mounted against him in the United States.

He hoped his troubles would drift away by the time he returned. He dropped into his suitcase the rough footage from his five-week Ground Zero assignment as official videographer, with unlimited access to the scene of the crime. Because of Sonnenfeld’s emotionally and physically lacerating ordeal, which began shortly after the 9/11 events, he never turned the tapes over. For the U.S. Washington’s determination to do whatever it takes to retrieve Sonnenfeld’s material and to silence him has converted him into the refugee he never intended to become.

Kurt and Paula Sonnenfeld, Buenos Aires Voltaire Network: At the time of our first interview, you still felt like the title of your book, “Persecuted”. KS: Yes. 50 Facts Concerning 9/11 that Point Away from the OS (The Facts Speak For Themselves) Fact #23 On 9/11/2006, 9/11 Family members Donna Marsh O’Connor, Michele Little, and Christina Kminek, along with Kyle Hence (Executive Producer of 9/11: Press For Truth), and Paul Thompson (www.historycommons.org, author of “The Terror Timeline”), called for a new investigation (RealPlayer required) at the National Press Club in Washington D.C. 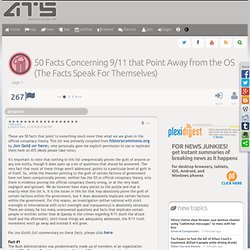