The Art of Data Visualization 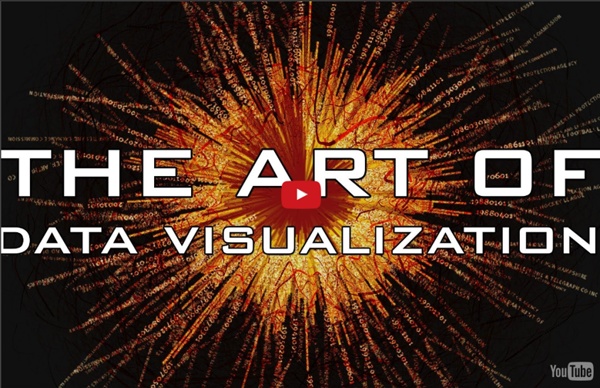 The Google Glass feature no one is talking about — Creative Good (Also: en français, en español, 简体中文, 繁體中文, На русском, in het nederlands, em Português) Google Glass might change your life, but not in the way you think. There’s something else Google Glass makes possible that no one – no one – has talked about yet, and so today I’m writing this blog post to describe it. To read the raving accounts of tech journalists who Google commissioned for demos, you’d think Glass was something between a jetpack and a magic wand: something so cool, so sleek, so irresistible that it must inevitably replace that fading, pitifully out-of-date device called the smartphone. Sergey Brin himself said as much yesterday, observing that it is “emasculating” to use a smartphone, “rubbing this featureless piece of glass.” His solution to that piece of glass, of course, is called Glass. Like every other shiny innovation these days, Google Glass will live or die solely on the experience it creates for people. The life bitstream will raise new and important issues.

Friends of Wisdom We need a revolution in the aims and methods of academic inquiry. Instead of giving priority to the search for knowledge, academia needs to devote itself to seeking and promoting wisdom by rational means, wisdom being the capacity to realize what is of value in life, for oneself and others, wisdom thus including knowledge but much else besides. A basic task ought to be to help humanity learn how to create a better world. Natural science has been extraordinarily successful in increasing knowledge. The revolution we need would change every branch and aspect of academic inquiry. These changes are not arbitrary. For more detailed presentations of the above argument see the following by Nicholas Maxwell: "Can Humanity Learn to become Civilized?

IBM unveils computing architecture based on the brain | Cutting Edge IBM scientists unveiled an all-new computing architecture on Wednesday that's based on the human brain. In an announcement tonight, IBM Research said that its new software ecosystem was built to program silicon chips whose architecture is directly inspired by the brain's size, function, and minimal use of power. The company hopes that its breakthrough may support a next generation of applications that could mirror what the brain can achieve in perception, cognition, and action. "We are working to create a Fortran for neurosynaptic chips," IBM principal investigator and senior manager Dharmendra Modha said in a release. As such, IBM created a multi-threaded, massively parallel and what it said is a highly-scalable software simulator of the kind of cognitive architecture it imagines and which comprises a network of neurosynaptic cores.

Data analysis - Wikipedia Analysis of data is a process of inspecting, cleansing, transforming, and modeling data with the goal of discovering useful information, suggesting conclusions, and supporting decision-making. Data analysis has multiple facets and approaches, encompassing diverse techniques under a variety of names, in different business, science, and social science domains. Data mining is a particular data analysis technique that focuses on modeling and knowledge discovery for predictive rather than purely descriptive purposes. Data integration is a precursor to data analysis, and data analysis is closely linked to data visualization and data dissemination. The process of data analysis[edit] Data science process flowchart Analysis refers to breaking a whole into its separate components for individual examination. There are several phases that can be distinguished, described below. Data requirements[edit] Data collection[edit] Data is collected from a variety of sources. Data processing[edit] Education[edit]

How to Close the IT Talent Gap CIO — There is an old business adage attributed to Peter Drucker that says: "You can't manage what you don't measure." This means if you don't have real metrics in place and you aren't measuring performance, you'll never know whether you're doing better or worse. This adage is relative to many of things we do in IT and careers, because if you don't know where you are going, then you won't know the skills necessary to get you there. Consider this piece of data from the CIO Executive Council's report, Creating Your Future-State IT Leadership Team Today. A skills analysis of your IT team is one of the pivotal tools in your management toolbox. "It's crucial to do this type of analysis for workforce planning and career development because it helps employees understand what skills the business is going to need to achieve its goals," says Rachel Russell, director of marketing at TEKsystems. "It's something we're beginning to do, but I think it's going to happen more and more. Continue Reading

Technology Innovation: To Whom It May Concern: Home matches and challenges I love presenting to techies – they’re my folks, and speaking with them and exchanging ideas comes as naturally to me as gathering around the kitchen table with the family and shooting the breeze. (Recent SAP Inside Track Netherlands in Eindhoven, organized by the fabulous Twan van den Broek and others, where I hosted two sessions, was such an event.) I also love a challenge – so it’s nice to present to a crowd where it’s not necessarily a home match. Therefore, I particularly enjoy presenting technology to people who are either indifferent or even averse to technology per se. A difficult audience The most recent instance, which prompted me to write this blog post, was just yesterday. I, on the other hand, am 100% a technologist and technology strategist. What technology means to non-techie audiences Key statement: End-users often (rightfully) experience software as built with disregard or even contempt for them and their needs. Dimensions that matter

Manage Your Data: Data Management: Subject Guides The MIT Libraries supports the MIT community in the management and curation of research data by providing the following services: Data Management Guide This Data Management and Publishing Guide is a practical self-help guide to the management and curation of research data throughout its life cycle. Assistance with Creating Data Management Plans Many funders, such as the National Science Foundation, have requirements for data sharing and data management plans. Workshops Our workshops teach you how to manage data more efficiently for your own use and help you to effectively share your data with others. Individual Consultation and Collaboration with Researchers We are available for individual consultation on data management issues, and can provide expertise in areas such as data organization and preservation, connect you to a network of data management services, and advocate for your needs. Referrals to Related Services Contact Us

Android is better It was just meant to be a quick experiment. I started using a Nexus 4. I was going to go right back to my iPhone after a week. I was designing more and more Android interfaces at Twitter and realized I needed to more intimately grok Android UI paradigms. A week in it started feeling normal; the larger form factor was no longer a nuisance. Apple Lock-in? It only took that first week to realize I wasn't really locked into the Apple ecosystem and certainly not iCloud. Photo Stream? I do, however, miss iMessage. "No other company has embedded itself this deeply into my life." Most services I rely on daily are owned by Google. The list of Apple products I use daily largely amounts to OS X and Apple hardware. How I fell in love It started with the larger and wider screen. Then I got used to the Google Calendar widget I placed on my home screen. But when it comes down to it my love of Android lies heavily with the way Android handles notifications. Android just knocks it out of the park here.

Knowledge to Wisdom SAP's Big Mobile Plan SAP, the enterprise software company, has a crazy ambition. It wants to get a billion people using its software by 2015. That's about double the footprint the company has now—and a lofty goal for a company that, despite its reach into the innards of businesses, is hardly a household name. The plan largely rests in the hands of Sanjay Poonen, who heads the company's mobile division and is also responsible for its analytics, database, and technology products. Poonen talked with Business Insider this week and told us how SAP's going to do it: mobile apps, mobile apps, and more mobile apps, with a little cloud mixed in. Just to give that billion-user goal some context: Apple has sold about a half a billion iPhones and iPads so far, although at the rate it is selling them, it should hit the billion mark by 2015, too. Still, it's one thing for the beloved gadget maker to get a billion mobile customers. So here's the plan: SAP is revamping a lot of its enterprise apps to run on mobile devices.

The Art of Data Visualization | Off Book | PBS Digital Studios