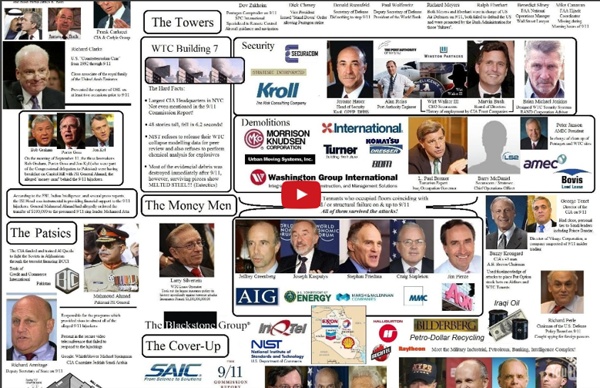 You Gotta Check This Out Regarding The Vatican and Pyramidal Towers!!! (Updated Today 1.16.15) February 10, 2015 Please feel free to use and distribute this audio recording of instructions on how to build The Pyramidal Towers Around The World. Thank you Veronica for this great idea! Continue to keep us posted on your testimonials and experiences when building these structures etherically. Lots of love Alexandra Audio Player <ol><li><a href=' To Build Pyramidal Towers</a></li></ol> Addendum January 21, 2015 How cool it is that creating these pyramids over The Vatican brought the following about……. You can imagine the look on my face when I went to watch the Ancient Alien series uploaded into Netflix the other night. Then I found from wikipedia, the following – Creative Commons Attribution-Share Alike 3.0 Unported license: Aliens Among Us or Spiritual Symbol?! “Pacal’s Sarcophagus has commanded a great deal of attention since its appearance in the 1968 best selling book by Erich von DÃ¤niken, “Chariots of the Gods.”

Search Engine Manipulation. Google and YouTube Suppress Controversial 9/11 Truth? Let’s Make 9/11 Truth Go Viral Global Research is committed to Counter-propaganda. Forward this article far and wide. Post it on social media, cross-post it on blog sites and independent media. Introduction With polls consistently showing that approximately 50% of Canadians and Americans doubt the official story of 9/11, the feat of keeping the lid on a public debate for over 12 years has been nothing short of miraculous. This article presents a simple case study showing that this miracle is being performed with the assistance of Google and YouTube search engine interference On September 8, 2013, the popular Russia Today “Truthseeker” program, with over a million subscribers on YouTube,[1] published a 13-minute newscast entitled “The Truthseeker: 9/11 and Operation Gladio (E23).” Below the video frame ran the caption: Truthseeker posted its program to YouTube on Sept. 8. The Truthseeker: 9/11 and operation Gladio (E23) @DanielBushellRT What Happened Next? I. II. III.

CHILLING WHISTLE BLOWER: DHS Insider Breaks Down Obama’s Short-term Agenda After a lengthy, self-imposed informational black-out, my high-level DHS contact known as “Rosebud” emerged with new, non-public information about plans being discussed and prepared for implementation by the Department of Homeland Security (DHS) in the near future. It is important to note that this black-out was directly related to the aggressive federal initiative of identifying and prosecuting “leakers,” at least those leaks and leakers not sanctioned by the executive office – the latter of which there are many. Due to those circumstances, my source exercised an abundance of caution to avoid compromising a valuable line of communication until he had information he felt was significant enough to risk external contact. The following information is the result of an in-person contact between this author and “Rosebud” within the last 48 hours. Meeting The following began after an exchange of pleasantries and other unrelated discussion: RB: You do. DH: I understand. DH: Care to elaborate?

Pravda: Putin Threatens to Release Satellite Evidence of 9/11 Pravda: US fears Russian publication of satellite photos of the tragedy of 9/11 [ Editor’s note: Russian satellite evidence proving the controlled demolition of the World Trade Center using “special weapons” was reviewed by a VT editor while in Moscow. The article below was forwarded to us for publication in the US and translated from Russian. Moscow (Pravda): American experts believe that despite the fact that relations between the US and Russia reached the worst point since the Cold War, Putin delivered until Obama only minor troubles. Putin is going to hit once, but he’s going to hit hard. Published material can prove the US government complicity in the 9/11 attacks and the successful manipulation of public opinion. The motive for deception and murder its own citizens served US oil interests and the Middle East state corporations. If successful, the consequences of Putin’s tactics would expose the US government’s secret terrorist policies. Related Posts:

The Dark Minds of the 911 Conspirators We now have the secret Able Danger Report and the AEC Sandia Labs Report which lists all the Perps responsible for planning, deploying and covering up the attack on America on 9-11-01 which was nuclear. The 9-11-01 Perps were so frightened of this Able Danger investigation that Rumsfeld and Blackjack lured them to the special newly reinforced Naval Intel Section of the Pentagon on the morning of 9-11-01 for an emergency meeting. That part of their cover story was in a sense rue, the rest was a Big Lie used to lure them to certain assassination. Once they arrived and were securely positioned in a special designated meeting room, they were assassinated with a cruise missile accompanied by a large conventional jet that did a flyby over the Pentagon right before to confuse witnesses. In this Pentagon attack, 38 of the 50 Able Danger investigators were killed, and the other 15 were not there. Pure Sociopaths? Preston James, Ph.D Latest posts by Preston James, Ph.D (see all) Related Posts:

Is Putin Considering Whether To Expose Evidence, Satellite Photos, Proving 9/11 Was An Inside job? | Politics (Before It's News) RT’s “Truthseeker” rips the lid off false flags! | Veterans Today Is the world getting fed up with US-NATO-Israeli false flags? Will nations that are actual or potential victims of these deceptions launch an all-out diplomatic and media effort to expose the 9/11 inside job – the mother of all false flags – and pre-empt future phony or staged “attacks”? They’d have to be crazy not to. Iran – the most important target of the neocon 9/11 plan to destroy seven countries in five years – has fought back by allowing its international media outlets to cover false flag issues, including the 9/11 deception. Now Russia Today (RT) is joining Press TV with hard-hitting coverage of false flags and 9/11. The Western power elite is terrified by the prospect of big professional operations like RT and Press TV going all-out to expose the 9/11 and false flag issues. The result: 9/11 and Operation Gladio‘s progress towards going mega-viral was stopped in its tracks.

Are These Pictures of Michelle Obama Visiting the Saudi Student Put on a Watchlist Last Week? Photos of a visit Michelle Obama is alleged to have had with Abdul Rahman Alharbi — the Saudi national previously considered to be “person of interest,” “armed and dangerous,” and worthy of inclusion on a watch list — may have appeared on a Facebook page associated with an English language school in Boston or students who share a common bond of going to English schools in the area. Photo Credit: Facebook A close-up of the alleged photo. The above photo montage, which was posted at FreeRepublic today, originally appears on the Facebook page for “EC Boston Saudi’s.” EC Boston most likely refers to the EC Boston English Language School. Filtered through Google Translate, this comes out to: “Brother Abdul Rahman Alharbi with Michelle [untranslatable] and Asahabh.” Salem (left) and Al-Harbi (right) (Photo Credit: Facebook) The individual photographs give every appearance of being genuine. Michelle Obama visiting Boston-area hospitals (Photo Credit: CBS Boston)

FBI terrorists among us: 1993 WTC Bombing The mind-boggling role of the Bureau Jon RappoportActivist Post There seems to be a rule: if a terror attack takes place and the FBI investigates it, things are never what they seem. Federal attorney Andrew C McCarthy prosecuted the 1993 World Trade Center Bombing case. A review of his book, Willful Blindness, states: “For the first time, McCarthy intimately reveals the real story behind the FBI’s inability to stop the first World Trade Center bombing even though the bureau had an undercover informant in the operation — the jihadists’ supposed bombmaker. “In the first sentence of his hard-hitting account, the author sums up the lawyerly — but staggeringly incomprehensive — reason why the FBI pulled its informant out of the terrorist group even as plans were coming to a head on a major attack: “'Think of the liability!' “The first rule for government attorneys in counterintelligence in the 1990s was, McCarthy tells us, ‘Avoid accountable failure.’ But there is more to the story.

Over 2200 Architects & Engineers Crush The ‘Official’ 9/11 Commission Report 9/11 Truth – A set of words that have become one of the most popular subjects of the past decade both on and off the internet. A subject that has become so popular and that has educated so many people that polls suggest more than 50% of the world doesn’t believe the official story put out by the American Government in the “9/11 Commission Report.” For a long time, people have been ridiculed for questioning the official story -being called conspiracy theorists, anti-American, crazy and many more derogatory names. But does it make sense to put these people into this category given all of the evidence that exists to suggest the official story isn’t true? We aren’t talking about far reaching theories that can sometimes be found on internet websites, but actual hard scientific evidence. Finally Some Mainstream Coverage For years no one in the mainstream media would touch the ‘9/11 truth’ story and present the facts they brought forward. More About AE911 Truth From My Perspective

Skygate 911 (Full Film) by Pilots For 911 Truth Source:John DoeX You are the jury as new and existing evidence is presented with regard to the aviation related events of September 11, 2001. Analysis of evidence by Pilots for 911 Truth includes an in-depth study of the Departure Gate at Dulles, In-Flight navigation, and data provided by government agencies that far exceeds the capabilities of the alleged 911 aircraft. Tags: 9/11 truth, featured, pilots for 911 truth, skygate 911