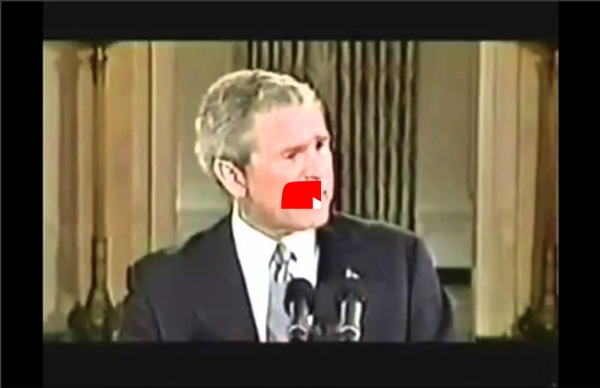 Court Pleadings Point to CIA Role in Alleged “Cartel” Immunity Deal Mexican Narco-Trafficker’s Revelations in Criminal Case Force US Government to Invoke National Security Claims The fingerprints of the CIA have surfaced in a controversial federal criminal case pending in Chicago against Jesus Vicente Zambada Niebla, an alleged kingpin in the Sinaloa “drug cartel.” US government prosecutors filed pleadings in the case late last week seeking to invoke the Classified Information Procedures Act (CIPA), a measure designed to assure national security information does not surface in public court proceedings. “The government hereby requests that the Court conduct a pretrial conference … pursuant to CIPA … at which time, the government will be prepared to report to the Court and defendant [Zambada Niebla] regarding the approximate size of the universe of classified material that may possibly be implicated in the discovery and trial of this case,” states a motion filed on Friday, Sept. 9, by US prosecutors in the Zambada Niebla case. Some Things to Hide Mr. Mr.

Page 2: U.S. Military Wanted to Provoke War With Cuba In the early 1960s, America's top military leaders reportedly drafted plans to kill innocent people and commit acts of terrorism in U.S. cities to create public support for a war against Cuba. Code named Operation Northwoods, the plans reportedly included the possible assassination of Cuban émigrés, sinking boats of Cuban refugees on the high seas, hijacking planes, blowing up a U.S. ship, and even orchestrating violent terrorism in U.S. cities. The plans were developed as ways to trick the American public and the international community into supporting a war to oust Cuba's then new leader, communist Fidel Castro. America's top military brass even contemplated causing U.S. military casualties, writing: "We could blow up a U.S. ship in Guantanamo Bay and blame Cuba," and, "casualty lists in U.S. newspapers would cause a helpful wave of national indignation." "These were Joint Chiefs of Staff documents. Gunning for War "That's what we're supposed to be freeing them from," Bamford says.

How the world changed after 9/11 | World news The heavy syllables of the victims' names boomed out along the streets around Ground Zero. The public were patted down, then allowed up a cramped side road to peer at a distant video screen of the memorial. They filmed the video screen on their mobile phones, filmed each other filming, and film crews filmed them filming. It was hardly fertile ground for grief, you'd think. And from Starbucks, I went down the rabbit hole. Fake radar blips, dummy hijacks, dummy attacks, fighter jets sent off to Turkey, the skies left unprotected, with the FBI's top anti-terror experts stuck on a training exercise in California. September 11, he argues, was a coup carried out by a rogue network within the US military and government. Webster Tarpley "You want to blame Saudi Arabia, or Israel, or Pakistan? What I heard, from speaker after speaker, was a heartfelt desire to turn away from the path of destruction, militarism and lies that America has been set upon after 9/11. Ray McGovern Wayne Madsen

Bradley Manning trial: 10 revelations from Wikileaks documents on Iraq, Afghanistan, Pakistan, and Europe. Army Pfc. Bradley Manning, center, is escorted as he leaves a military court at Fort Meade, Md., on Monday. Photo by Alex Wong/Getty Images In 2010, Army Pfc. The 25-year-old intelligence analyst admitted earlier this year to passing documents to the whistle-blowing website, though he denies the charge of “aiding the enemy,” an offense that carries a life sentence or the death penalty. Below is a list of 10 revelations disclosed by Manning’s leaked documents that offer insight into the breadth and scope of what he revealed, help explain his motivation for leaking, and provide context for the ongoing trial. During the Iraq War, U.S. authorities failed to investigate hundreds of reports of abuse, torture, rape, and murder by Iraqi police and soldiers, according to thousands of field reports. Manning’s trial is expected to last through the summer.

The Critics of 9/11 Truth: Do They Have A Case? by Paul Craig Roberts by Paul Craig Roberts Recently by Paul Craig Roberts: In America the Rule of Law Is Vacated The short answer to the question in the title is no. The 9/11 truth critics have nothing but ad hominem arguments. Let’s examine the case against the truthers presented by Ted Rall, Ann Barnhardt, and Alexander Cockburn. But first let’s define who the truthers are. The Internet has made it possible for anyone to have a web site and to rant and speculate to their heart’s content. Many on both sides of the issue are equally ignorant. Both sides of the issue have conspiracy theories. 9/11 was a conspiracy whether a person believes that it was an inside job or that a handful of Arabs outwitted the entire intelligence apparatus of the Western world and the operational response of NORAD and the US Air Force. For one side to call the other conspiracy theorists is the pot calling the kettle black. The question turns not on name-calling but on evidence. That is the position of the 9/11 Truth movement. Wow!

Michael Hastings researching Jill Kelley case before death WASHINGTON – During the weeks before he was killed in a car crash in Los Angeles, reporter Michael Hastings was researching a story about a privacy lawsuit brought by Florida socialite Jill Kelley against the Department of Defense and the FBI. Hastings, 33, was scheduled to meet with a representative of Kelley next week in Los Angeles to discuss the case, according to a person close to Kelley. Hastings wrote for Rolling Stone and the website BuzzFeed. Kelley alleges that military officials and the FBI leaked her name to the media to discredit her after she reported receiving a stream of emails that were traced to Paula Broadwell, a biographer of former CIA director David H. Petraeus resigned from the CIA after publicly admitting that he and Broadwell had carried on an extramarital affair. PHOTOS: 2013's memorable political moments The story about Kelley, Broadwell and the Petraeus affair would have been consistent with topics that Hastings has focused on during his reporting career.

The "Dancing Israelis" FBI Report - Debunked Introduction Transcripts from the official report Section1 Section2 Police report Section3 Section4 Section5 Section6 The five Israelis Analysis and further commentary on the transcripts Corroborating evidence The impossibility of the official conspiracy theory Conclusion Further reading Index Introduction Thanks to andie531 for obtaining and making available the FBI documents on the "Dancing Israelis": KURZBERG, SIVAN ET AL. The documents were partly declassified in 2005. Nonetheless, the material that has already been released is sufficient to prove that the Israelis did indeed have foreknowledge of the attacks on the WTC. Excerpts from the FBI official report are included here for easy reference. The FBI documents are formatted with a fixed spacing, so it is generally an easy job to determine the number of characters within the classified boxes. The index at the bottom of this page covers the "Dancing Israelis" material within the FBI report Sections 1 to 6. Transcripts from the official report

Pope Criminalizes the Reporting of Sex Crimes VATICAN CITY — Few eyebrows were raised last week when Pope Francis brought the Vatican’s legal system up to date by criminalizing leaks of official information and formalizing laws against sex crimes. But now that the laws have been made public, a closer look revealed that the pope has made it illegal to report sex crimes against children. According to the new laws, revealing or receiving confidential Vatican information is now punishable by up to two years in prison, while newly defined sex crimes against children carry a sentence of up to twelve years. “We didn’t mean for this to happen, obviously,” lamented Vatican foreign minister Monsignor Dominique Mamberti. “They know exactly what they’re doing,” claims Fabrizio Perona of Italy’s La Repubblica newspaper. Mamberti says plans are already being made to eliminate the loophole, but change often comes slowly to antiquated Vatican law, which is based on the 1889 Italian code.

FBI probe into Sarasota home's link to 9/11 hijackers wasn't reported to Congress, commission MIAMI — Just two weeks before the 9/11 hijackers slammed into the Pentagon and World Trade Center, members of a Saudi family abruptly vacated their luxury home near Sarasota, Fla., leaving a brand new car in the driveway, a refrigerator full of food, fruit on the counter — and an open safe in a master bedroom. In the weeks to follow, law enforcement agents not only discovered the home was visited by vehicles used by the hijackers, but also phone calls were linked between the home and those who carried out the death flights — including leader Mohamed Atta — in discoveries never before revealed to the public. Ten years after the deadliest attack of terrorism on U.S. soil, new information has emerged that shows the FBI found troubling ties between the hijackers and residents in the upscale community in southwest Florida, but the investigation wasn't reported to Congress or mentioned in the 9/11 Commission Report. Former U.S. Sen. The U.S. "464 was Ghazzawi's number," the officer said.

I'm Glad You Commented SubCool. Why Not Join The Twitter Team And Get Pro Active To Stop Us All Getting Another Twin Towers. by predrax Sep 18

i actually really like this one. by subcool Sep 16

Ya I'll fix this now, slipped on the mouse and it got added to here. Good to have you part of the team here. I'm creating a DVD right now on all these cures to pass around Toronoto to get this information out there. by scottietofu Sep 16