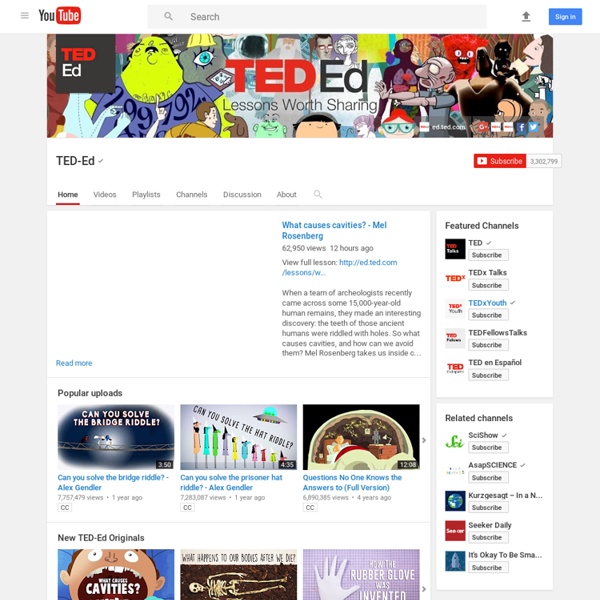 View full lesson: Everything in our universe has mass — from the smallest atom to the largest star. But the amount of mass has remained constant throughout existence even during the birth and death of stars, planets and you. How can the universe grow while maintaining its mass? Todd Ramsey answers that question by unravelling the law of conservation of mass. Lesson by Todd Ramsey, animation by Vegso/Banyai.

50 Best Sources of Free STEM Education Online Colleges, online universities, and other educational forums in your community can be excellent places to learn more about a variety of STEM topics, but there is also a wealth of educational material available on the web for those who prefer to learn at their own pace or take a more individual approach. Even better, these resources, whether classes, lectures, or tutorials, are all free of charge, meaning you can improve your knowledge without emptying your wallet. Check out our list (organized by topic, not ranking) for some great STEM resources that can help you build your knowledge about everything from calculus to fire science. Universities These universities, many of which are renowned for their STEM programs, offer resources like course materials, videos, and lecture series.

BA (Honours) English Language and Literature On this page Description This degree course offers a stimulating and wide-ranging introduction to English language and literature. What is the World Wide Web? - Twila Camp Tim Berners-Lee invented the World Wide Web, a hypermedia platform that harnesses the powers of the Internet to connect anything together – people, files, ideas, communities. He wrote a book called Weaving the Web, in which he talks about the freedom that this ability to connect things together gives us. He is also the director of the World Wide Web Consortium, which does the important work of guiding the development of the web through web standards. Although Tim Berners-Lee is the father of the World Wide Web, he does not profit from it the way other inventors profit from their inventions.

100 Websites You Should Know and Use Entertainment Meet David Peterson, who developed Dothraki for Game of Thrones There are seven different words in Dothraki for striking another person with a sword. Among them: “hliziﬁkh,” a wild but powerful strike; “hrakkarikh,”a quick and accurate strike; and “gezrikh,” a fake-out or decoy strike. MOOCs, Large Courses Open to All, Topple Campus Walls Max Whittaker for The New York Times Sebastian Thrun, left, a Stanford professor, and Andy Brown, a course manager, recording in their studio in Palo Alto, Calif. But this course, Building a Search Engine, is taught by two prominent computer scientists, Sebastian Thrun, a Stanford research professor and Google fellow, and David Evans, a professor on leave from the University of Virginia.

What a Non-Partisan Plan for U.S. Entrepeneurship Would Look Like - Derek Thompson The Republican National Convention praised small businesses and the Democratic response will praise the administration's role in helping job creators. But what would a non-partisan plan for entrepreneurs look like? The theme of the first day of the Republican National Convention was "We Built It," a rallying-cry from entrepreneurs who insisted that they didn't need government to start their businesses. This week, we can expect the Democratic response to highlight the ways Obama's administration has empowered job creators.

Animations Allen Hoe served as a combat medic during the Vietnam War, and his two sons continued his legacy of service. His oldest son, Nainoa, eventually became a first lieutenant infantry officer with the Army's 3rd Battalion. In January 2005, while leading his men through Mosul, Iraq, Nainoa was killed by sniper fire.