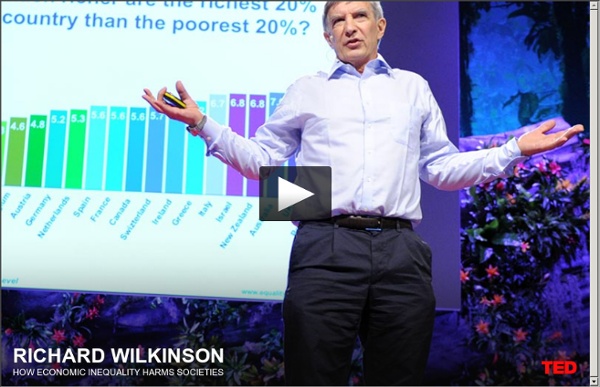 Juvenile Injustice and the States The Miller decision followed earlier rulings that abolished for juveniles the death penalty for all crimes and life without parole for crimes other than homicide. Together, these rulings have forced states to think very differently about how to hold juveniles accountable for crime. In recent times, states increasingly pushed juveniles into the adult criminal justice system and subjected them to overly harsh punishment. There are an estimated 2,100 people serving mandatory life sentences received when they were juveniles, in 29 states that imposed the penalty.

Genuine progress indicator Genuine Progress Indicator, or GPI, is a metric that has been suggested to replace, or supplement, gross domestic product (GDP) as a measure of economic growth. GPI is designed to take fuller account of the health of a nation's economy by incorporating environmental and social factors which are not measured by GDP. For instance, some models of GPI decrease in value when the poverty rate increases.[1] The GPI is used in green economics, sustainability and more inclusive types of economics by factoring in environmental and carbon footprints that businesses produce or eliminate. "Among the indicators factored into GPI are resource depletion, pollution, and long-term environmental damage

What The Great Gatsby Teaches Us About America In 1 Chart There's more to take away from The Great Gatsby than that Leo DiCaprio and a Jay-Z soundtrack can mix surprisingly well, according to the White House. The White House has released a chart illustrating the "Great Gatsby Curve," a concept Alan Krueger, the chairman of the White House Council of Economic Advisers, introduced last year. The curve, Krueger said, helps explain that children born into countries with higher levels of income inequality are less likely to move up the income ladder later in life. (You may remember from high school that one of the themes of The Great Gatsby revolves around the consequences of extreme wealth). The concept isn't going away.

How income inequality hurts America - Sep. 25, 2013 NEW YORK (CNNMoney) It's a well-established fact that the rich are getting richer, while the poor and middle class are falling behind. "The 400 richest people in the United States have more wealth than the bottom 150 million put together," said Berkeley Professor and former Labor Secretary Robert Reich on a recent CNNMoney panel on inequality. Renewable Energy for 15 Rural Cambodian Families Summary The Cambodian Rural Development Team plan to install 15 biodigestors, providing rural families along the central strip of the Mekong with a clean and renewable source of energy for lighting & cooking. What is the issue, problem, or challenge? The villages lie along the Mekong between Kratie and Stung Treng in Cambodia. The Great Divide is a series on inequality The French economist Thomas Piketty swept across the United States last week with a dire warning: Income inequality isn’t going to go away, and it probably will get worse. Only policies that directly address the problem — in particular, progressive taxation — can help us change course. At a panel discussion in Washington of Piketty’s new blockbuster, “Capital in the Twenty-First Century,” the American economist Robert Solow, who served on President Kennedy’s Council of Economic Advisers, took the long view as he formulated his response to the idea of trying to democratize ownership of capital in our country. “Good luck with that,” he said. Read more…

Invasion of Celeb Privacy: Where to Draw the Line Today's celebrities seem like some of the luckiest people alive. By doing what they love, they make millions of dollars and gain masses of adoring fans around the world. They get to go wherever they want when they want, and they rarely have to wait in line for anything. Celebs also receive free products and services as a result of their status. The newest beauty developments, designer clothing, even hotel stays... are complimentary for these stars, who receive them on a regular basis. With such lives of convenience and luxury, being photographed or gossiped about comes with the territory.

Teen in prison for life asks McDonnell for shorter term A man facing six life sentences for an armed robbery committed as a teen applied Monday for a conditional pardon from Gov. Bob McDonnell. Lawyers for Travion Blount, convicted in 2007, are seeking a sentence of no more than 20 years for a crime their client committed when he was 15. Now 23, Blount faces what may be the longest sentence in the country given to a teenage offender for a crime not involving homicide. Virginia is one of a handful of states that send juveniles to prison for life without parole for crimes such as rape, abduction and robbery. Taylor Keeney, spokeswoman for McDonnell, said Tuesday morning that the governor was aware of the case and that the pardon request “is working its way through the normal process.”

We'd All Be Much Wealthier If We Acted Like a Society—Instead We Prop Up the Private Wealth of a Small Number of Elites Photo Credit: shutterstock August 23, 2013 | Like this article? Join our email list: Stay up to date with the latest headlines via email.