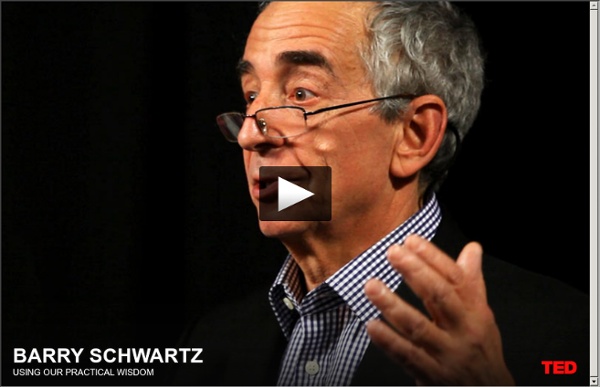 Campaign for Commons Literacy -- IndieGoGo Thanks to the contribution by 22 funders, which raised $1,304, we were able to bring James Quilligan, a renowned commons theorist/activist and policy analyst to London, where presented a key seminar on MANAGING the LOCAL and GLOBAL COMMONS, sharing his latest cutting-edge thinking. The full set of the slides can be found here. His seminar demonstrated how: • consumers become the producers of their own resources • commons trusts set a cap on the extraction and use of a resource to preserve it for future generations • governments can tax a percentage of these rents, funding a basic income for citizens and the restoration of depleted resources • the power of decision-making should return to the people, enabling them to participate in the decisions that affect them directly • the traditional property ownership model can be eclipsed by a commons trusteeship model of sustainability, quality of life and well-being One participant commented: I enjoyed the event very much. Building on it, we do.

A global discussion about the future of our species &amp;laquo; emergent by design I came across The Human Projecton kickstarter recently, and am very eager to see how it develops. Their mission is to build a global discussion app to ask the really big questions about the future of our species and develop an integrated vision of what that looks like.It seems to be very aligned with my own thinking – that a fresh narrative needs to emerge and a more interconnected “thought architecture” about how we perceive ourselves in relation to each other and the planet. Might as well get that conversation started now. I see Us being in the Alignment Phase, and fast approaching the Coordination Phase. As our communication technologies get faster, cheaper, and smaller, more of humanity gets access to each other. We don’t know what the future holds, but our thoughts and actions now will determine it. The Human Project has a $50K funding goal in order to be able to build the app for iPad/iPhone/Android + HTML5 optimized versions for web, tablet and mobile.

Read These Seven Books, and You’ll be a Better Writer Donald Miller I used to play golf but I wasn’t very good. I rented a DVD, though, that taught me a better way to swing, and after watching it a few times and spending an hour or so practicing, I knocked ten strokes off my game. I can’t believe how much time I wasted when a simple DVD saved me years of frustration. • The War of Art by Steven Pressfield: This book is aimed at writers, but it’s also applicable to anybody who does creative work. Pressfield leaves out all the mushy romantic talk about the writing life, talk I don’t find helpful. • On Writing Well by William Zinsser: Zinsser may be the best practical writing coach out there. • Bird by Bird by Anne Lamott: Before becoming a literary superstar, Anne Lamott taught writing, and Bird by Bird is the best of her advice, broken up into chapters. Save the Cat by Blake Snyder: Snyder’s book is specifically for screenwriters, and yet I recommend the book for writers of any kind, and teachers and preachers as well.

It&amp;#8217;s the end of the web as we know it &amp;laquo; Adrian Short 25 September 2011 When you own a domain you’re a first class citizen of the web. A householder and landowner. What you can do on your own website is only very broadly constrained by law and convention. If you use a paid-for web service at someone else’s domain you’re a tenant. When you use a free web service you’re the underclass. The conclusion here should be obvious: if you really care about your site you need to run it on your own domain. But it’s no longer that simple. Anyone who’s ever run a website knows that building the site is one thing, getting people to use it is quite another. Traffic used to come from three places: the real world (print advertising, business cards, word of mouth, etc.), search engines and inbound links. Social networks have changed all that. Not so long ago you had to be on MySpace if you were an up-and-coming band. Many of the most valuable conversations around technology and many other fields happen on Twitter. This is where I draw the line.

Dictionary Evangelist Confirmation Bias and Evolutionary Psychology &amp;laquo; Grand Strategy: The View from Oregon Tuesday William Blake (28 November 1757 – 12 August 1827) If the Sun and Moon should doubt, They’d immediately Go out. William Blake, Auguries of Innocence I was thinking about confirmation bias today and what a perfect topic of study this would be for evolutionary psychology. As soon as I started to think about confirmation bias in the context of evolutionary psychology it immediately made sense and revealed connections to other things that I’ve thought about. What survival benefit could possibly derive from self-deception? Coming at this from a different perspective, however, one can easily image the survival value of believing in oneself. In the Afterword to my Political Economy of Globalization I attempted to investigate what I called the “naturalistic basis of hope.” I continue to believe that this is an important undertaking, but when I wrote this Afterword about the naturalistic basis of hope, I didn’t make any connection between hope and evolutionary psychology. Like this:

Phonics The goal of phonics is to enable beginning readers to decode new written words by sounding them out, or in phonics terms, blending the sound-spelling patterns. Since it focuses on the spoken and written units within words, phonics is a sublexical approach and, as a result, is often contrasted with whole language, a word-level-up philosophy for teaching reading (see History and controversy below). Another sublexical approach is "pronunciation guide"—printing a word's phonetic transcription (or respelling) directly above that word, as a pronunciation guide to help the student pronounce the word. Reading education for languages with complex orthography such as Chinese uses the pronunciation-guide approach (see Pinyin), and an implementation for English reading education is now available called Phonetically Intuitive English. Since the turn of the 20th century phonics has been widely used in primary education and in teaching literacy throughout the English-speaking world. Lexical reading

Survival Of The Stupidest Is stupidity rising? Are we witnessing an alarming proliferation of irrationality and an exuberance of ignorance? Stupidity seems a concern to a growing group of scholars. Last month alone two arXiv papers ( here and here ) appeared that both refer to a 35 year old essay by the Italian economic historian Carlo Cipolla entitled " The Basic Laws of Human Stupidity " . "A stupid person is a person who causes losses to another person or to a group of persons while himself deriving no gain and even possibly incurring losses." "Always and inevitably everyone underestimates the number of stupid individuals in circulation." "Non-stupid people always underestimate the damaging power of stupid individuals. Cipolla describes stupid people as an unstructured, yet powerful group. Since Cipolla's essay appeared in 1976, several authors have rediscovered his findings. "Never attribute to malice that which can be adequately explained by stupidity" How then can stupidity survive and flourish? "Ha!

Learning English pronunciation | Antimoon.com © Tomasz P. Szynalski, Antimoon.com Why should you study English pronunciation? Because pronunciation is the biggest thing that people notice about your English. Test your English pronunciation: Can you pronounce basic English words correctly? How to learn English pronunciation Learn to recognize all the sounds of English. Learn more What is good English pronunciation? High holy day manifesto for just peace Young, Jewish and Proud , a grassroots organization based in the United States, has released a video manifesto calling upon the Jewish community to recognize their call for a just resolution to the Palestinian-Israeli conflict. The video was released to coincide with the Palestinian bid for independent statehood at the UN, and with the Jewish High Holy Days, which begin Wednesday night with Rosh Hashanah, the Jewish New Year. In the video, 40 Jewish-American youth aged 18-36 face the camera to testify to their diversity – from rabbis and students to punks and freedom fighters – before declaring their manifesto, which includes quotes such as: We refuse to allow our identities to be cut, cleaned, packaged nicely, and sold back to us. The video is co-sponsored by Jewish Voice for Peace , which calls for an end of the Israeli occupation of East Jerusalem, Gaza and the West Bank, and for a just resolution to the Palestinian refugee problem.

Situation Normal, Everything Must Change: Strata Jumpstart 2011 - O'Reilly Conferences, September 19 New York, NY Simon Wardley, based in the UK, is a Researcher for CSC’s Leading Edge Forum, a global research and advisory programme that explores new thinking and develops next practice roadmaps that address the major challenges at the intersection of business, IT and management. Simon’s focus is on the intersection of IT strategy and new technologies, and his current research project is entitled Competing in an Open World. Simon has also recently covered topics including Learning from Web 2.0 and A Lifecycle Approach to Cloud Computing. Simon has spent the last 15 years defining future IT strategies for companies in the FMCG, Retail and IT industries. From Canon’s early leadership in the cloud computing space in 2005, to Ubuntu’s recent dominance as the No 1 Cloud operating system. He is a passionate advocate and researcher in the fields of open source, commoditization, innovation, organizational structure and cybernetics. Web site

Engineers can build a low-carbon world if we let them - opinion - 26 September 2011 Read full article Continue reading page |1|2 The engineering solutions to combat climate change already exist. Politicians must be brave enough to use them before it's too late One word sums up the attitude of engineers towards climate change: frustration. Engineers know there is so much more that we could do. Wind, wave and solar power, zero-emissions transport, low-carbon buildings and energy-efficiency technologies have all been shown feasible. Climate call The barriers preventing the creation of a low-carbon society are not technological but political and financial. The statement calls on governments to move from warm words to solid actions. – an assessment of the climate change challenge in the UK – that the move to a low-carbon society will cost no more than 1 per cent of GDP by 2050. Resistance to wind turbines and the power lines they feed, nuclear power and electric cars, as well as the economic costs, all make public opinion a powerful brake on change. China in front Recommended by