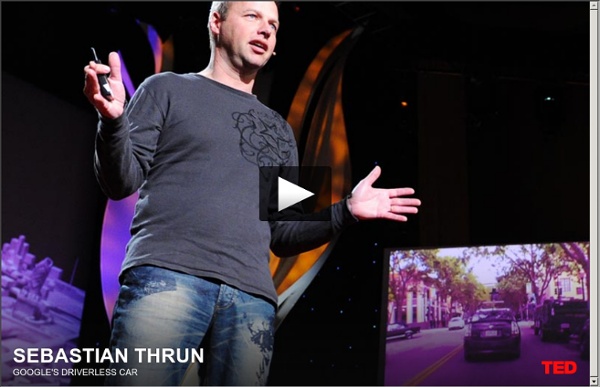 TED-Ed website launches in beta, lets teachers customize video lessons TED-Ed Launches Groundbreaking Website with New Tools for Customized Learning TED-Ed Platform Allows Teachers to "Flip" Video Content and Create Tailored Lesson Plans NEW YORK--(BUSINESS WIRE)--TED, the nonprofit organization devoted to "Ideas Worth Spreading," today launches the second phase of its TED-Ed initiative: a groundbreaking website [ housed on TED.com that enables teachers to create unique lesson plans around TED-Ed video content. "Kohl's is committed to kids' education and we are thrilled to partner with TED to provide inspiring educational tools for teachers and students around the world" TED-Ed seeks to inspire curiosity by harnessing the talent of the world's best teachers and visualizers – and by providing educators with new tools that spark and facilitate learning. TED-Ed launched in March with a channel on YouTube, as well as an open call for educators and animators to submit lesson ideas and animation reels.

What a Non-Partisan Plan for U.S. Entrepeneurship Would Look Like - Derek Thompson The Republican National Convention praised small businesses and the Democratic response will praise the administration's role in helping job creators. But what would a non-partisan plan for entrepreneurs look like? The theme of the first day of the Republican National Convention was "We Built It," a rallying-cry from entrepreneurs who insisted that they didn't need government to start their businesses. This week, we can expect the Democratic response to highlight the ways Obama's administration has empowered job creators. But what would an entrepreneur-first platform, stripped of party politics, really look like? Last week, I asked readers for answers.

Long-Distance Car Radar Photos: Bosch Evolution of a radar Bosch's latest long-range system greatly simplifies the radar's printed circuit board. Instead of a handful of gallium arsenide chips to generate, amplify, and detect the 77-gigahertz microwaves, the system uses just one or two (as shown) of Infineon's silicon germanium chips. Click on image for enlargement. 6 Questions States Need to Ask About Self-Driving Cars A growing number of states are taking up legislation that addresses self-driving vehicles in an effort to make it easier for researchers to explore the technology. But most of the legislation deals with how states can facilitate testing -- as opposed to consumer use of the vehicles -- largely because truly automated vehicles aren't yet available on the market. When that day comes, states will face a host of thorny questions.

10 talks on making schools great With just over a month to go before the 2012 presidential election in the US, eyes around the world are on the contest between Barack Obama and Mitt Romney. The election may well come down to a few key issues. So what matters most to Americans? The TED Blog read this Gallup poll from late July on issues that citizens want the next president to prioritize.

‘This Is Water’: Complete Audio of David Foster Wallace’s Kenyon Graduation Speech (2005) Last month, on the occasion of the author’s 50th birthday, we posted a large collection of free essays and stories by David Foster Wallace. But we missed a rare item: the complete audio recording of the commencement address Wallace gave at Kenyon College, in Ohio, on May 21, 2005–three years before he took his own life. The text of the speech has been published on the Internet and as a book called This Is Water: Some Thoughts, Delivered on a Significant Occasion, about Living a Compassionate Life, but the complete audio version has been hard to find. In the speech, Wallace talks about the challenge of moving beyond the superficial kind of freedom that can be acquired through power and wealth, toward a truer liberation that arises only when we become more fully conscious of the world outside our “tiny skull-sized kingdoms.” He says:

Vision Systems Autoliv’s pioneering work with camera-based vision systems virtually gives the driver an additional pair of eyes, scanning the road ahead for danger. Advanced algorithms allow the camera to “see” and track other vehicles, speed signs and lane markings, warning the driver when the car is in danger of colliding with pedestrians or other vehicles. This system can be used in the following applications: 1. road sign recognition, 2. lane departure warning,