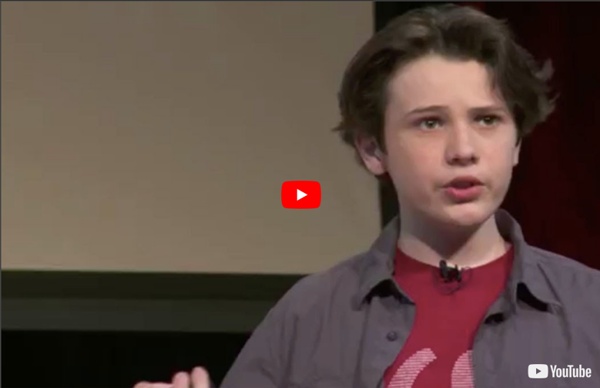 A Urine Powered Generator : Maker Faire Africa Posted on Tuesday, November 6, 2012 · 168 Comments Possibly one of the more unexpected products at Maker Faire Africa this year in Lagos is a urine powered generator, created by four girls. The girls are Duro-Aina Adebola (14), Akindele Abiola (14), Faleke Oluwatoyin (14) and Bello Eniola (15). 1 Liter of urine gives you 6 hours of electricity. The system works like this: Urine is put into an electrolytic cell, which separates out the hydrogen. Connectivism: A Learning Theory for the Digital Age Connectivism: A Learning Theory for the Digital Age December 12, 2004 George Siemens Update (April 5, 2005): I've added a website to explore this concept at www.connectivism.ca Introduction 15-Year-Old Develops Hollow Flashlight Powered by Body Heat From a sleeping bag that charges your gadgets to entire buildings warmed by body heat, scientists are harvesting the heat emitted by humans as a source of renewable energy. But the latest development in thermoelectric energy generation doesn’t come from a high-tech lab at MIT; it comes from Ann Makosinski, a 15-year-old Canadian girl who developed a flashlight that is powered by the heat from a human hand. With the aim of reducing the number of single-use batteries that are thrown in landfills, Makosinski developed the innovative flashlight, which can be developed cheaply and deployed to populations that can’t afford electricity to light their homes.

Connectivism Connectivism is a hypothesis of learning which emphasizes the role of social and cultural context. Connectivism is often associated with and proposes a perspective similar to Vygotsky's 'zone of proximal development' (ZPD), an idea later transposed into Engeström's (2001) Activity theory.[1] The relationship between work experience, learning, and knowledge, as expressed in the concept of ‘connectivity, is central to connectivism, motivating the theory's name.[2] It is somewhat similar to Bandura's Social Learning Theory that proposes that people learn through contact. The phrase "a learning theory for the digital age"[3] indicates the emphasis that connectivism gives to technology's effect on how people live, communicate and learn. Nodes and links[edit] The central aspect of connectivism is the metaphor of a network with nodes and connections.[4] In this metaphor, a node is anything that can be connected to another node such as an organization, information, data, feelings, and images.

Texting 'improves language skill' Text speak, rather than harming literacy, could have a positive effect on the way children interact with language, says a study. Researchers from Coventry University studied 88 children aged between 10 and 12 to understand the impact of text messaging on their language skills. They found that the use of so-called "textisms" could be having a positive impact on reading development. The study is published in the British Journal of Developmental Psychology. GSF 2013 : Project : Going Bananas!-Using Banana Peels in the Production of Bio-Plastic As A Replacement of the Traditional Petroleum Based Plastic The banana fruit’s peel was selected for this experiment because it is a waste material rich of starch-according to Songklanakarin Journal of Science and Technology, the proximate composition of a banana peel is shown below. Items Content (g/100 g dry matter) Protein: 8.6±0.1 Fat: 13.1±0.2 Starch: 12.78±0.9 Ash: 15.25±0.1

Language reaches poor by mobile phone English language lessons are providing a blueprint for the way that mobile phones can be used to deliver education opportunities to communities in some of the poorest parts of the world. In Bangladesh the BBC Janala service, targeted at rural and urban poor, has delivered over 3.5m three-minute audio English language lessons since its launch in November 2009 and last month Nokia, the Finnish handset maker, expanded its Ovi Life Tools suite of information and education content to low-income mobile phone users in Nigeria. Since 2009 Nokia has been rolling out its Ovi Life Tools in China, India and Indonesia, and now claims that it has a total of 6.3 million users. Its Learn English service, which offers vocabulary lessons at three levels of proficiency, are proving to be among its most popular services, alongside price information for farmers and sport and entertainment news.