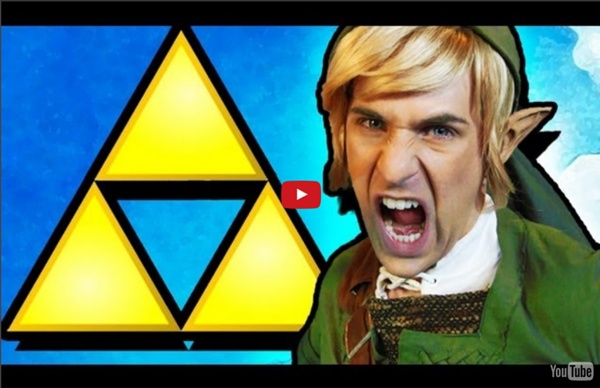 The Mirror Effect Of The Empath And Why Some People Instantly Dislike You We have all experienced it, being around someone who has either taken an instant dislike to us, or a bizarre resentment suddenly appears in those we have known for some time. There may be no clear reason for this change in their behaviour. No matter whether they try to hide their feelings or not, an Empath can sense their loathing and it does not feel good! Tim Minchin - Pope Song Future - Why our facial expressions don’t reflect our feelings While conducting research on emotions and facial expressions in Papua New Guinea in 2015, psychologist Carlos Crivelli discovered something startling. He showed Trobriand Islanders photographs of the standard Western face of fear – wide-eyed, mouth agape – and asked them to identify what they saw. The Trobrianders didn’t see a frightened face.

Louis Armstrong: America’s Cultural Ambassador Use one of the services below to sign in to PBS: You've just tried to add this video to your Watchlist so you can watch it later. But first, we need you to sign in to PBS using one of the services below. You’ll be able to manage videos in your Watchlist, keep track of your favorite shows, watch PBS in high definition, and much more!

Make It So! 'Star Trek's' Capt. Picard Returns in New CBS Series As a famous "Star Trek" captain once said, things are only impossible until they're not. An incredible 24 years after "The Next Generation" (TNG) finished its television run, star Patrick Stewart announced he will reprise his role as Captain Jean-Luc Picard in a new CBS series. TNG was a groundbreaking series in its day, dealing with sensitive matters such as torture and gender equality as it followed a space crew exploring the universe and occasionally fighting other species, such as the Borg and the Romulans.

Sir Terry Pratchett - The life and works of Sir Terry Pratchett OBE The Watch, produced by BBC Studios and Narrativia, uses Terry Pratchett’s City Watch books as inspiration to create a ‘uniquely anarchic and thrillingly entertaining police procedural.’ The Cast The cast will be led by actor Richard Dormer playing the legendary Sam Vimes. Dormer says ‘I’m so thrilled to be part of this brilliant madness and mayhem! I was immediately drawn to the multitude of layers to Sam Vimes, and I find the dynamic between him and his band of disenfranchised comrades very compelling.’ Also joining the cast are Adam Hugill as Carrot, Jo Eaton-Kent as Cheery, Marama Corlett as Angua, Lara Rossi as Lady Sybil and Sam Adewunmi as Carcer.

Born to Be Blue: Ethan Hawke on the fast life and mysterious death of Chet Baker When asked how much he knew about jazz before playing the fabled trumpeter Chet Baker in Born to Be Blue, Ethan Hawke starts off by mentioning the Miles Davis LP he filched from his mother while still only a boy. She only had about 20 LPs, he reports, so the heist did not go unnoticed. He then moves on to discuss Baker’s attempts to impress the laconic, distant Davis, Charlie Parker’s influence on the music of the 1950s, and Baker’s working relationships with saxophonist Gerry Mulligan, trumpeter Dizzy Gillespie and pianist Herbie Hancock. Now On Netflix, 'The Bill Murray Stories' - A Perfect Movie For The New Year For years now, Bill Murray sightings have been the stuff of legend. The time he crashed a bachelor party to offer some unsolicited advice on love. The time he hopped behind the bar at an Austin watering hole to sling cocktails. The time he showed up at a London house party... and did all the dishes. What he does during these unannounced real-life cameos has earned him nothing short of godlike admiration from people around the world: He simply blends in.

Dune Concept Art and Illustrations I Before George Lucas’ Star Wars or George R.R. Martin’s Game of Thrones, there was Frank Herbert’s epic novel Dune. An inspiring science fiction story exploring a variety of themes including technology, ecology, politics and religion, Dune won the first Nebula Award for Best Novel in 1966 and has since inspired many artists to come. Whether you’ve discovered Dune through Frank Herbert’s series or by watching the 1984 film directed by David Lynch, you can’t deny the impression this story has left in both the entertainment and creative industry. We’ve compiled a collection of concepts, illustrations and fan art inspired by the Dune universe and created by some of the artists previously showcased on CAW. Gary Jamroz

What to rewatch before Star Trek Picard - RunPee I haven’t seen the new Picard show yet, but I’m extremely excited, and according to the trailers, it picks up where the long-running (non-JJ Abrams) Star Trek TV and movie series left off… Just 20 years later. And Patrick Stewart, like the rest of us, are 20 years older. Will Star Trek: Picard, be a worthy return to the 24th century? It’s time to recall and rewatch what Star Trek episodes and movies that focus on Picard, the Borg, Picard’s family, more Borg, and the characters we expect to see in the new series (like Data/B-4, Hugh, and Seven of Nine, although Stewart announced we’ll see cameos from everyone eventually). Plus, some Borg. -----Content continues below------