I accidentally became a housewife. This piece originally appeared on DAME. 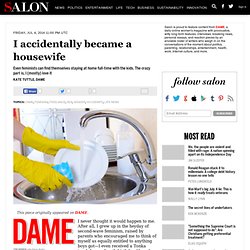 I never thought it would happen to me. After all, I grew up in the heyday of second-wave feminism, raised by parents who encouraged me to think of myself as equally entitled to anything boys got—I even received a Tonka truck for my fourth birthday (though when my father accidentally backed over it in our driveway it was never replaced). My earliest career ambition was to be an archeologist. Later, I decided I would be a doctor. No, a lawyer. Sure, an air of casual sexism still hung around, Free to Be You and Me notwithstanding. More from DAME: “I Don’t Want to Be the Town’s Token Black Family” I had seen what some feminists thought of housewives. Lady - Yankin (Prod. by WMGI/BC) Lucille bogan - shave 'em dry (1935) Michelle Obama's 'Jeopardy!' look incites 'bald' buzz. No More Gender Prejudices! Terry Richardson Is a Predatory Artist. In a 7,400-word epic feature in New York magazine, Benjamin Wallace asks: “Is Terry Richardson an Artist or a Predator?” 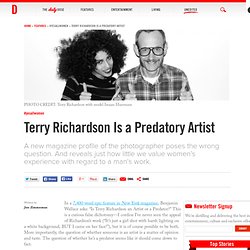 This is a curious false dichotomy—I confess I’ve never seen the appeal of Richardson’s work (“It’s just a girl shot with harsh lighting on a white background, BUT I came on her face!”) , but it is of course possible to be both. More importantly, the question of whether someone is an artist is a matter of opinion and taste. The question of whether he’s a predator seems like it should come down to fact. But Wallace treats that question as a matter of opinion, too.

Terry Richardson, for those of you who have been lucky enough to miss all this, is a well-known fashion and celebrity photographer. Richardson doesn’t bother to deny that he often sheds his clothes during shoots (he’s just trying to make the girls feel comfortable!) Disney Princess Art.

#YesAllWomen Trends On Twitter In Wake Of Isla Vista Shooting. Beyond the anger, beyond the outpouring of grief for the victims and beyond the calls for something to help stop the madness of mass shootings, Friday's killing spree in Isla Vista, Calif., has provoked one more reaction. 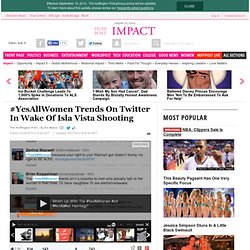 It's a call to end misogyny, inequality and violence against women -- and an end to lumping all women together, as suspected gunman Elliot Rodger did in his angry YouTube videos. "You girls have never been attracted to me," Rodger said in one of the rants. "I don't know why you girls aren't attracted to me but I will punish you all for it. " Under the hashtag #YesAllWomen, women have been sharing stories of what they've had to put up with, from discrimination to sexual assault, while pointing out the many ways misogyny has become almost acceptable. Here's one example: The hashtag plays off the "not all men" argument (and meme) often used to counter some feminist beliefs and accusations. See more #YesAllWomen tweets below:

When she was a 12-year-old girl, mother put on a fancy dress for work so they didn't lose the house. Terry Crews: Manhood, Feminism & the Mindset that Leads to Rape. Dubai Participates in UN "HeForShe" Campaign With This Amazing Song (Video) Every Woman. Jan 15, 2014 The Ultimate Strip Club List website describes Club 203 in Moriarty, New Mexico as the place "where strippers go to die. 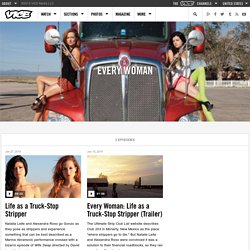 " But Natalia Leite and Alexandra Roxo were convinced it was a solution to their financial roadblocks, so they ran away from Brooklyn t… Men Who Rock II - Features. Joe Axler When he's onstage, metal sex kitten Joe Axler (aka Joe Grindo) is in control—powering through complicated drum solos and validating his sexy masculinity with undeniable Meg White–esque appeal. 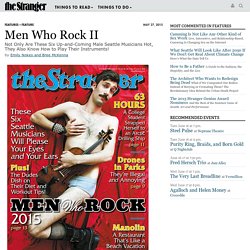 In his bands Samothrace, Splatterhouse, and Theories, Joe's wicked talent and heartfelt passion shine through. Joe took time off of his busy tour schedule to chat with The Stranger. You're on tour right now. What are your must-haves on tour, and what is currently in your beauty bag? A man never tells. How do you keep so fit on the road? I keep a very strict food regimen and exercise schedule. Who does your hair, and what are your ultimate hair tips and secrets? Bitch Media. Bitch Media. FFFF: Feminist Bond Girl – Gender Focus. 13 Portraits Of Britain's Most Successful Senior Women. This Is What A Scientist Looks Like. 3 Beyoncé Songs That Sound Totally Different When Spoken. Nina Millin: To the left, to the left. 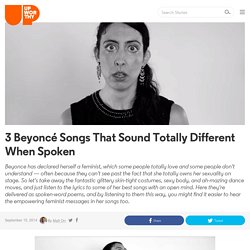 Everything you own is in a box. To the left, in the closet, that's my stuff. Yes, if I bought it, please don't touch. Let's keep talking that mess. That's fine, but could you then walk and talk at the same time? So go ahead, get going. Child: Come on, Little Bobo. There may be small errors in this transcript.