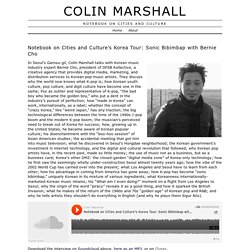 Download the interview on Soundcloud above, here as an MP3, or on iTunes. TimelineJS Embed. Rewinding to the K-pop past: 1996-1999. It’s safe to say that K-pop is the cool, hot trend for Asian music these days. 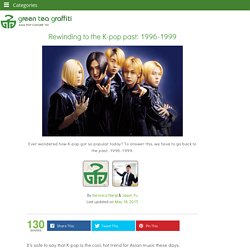 Ask any of your friends that are young and into Asian pop culture, especially if they’re Asian-Americans or living in southeast Asia, and chances are they either listen to K-pop or have heard of it. K-pop History Rewind 2008. If there is a single year in K-pop history that bridged the gap of K-pop being a niche to becoming a global powerhouse, 2008 would be it. 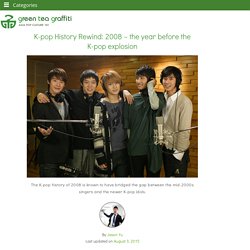 Considered by many fans to be the beginning of the “Golden age of K-pop” — from 2008 to 2011 — this year was a transition from the older, mid-2000s singers to the new generation of idols. Here are some notable singers in 2008: Rain’s “Rainism” was a huge hit in 2008. Rain and Lee Hyori at their primeTVXQ‘s “Mirotic” ruling the charts and still as a group of fiveThe Wonder Girls as the queens of K-popSuper Junior branching out to two subgroups: Super Junior H and MBig Bang cementing themselves as the future of boy band idols.Rapper MC Mong enjoying his popularity, releasing the catchy hit “Crazy”.Se7en heading to the US for music promotions. Here are some of the rising stars during this year: The boys of SHINee posing. 2014 breathed new life into Kpop's dying formula.

This year signals a change in the winds for Kpop. 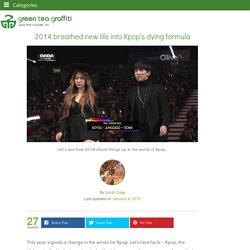 Let’s face facts – Kpop, the idol-controlled industry saturated with girl groups and guy groups galore – that formula is dying. The charts show it. Declining video views show it, and fans who were once on full throttle for it find their attention drawn elsewhere. Shaking things up was just what Kpop needed. Collaborations and solo efforts ruled this year, while larger groups suffered under the weight of individual and duo success. Stanford Magazine - Article. An Internet smear campaign nearly destroyed the South Korean star, but he fought back with the only weapon he had: the truth. 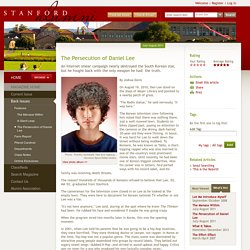 On August 19, 2010, Dan Lee stood on the steps of Meyer Library and pointed to a nearby patch of grass. "The Rodin statue," he said nervously. "It was here. " The Korean television crew following him noted that there was nothing there, just a well-mowed lawn. Students on bikes zipped past, paying no attention to the cameras or the skinny, dark-haired 30-year-old they were filming. The reason? The cameraman for the television crew closed in on Lee as he looked at the empty lawn. "It's not here anymore," Lee said, staring at the spot where he knew The Thinker had been. When the program aired two months later in Korea, this was the opening moment. In 2001, when Lee told his parents that he was going to be a hip-hop musician, they were horrified.

Lee formed a band with two other musicians. Psy says he has 'no chance' of another 'Gangnam Style' success. SEOUL – ‘Gangnam Style” star Psy acknowledged Monday that he could never repeat the phenomenal global success of his 2012 hit, but said he was perfectly happy being “just another” K-pop artist. 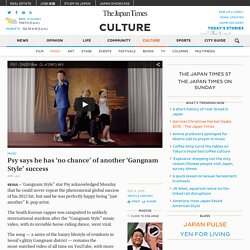 The South Korean rapper was catapulted to unlikely international stardom after the “Gangnam Style” music video, with its invisible horse-riding dance, went viral. The song — a satire of the luxury lifestyle of residents in Seoul’s glitzy Gangnam district — remains the most-watched video of all time on YouTube, with more than 2.4 billion views. The 37-year-old singer said the success of the song and the expectations that came with it had sometimes been difficult to cope with. “The pressure and stress was simply too huge,” he told a press conference in Seoul ahead of the release on Tuesday of his new album. Asked if he imagined another worldwide hit, Psy shook his head. Humble academic prince Roy Kim posts his final project on Youtube - OMONA THEY DIDN'T! Endless charms, endless possibilities ♥

From the video description: "This is not a music video.This is my final film project for Sociological Theory SOCI-202-Hsu.I tried to delve the ideas of Erving Goffman's Performances into an empirical example of my life. p.s My thoughts could always change. 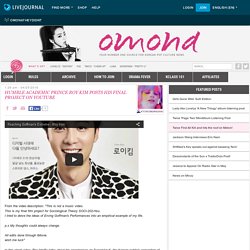 All edits done through iMovie.wish me luck" In this short video, Roy briefly talks about his experiences on Superstar K, the Korean public's perception of him as an umchinah and his public/private personas. (He also used "No Diggity" and Sam Kim's "No Sense" as background music I was dying) Caption: totally into this guy these days. such genius! Caption: i miss this place so much. Radio Palava - The trouble with kpop. Can you trust the K-pop charts? This is the first in a two-part series examining issues pertaining to Korea’s digital music industry. – Ed. 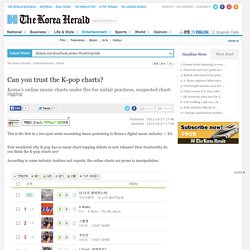 Ever wondered why K-pop has so many chart-topping debuts or new releases? How trustworthy do you think the K-pop charts are? According to some industry insiders and experts, the online charts are prone to manipulation. A major issue with the charts today is “hoarding,” efforts allegedly coordinated by fans or brokers to push certain songs up the charts by streaming simultaneously, especially during off-peak hours and particularly upon release.

At the center of the problem is, according to professor Kim Min-yong of Kyung Hee University in Seoul, the existence of real-time charts, which are refreshed approximately every hour. “If you hit No. 1 just for one hour, you can claim that you had a No. 1 song,” Kim said in a recent forum in Seoul. K-pop’s Disconnect With ‘Authentic’ Hip Hop Culture  K-pop’s Disconnect With ‘Authentic’ Hip Hop Culture Written by Guest On August 8, 2012 There are two constant music loves in my life: K-pop and hip-hop. 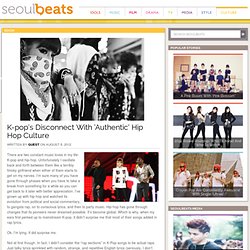 Unfortunately I oscillate back and forth between them like a terribly finicky girlfriend when either of them starts to get on my nerves. I’m sure many of you have gone through phases when you have to take a break from something for a while so you can get back to it later with better appreciation. I’ve grown up with hip-hop and watched its evolution from political and social commentary, to gangsta rap, on to conscious lyrics, and then to party music.

Ok, I’m lying. Not at first though. For example, B.A.P. recently released their track “No Mercy,” which is slowly solidifying itself as one of the coolest summer comebacks. The Problematic Relationship Between Hip-hop and K-pop.