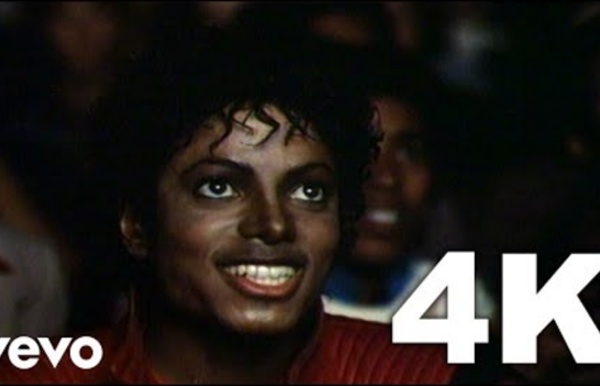 Ennio Morricone, Oscar-Winning Composer of Film Scores, Dies at 91 Ennio Morricone, the Italian composer whose atmospheric scores for spaghetti westerns and some 500 films by a Who’s Who of international directors made him one of the world’s most versatile and influential creators of music for the modern cinema, died on Monday in Rome. He was 91. His death, at a hospital, was confirmed by his lawyer, Giorgio Assumma, who said that Mr. Movie Review Template for Kids It’s time for a reality check… whether we accept it or not we’re all critics. Whether it be about the clothes we wear, the food we eat or the movies we watch we all have an opinion. This is why I’ve decided to try something new this summer and do movie reviews with the kids I nanny. Throughout the summer the four of us will be taking turns choosing a movie, watching it then the kids will fill out movie reviews with their thoughts. We’ve done this once already and so far it’s a hit! Linked below are the two templates we’re using.

Michael Jackson Michael Joseph Jackson[2][3] (August 29, 1958 – June 25, 2009)[4] was an American singer-songwriter, actor, and businessman. Often referred to as the King of Pop,[5][6] his contributions to music, dance, and fashion, along with his publicized personal life, made him a global figure in popular culture for over four decades. Life and career 1958–75: Early life and The Jackson 5 Jackson's childhood home in Gary, Indiana, showing floral tributes after his death In an interview with Martin Bashir, later included in the 2003 broadcast of Living with Michael Jackson, Jackson acknowledged that his father hurt him when he was a child, but was nonetheless a "genius", as he admitted his father's strict discipline played a huge role in his success.

Thriller (album) Thriller was ranked number 20 on Rolling Stone magazine's 500 Greatest Albums of All Time list in 2003,[9] and was listed by the National Association of Recording Merchandisers at number three in its Definitive 200 Albums of All Time. The Thriller album was included in the Library of Congress' National Recording Registry of culturally significant recordings, and the Thriller video was included in the National Film Preservation Board's National Film Registry of "culturally, historically, or aesthetically significant films". In 2012, Slant Magazine listed the album at number one on its list of "Best Albums of the 1980s".[10] Jackson confided in Branca that he wanted to be the biggest star in show business and "the wealthiest".

Madonna (entertainer) Madonna Louise Ciccone[2] (/tʃɪˈkoʊneɪ/ chi-KOH-nay) (born August 16, 1958) is an American singer-songwriter, actress, and businesswoman. One of the most prominent cultural icons for over three decades, she has achieved an unprecedented level of power and control for a woman in the entertainment industry. She attained immense popularity by pushing the boundaries of lyrical content in mainstream popular music and imagery in her music videos, which became a fixture on MTV. How can film help you teach or learn English? What can film and video add to the learning experience? Kieran Donaghy, who won the British Council’s TeachingEnglish blog award tells us why film is such a good resource and recommends some useful websites, in one of our top five articles of all time, illustrated by artist Jamie Johnson. Language teachers have been using films in their classes for decades, and there are a number of reasons why film is an excellent teaching and learning tool.

The 20/20 Experience – 2 of 2 The album, as part of The 20/20 Experience – The Complete Experience, was nominated for a Grammy Award in the category Best Pop Vocal Album.[1] Background[edit] "I'm the one that sits and is obsessive about it before you even get to hear it. Australian Television: Blue Water High: episode guide: series 1 The Contenders Episode 01 Written by Shelley Birse Directed by Ralph Strasser Australia (ABC): Wednesday, May 11, 2005 Germany (KiKa): September 29, 2005 Blue Water High is the ultimate teenage adventure in the ultimate teenage environment. Beautiful beaches, crystal clear water, long sunny days.

Britney Jean Britney Jean is the eponymous eighth studio album by American recording artist Britney Spears. It was released on November 29, 2013, by RCA Records. Her first studio album since the dissolution of her long-time record label, Jive Records, in 2011, Spears began recording in May 2013 and continued work into October 2013. Artpop Artpop (stylized as ARTPOP) is the third studio album by American recording artist Lady Gaga, released on November 6, 2013 by Streamline and Interscope Records. She began planning the project in 2011, shortly after the launch of her second studio album, Born This Way. Work continued into 2012 and 2013, during which time Gaga was travelling for her headlining Born This Way Ball and recovering from surgery for an injury that she sustained while touring. Artpop received generally mixed reviews from music critics. Its release was prefaced by a two-day album release party dubbed an "ArtRave".

Bob Dylan Classic, “Forever Young,” Animated for Children Bob Dylan recorded “Forever Young” on his 1974 album Planet Waves. It’s a classic “paternal love song,” a song inspired by his then four year-old son Jakob, who later became the frontman of The Wallflowers. Countless musicians have since covered this Dylan standard — from Joan Baez and Johnny Cash to Rod Stewart, The Pretenders, Eddie Vedder and even Norah Jones, who sang a poignant version at Steve Jobs’ memorial service last year. The lyrics of “Forever Young” lend themselves perfectly to a children’s book:

Top 10 Hot Pop Songs November 5, 2013 Weekly Chart These are the hottest 10 pop songs of the week as determined by About Top 40. This chart is compiled consulting data from various music industry charts and sources. It is intended to indicate the hottest rising hits. Recordings that have reached the top 10 of the Billboard Hot 100 chart are disqualified from this chart. 2.