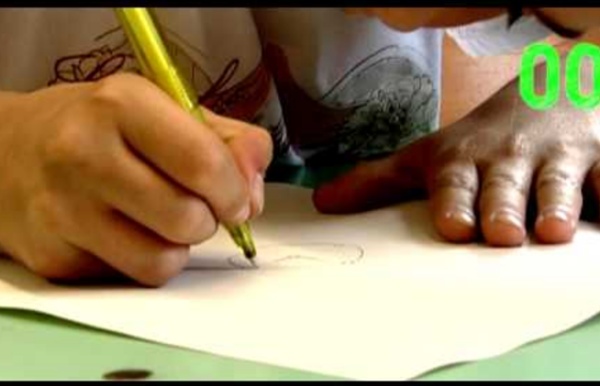 A Computer-Model for the Creative Process Beyond Simple Brainstorming « Visualizing the Invisible To build computer systems which particularly support creativity, an abstract process model is necessary. Most creativity support systems used in practice, so far only address a simple gathering of ideas in the style of a less-strict version of the Brainstorming-technique. Our main goal was, to find a more generic model which allows for the instantiation of more complex creativity techniques.

Get me a LandJob! - Welcome to Fire After long contemplation about my life purpose, I settled on fire as the main forestry aspect I want to devote my energy to. I started off with grad school interviews for a M.S. degree with a focus in fire ecology. The number one question that came up: “So... do you have any fire experience?” Seeing as I didn’t find my calling until three semesters before I graduated, the answer was unfortunately “no”. I had already started applying to numerous fire jobs, in every state I deemed “livable” (everywhere from CA to as far over as the Dakotas). Considering the suggestions I was given, I was able to refine my application to areas with higher probability of employment for first time fire experience.

Cymatics: New Music Video for Nigel Stanford Merges Music and Science Experiments With a host of audio-based science experiments from sine waves blasting through streams of water, to visualizations of audio frequencies using sand, and sound waves traveling through flammable gas, this new video by Nigel Stanford has it all. Titled Cymatics, the music video was created for the first single from his new album, Solar Echoes. If you want to learn more about the science, there’s plenty of behind-the-scenes footage with explanation behind each experiment on his Vimeo channel. If You Are Creative, Are You Also Intelligent? According to an article in Newsweek , here in the United States we apparently have a creativity crisis . According to Kyung Hee Kim at the College of William and Mary, scores on the Torrance Test of Creative Thinking have been decreasing since the 1990's. The same article mentions that China is making a push to move away from rote memorization and adopt a more problem centered learning approach, perhaps like that of America.

Alcohol Benefits the Creative Process Creative thought is something we often aspire to. Whether it’s in terms of artistic products, scientific discoveries, or business innovations, creative accomplishments drive advancement in much of what we do. But what sorts of things enhance creativity ? A popular belief is that altered cognitive processing, whether from sleep , insanity, or alcohol use, sparks creativity among artists, composers, writers, and problem-solvers. Perhaps due to the fact that the rarity of great accomplishments make them hard to study, however, little research has actually shown how creative processes change when people, for example, have a few drinks.

Bilingualism in Young Children: Separating Fact from Fiction By Lauren Lowry Hanen Certified Speech-Language Pathologist Note: “bilingual” refers to someone who speaks two languages; “monolingual” refers to someone who speaks one language The Facts: What We Know About Bilingualism Our world is becoming increasingly multilingual. Consider some of the following statistics:

Stupidity Rules for Creative Professionals I'm having trouble being stupid. Productively stupid, that is. I have infinite reserves of unproductive stupidity—ignoring my car's oil light, losing my wallet, hiring the wrong person. Start Your Day in 33 Different Ways Mornings are underrated. I consider them fundamental for the whole diurnal experience. What you do in the very first moments of your morning will fundamentally and inexorably shape your entire day.

Myths of Right-Brained Creativity "I'm not creative. I'm very left-brained." "My teachers killed my creativity ." "I'm just not into being all different and original and weird." As a creativity consultant, I often hear such comments. What underlie each of them are myths about creativity, myths perpetuated often by other consultants and by incomplete conclusions derived from the science of creativity. 7 Ways To Discover Your Life Purpose Written by my friend Amateo Ra| Living a life of purpose is a key essential ingredient for happiness. So many people all over the World are realizing they can’t just work some dead end, unfulfilling job that doesn’t nourish the soul. We are also realizing we perform our best when we are doing something we like and are naturally good at.

Creativity Rocks! There are few things that are more satisfying than coming up with a creative solution to a vexing problem. In fact, the feeling you get from finding a clever way out of a mess, of seeing old things in a new ways, or of making something from nothing can be wonderfully addictive. Unfortunatley, most people aren't encouraged to be creative in their everyday lives. Study: It doesn't pay to be smart If you're so smart, why aren't you rich? Although money and mental muscles may seem a natural match, brains, alas, may be more hindrance than help when it comes to getting rich, concludes a new study in the journal Intelligence. "It is still not well understood why some people are rich and others are poor," writes study author Jay Zagorsky of Ohio State University.