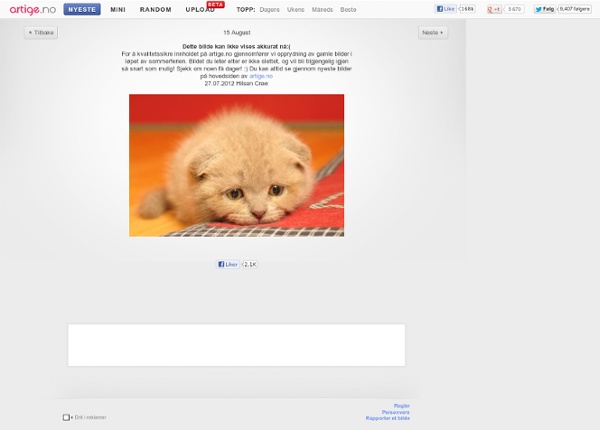 Twelve Virtues of Rationality by Eliezer Yudkowsky by Eliezer Yudkowsky The first virtue is curiosity. A burning itch to know is higher than a solemn vow to pursue truth. The second virtue is relinquishment. The third virtue is lightness. The fourth virtue is evenness. The fifth virtue is argument. The sixth virtue is empiricism. The seventh virtue is simplicity. The eighth virtue is humility. The ninth virtue is perfectionism. The tenth virtue is precision. The eleventh virtue is scholarship. Before these eleven virtues is a virtue which is nameless. Miyamoto Musashi wrote, in The Book of Five Rings: "The primary thing when you take a sword in your hands is your intention to cut the enemy, whatever the means. Every step of your reasoning must cut through to the correct answer in the same movement. If you fail to achieve a correct answer, it is futile to protest that you acted with propriety. How can you improve your conception of rationality? Do not ask whether it is "the Way" to do this or that.

:: Authentic Happiness :: Using the new Positive Psychology 6 Questions That Will Make You Fee Peaceful and Complete “The best place to find a helping hand is at the end of your own arm.” ~Swedish Proverb When I was in my mid-twenties an unhealthy relationship with an unhealthy guy sent me packing off to the corner of New Mexico to find myself. In a new age, self-discovery kind of world—a hubbub of a town filled with people in transition—I was graced to meet many powerful healers, gurus, shamans, and teachers. I became a workshop junkie. I got rolfed, (and got more intense body-work by thick-boned Maoris) and rebirthed with conscious breath work. I went on vision quests in the desert, called leading psychics, mapped my astrological chart, figured out my Enneagram number, dreamed lucidly for nights in an upright chair, and drew down the moon in Wiccan circles. I know. I was a perpetual seeker. Even though my unhealthy relationship was dysfunctional, that man gave me a gift that I wouldn’t discover for years. Whether he meant it or not, he would say: What’s not to love about you? 1. 2. 3. 4. 5. 6.

100 I fatti molto cool sul corpo umano - TV Global One The Brain The human brain is the most complex and least understood part of the human anatomy. There may be a lot we don’t know, but here are a few interesting facts that we’ve got covered. Nerve impulses to and from the brain travel as fast as 170 miles per hour. Hair and Nails While they’re not a living part of your body, most people spend a good amount of time caring for their hair and nails. Facial hair grows faster than any other hair on the body. Internal Organs Though we may not give them much thought unless they’re bothering us, our internal organs are what allow us to go on eating, breathing and walking around. The largest internal organ is the small intestine. Bodily Functions We may not always like to talk about them, but everyone has to deal with bodily functions on a daily basis. Sneezes regularly exceed 100 mph. Sex and Reproduction As taboo as it may be in some places, sex is an important part of human life as a facet of relationships and the means to reproduce. Senses

10 Websites To Make You Think | The Online Learning Blog from Study2U Supposedly browsing the internet requires more brain power than watching television. Although judging from some of the websites we’ve come across that assumption is cast into doubt. Here’s some of the sites we like that might get your brain to sit up and listen. Ted A conference that started in 1984 bringing together experts in technology, entertainment and design quickly grew into so much more. The conference itself is invitation only, but the website features all the talks at the conference in high res video format. New Scientist The New Scientist website carries new articles from the magazine as well as the NS archive of over 76,000 pieces. Big Think The Big Think website is a collection of ‘global thought leaders’ who offer their thoughts and analysis on world events and other important developments. Café Scientifque ‘for the price of a cup of coffee or a glass of wine, anyone can come to explore the latest ideas in science and technology’ Breathing Earth Arts & Letters Daily How Stuff Works

A Lesson on Forgiveness The Buddha was sitting under a tree talking to his disciples when a man came and spit on his face. He wiped it off, and he asked the man, “What next? What do you want to say next?” The man was a little puzzled because he himself never expected that when you spit on somebody’s face, he will ask, “What next?” Buddha’s disciples became angry, they reacted. Buddha said, “You keep silent. “If you think on it deeply,” Buddha said, “he has spit on his own mind. The man was even more puzzled! Puzzled, confused, the man returned home. The next morning he was back there. The man looked at Buddha and said, “Forgive me for what I did yesterday.” Buddha said, “Forgive? “And you also are new.

Mistakes Introverts Make We are all so very wonderful and yet--I'm sorry, but it must be said--we are not perfect. This blog has focused mostly on staking out turf in our culture for introverts , but now it's time to consider some things related to our introversion that might be interfering with our relationships and accomplishments. Many or most of us have probably made some of these mistakes at one time or another. I certainly have. Sure, some people need more social interaction than others, but we all need some. Too much isolation is not healthy. Yes, we hate the phone, and it's OK to ask that people respect and honor this. OK, if someone obstinately refuses any other form of communication and insists on frequent time-sucking phone calls, then you get some leeway to make your point. As much as we prefer deep conversation, plunging straight into your worldview over the onion dip at a party can be off-putting to others. Ah, the dreaded babble. We all must do things we don't like.

Buddhism and the Brain ? SEEDMAGAZINE.COM Credit: Flickr user eschipul Over the last few decades many Buddhists and quite a few neuroscientists have examined Buddhism and neuroscience, with both groups reporting overlap. I’m sorry to say I have been privately dismissive. One hears this sort of thing all the time, from any religion, and I was sure in this case it would break down upon closer scrutiny. When a scientific discovery seems to support any religious teaching, you can expect members of that religion to become strict empiricists, telling themselves and the world that their belief is grounded in reality. But science isn’t supposed to care about preconceived notions. Despite my doubts, neurology and neuroscience do not appear to profoundly contradict Buddhist thought. Buddhists say pretty much the same thing. When considering a Buddhist contemplating his soul, one is immediately struck by a disconnect between religious teaching and perception. Mr. The next day Mr. Consider how easily Buddhism accepts what happened to Mr.