The Size Of Our World 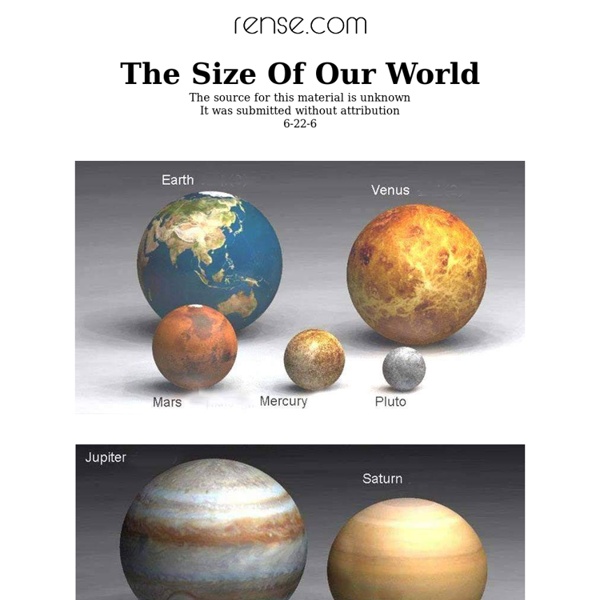 Disclaimer Email This Article MainPage This Site Served by TheHostPros

33 Unbelievable Places To Visit Before You Die. I Can't Believe These Actually Exist On Earth... So many other-worldly places exist right on our planet, and we never even knew about it. Here are 33 landmarks that look like paintings and scenes from science fiction movies. earthporm.com During the rainy season, the world’s largest salt flat becomes the world's largest mirror. The Salar was born when several prehistoric lakes joined into one. The salt flat is so reflective, it’s used to calibrate satellites. Hubble Wallpaper Videos See the universe come to life via animations, scientific visualizations, expert commentary, and more. Family tree of the Greek gods Key: The essential Olympians' names are given in bold font. See also List of Greek mythological figures Notes External links Greatest Optical Illusions Pictures. OK, this one really belongs in the Skytopia 3D stereoscopic gallery, but I just couldn't resist. If you can cross your eyes, so that both pictures slide 'into' each other - to form a third, 3D image between them, the effect you will see is truly stunning! Try focusing on something in between you and the monitor to help see the illusion.

Errors in the "The Big Bang Never Happened" Top | Criticism | Alternative | Miscellaneous | Bottom Eric Lerner starts his book "The Big Bang Never Happened" (hereafter BBNH) with the "errors" that he thinks invalidate the Big Bang. These are Science experiment on soil erosion This post is also available in: Italiano Science experiment on soil erosion – This experiment, which has a tremendous visual impact due to its simplicity, it will demonstrate the relationship between precipitation, soil erosion, protection of watercourses and vegetation. A very simple experiment that stresses the importance of the vegetation cover of the soil. You can propose in three versions: – Preparing the planting of seedlings – Using plants ready to be transplanted – Using soil samples. Science experiment on soil erosion – First version Prepare three identical plastic bottles, cut as shown in the pictures and put them on a flat surface (I’ve stuck with the hot glue on a tablet of plywood):

Hubble data predicts Milky Way galactic collision When Galaxies Collide! It sounds like an early science fiction novel. However, analysis of Hubble measurements shows that our own Milky Way galaxy is moving toward a head-on collision with our nearest neighbor, the Andromeda galaxy (also known as M31). The collision will start in about four billion years, and over the following three billion years the two spiral galaxies will coalesce into a large elliptical galaxy. Based on this data, NASA has produced a video of the upcoming collision. 100 Amazing Web Tools for Hobbyist Scholars Art & Design A student attending a school of art and design must learn how to communicate ideas through visual language. They study contemporary and classic artists, and learn traditional and modern methods of creating art, covering media like paint, sculpture, textiles, or digital design. With solid foundations in drawing, developed discipline and knowledge, students may pursue a variety of careers in graphic design, product design, conceptual art, illustration, and other fields.

Linda Vista Revisited: East LA’s Abandoned Hospital Last year, while scouting for a short film that never came to fruition, some friends and I talked our way inside an empty, run-down hospital in Boyle Heights. The short was supposed to take place in a hospital, but after a few minutes wandering the halls of Linda Vista — alone and decidedly creeped-out — it became obvious that there was no way the place would work. It had been closed for twenty years, and it showed: there was dirt caked in layers on walls and mysteriously wet floors; windows were broken and doors hung off their hinges; ceiling tiles had fallen victim to moisture and gravity, and rats had chewed through the walls. We didn’t have the money to make Linda Vista look like anything more than a horror movie — a few of which had actually been shot there over the years. I was only inside for 45 minutes or so, running through the place snapping photos on the fly with a crappy point-and-shoot. Click on photos to see larger sizes.

What Happened Before the Big Bang? The New Philosophy of Cosmology - Ross Andersen - Technology What existed before the big bang? What is the nature of time? Is our universe one of many? On the big questions science cannot (yet?) answer, a new crop of philosophers are trying to provide answers. Last May, Stephen Hawking gave a talk at Google's Zeitgeist Conference in which he declared philosophy to be dead.

A Pale Blue Dot: The Ultimate Earth "selfie..." There is a bit more to the Pale Blue Dot that can be heard from Carl Sagan himself at this Library of Congress link. Take few moments it is worth listening to Sagan describe what he suggested to NASA as Voyager I was leaving the solar system and why he thought it was so important to take this photo. Now, read the words of his essay here. Go back to the THINK section and answer the remaining questions.There are several different versions of the Pale Blue Dot.