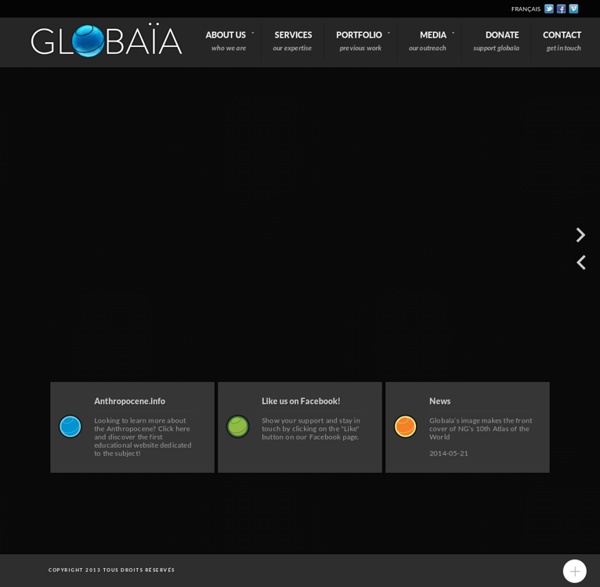 Proposal for MIT Global Environment Initiative seeks public comment As the world’s population continues to expand, our natural resources will become increasingly strained. In an effort to find sustainable solutions for the planet’s growing population while minimizing environmental impacts, MIT’s Environmental Research Council (ERC) has put forward a detailed implementation plan to establish a Global Environmental Initiative to complement the MIT Energy Initiative (MITEI). The interdisciplinary, faculty-led council presented the plan to the MIT community last Thursday in a forum held at the Kirsch Auditorium in the Stata Center. Council members outlined an initiative that would bring together MIT’s “core strengths” across campus to help solve the world’s pressing environmental challenges, from mitigating climate change to curbing contamination and maintaining fresh water supplies. In the areas of climate and oceans, MIT already has a strong foundation of interdisciplinary collaboration.

Interactive Data Visualization for the Web Copyright © 2013 Scott Murray Printed in the United States of America. O’Reilly books may be purchased for educational, business, or sales promotional use. Online editions are also available for most titles ( For more information, contact our corporate/institutional sales department: 800-998-9938 or <corporate@oreilly.com>.

Sustainable Development – Earth Charter Initiative Principle 14 of the Earth Charter emphasizes the importance of “Integrating into…education and life-long learning the knowledge, values, and skills needed for a sustainable way of life”. Education is fundamental to the mission of Earth Charter Initiative. ECI has therefore created the Earth Charter Center for Education for Sustainable Development at the University for Peace in Costa Rica. The Center deepens students’ and program participants’ understanding of sustainability vision and practice, and build the knowledge, skills, attitudes, and values they need to shape a sustainable future.

Northwestern University Center for Interdisciplinary Exploration and Research in Astrophysics - Stellar Evolution The Formation of Nuclear Star Clusters by Fabio Antonini The three simulations correspond to different initial distributions for the cluster orbits. Most galaxies, including the Milky Way, contain massive (10^7 Solar masses) star clusters at their center. Understanding the formation of such nuclear star clusters is important as it could shed light on the processes that have shaped the central regions of galaxies and led to the formation of their central black holes. This visualization shows the (simulated) formation of a compact nuclear star cluster at the center of the dwarf starburst galaxy Henize 2-10. This galaxy is the first dwarf galaxy ever discovered to contain a central massive black hole.

VisIt About VisIt VisIt is an Open Source, interactive, scalable, visualization, animation and analysis tool. From Unix, Windows or Mac workstations, users can interactively visualize and analyze data ranging in scale from small (<101 core) desktop-sized projects to large (>105 core) leadership-class computing facility simulation campaigns. Users can quickly generate visualizations, animate them through time, manipulate them with a variety of operators and mathematical expressions, and save the resulting images and animations for presentations. VisIt contains a rich set of visualization features to enable users to view a wide variety of data including scalar and vector fields defined on two- and three-dimensional (2D and 3D) structured, adaptive and unstructured meshes.

New Opportunity to Join the Zapatista Freedom School A few days ago, Zapatista Subcomandante Moises sent a communiqué with updates about the upcoming Zapatista Freedom School, to be held from August 12-16 in the Zapatista Autonomous Communities (“caracoles”, which is the Spanish name of “snails’ conchs” referring to the spiral of History). A total of 1,700 students from across all the continents will be attending, from South Africa to Canada, as far away to Brazil or Germany. Due to the high demand, new School cycles will be opened in December. Why do we visualize data? Why do we visualize data? Do data visualizations aim to inform audiences effectively? Or do they simply aim to catch people’s eye, providing the just gist of the data? This is a question which has been hotly debated by some of the leading authors in the field of data visualization recently. Data visualization is a spectrum, determined by your data, your objectives and your audience.

ucation Resources Information Center NotesFAQContact Us Collection Thesaurus AdvancedSearch Tips Subtleties of Color (Part 1 of 6) : Elegant Figures : Blogs Introduction The use of color to display data is a solved problem, right? Just pick a palette from a drop-down menu (probably either a grayscale ramp or a rainbow), set start and end points, press “apply,” and you’re done. Although we all know it’s not that simple, that’s often how colors are chosen in the real world. As a result, many visualizations fail to represent the underlying data as well as they could. The purpose of data visualization—any data visualization—is to illuminate data. Pay Off Your Student Loans With Volunteer Work Through SponsorChange Amid the great music and movies (and, yes, parties) that will light up Austin, Texas, next month during the South by Southwest festival, a small nonprofit called SponsorChange.org will receive a community service award for finding a way to help college graduates battle student loan debt by volunteering. If you have a student loan (and we're guessing you do—the researchers at ProjectOnStudentDebt.org say seven of 10 college students who graduated in 2013 owed money on a student loan, averaging nearly $30,000 in debt each) or would love to help others knock down those payments, you'll want to know about SponsorChange. Here's how it works: Graduates with student loan debt sign up to volunteer at organizations that need manpower. The grads help their community by putting in hours toward that organization's goals.

This 1-minute animation will change your perception of life in the Universe If extraterrestrial life is anything like what we see on Earth, then chances are it's living on Earth-like planets thousands, or even millions, of light-years from our Solar System. Today, astronomers have detected over 1,700 extra-solar planets, or exoplanets, with NASA's Kepler Space Telescope. While it's hard to visualise so many planets, a second-year astronomy graduate student at the University of Washington, Ethan Kruse, has found a way that is both mesmerising and oddly humbling. Check out his animation above, where every circle you see is a planet.

The significant learning benefits of getting rid of grades (essay) For the last decade and a half, I’ve engaged in anthropological research on higher education, identifying several challenges and mismatches between what we know about learning “in real life” and learning in college. In my most recent book, “I Love Learning; I Hate School”: An Anthropology of College, I identified a number of ways that formal education has led to a lack of learning. Colleges promote credentials, obedience and the sorting of haves and have-nots, but not necessarily learning. People kept asking me what I would do to improve things.