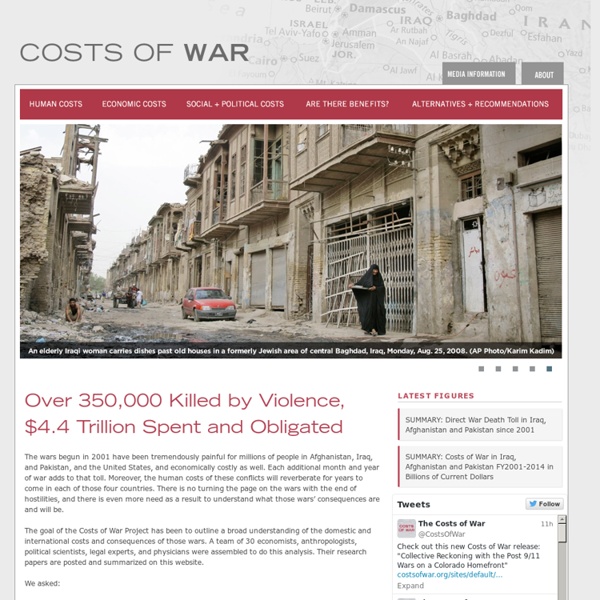 Judge: “NSA exceeded the scope of authorized acquisition continuously” Yet another Foreign Intelligence Surveillance Court (FISC) judge has blasted United States intelligence officials for disregarding the court’s guidelines for domestic surveillance of American e-mail metadata traffic, a program that ran for around a decade before ending in 2011. “[National Security Agency’s] record of compliance with these rules has been poor,” wrote Judge John D. Bates in a 117-page opinion (PDF) whose date was redacted. The opinion is just one of a series of documents released and declassified late Monday evening by the Office of the Director of National Intelligence (ODNI). “Most notably, NSA generally disregarded the special rules for disseminating United States person information outside of NSA until it was ordered to report such disseminations and certify to the FISC that the required approval had been approved. The Bates opinion is the second of the two most revealing documents in this new tranche. Not your father's pen/trap application RAS-ma-tazz

Fidel Castro was a 'supreme, unchallenged spymaster whose double agents duped the CIA for decades', according to new book By Daily Mail Reporter Published: 16:06 GMT, 28 May 2012 | Updated: 16:06 GMT, 28 May 2012 For almost three decades after Fidel Castro took power, Cuba's budding intelligence service fielded four dozen double agents in a world-class operation under the nose of the CIA, according to a new book by a veteran CIA analyst. It was not until June 1987, when a Cuban spy defected to the U.S. Embassy in Vienna, blind-siding U.S. intelligence services, that the CIA learned how badly it had been duped, writes Brian Latell, a retired veteran CIA analyst and Cuba specialist. 'Castro was a supreme, unchallenged spy master,' Latell told an audience at a recent book reading. Book: Brian Latell, right, author of Castro's Secrets, the CIA and Cuba's Intelligence Machine, left, said Castro was a 'supreme, unchallenged spymaster' November 1959: Cuban premiere Fidel Castro eats a meal surrounded by armed men a few months after he took control of Cuba Latell began watching Cuba in the mid-1960s and served as U.S.

Everything You Wanted to Know About the DoJ/AP Controversy Since news that the Justice Department had secretly obtained journalists’ phone records broke, the story has been developing quickly. Here is a quick overview of the issues. Check back for updates. What Happened? On May 13 Mark Sherman, of the Associated Press reported : “The Justice Department secretly obtained two months of telephone records of reporters and editors for The Associated Press in what the agency's top executive called a ‘massive and unprecedented intrusion’ into how news organizations gather the news.” The records listed outgoing calls made during April and May of 2012 from 20 phone lines at AP offices in New York, Washington and Hartford, Conn., and the AP’s line in the House of Representatives press gallery. Why Did it Happen? Reports have suggested, and recent comments by Attorney General Holder seem to confirm, that this is part of an ongoing Department of Justice criminal investigation into leaks that led to an Associate Press story in May of 2012. Why Does it Matter?

Home Syria Dossier: Another Failed Argument by Virginia Tilley The U.S. Government has released an "Assessment of the Syrian Government’s Use of Chemical Weapons," which argues that the Syrian regime was responsible for a devastating chemical weapons attack on civilians. The statement is presented as justification for U.S. military intervention in Syria, as punishment or deterrent against Syria for violating the international norm prohibiting use of chemical weapons. This document requires our closest attention. The following is a point-by-point response to the document’s claim that President Assad was responsible for a chemical weapons attack by the Syrian government on 21 August 2013. The full text document is extracted here for the main points. The Syrian regime maintains a stockpile of numerous chemical agents, including mustard, sarin, and VX and has thousands of munitions that can be used to deliver chemical warfare agents. The evidence supporting these assessments is the our entire concern here. Proximity to the attack is no explanation.

Kafka’s America – In a bizarre and ludicrous attempt at “transparency,” the Obama administration has announced that it asked a secret court to approve a secret order to allow the government to keep spying on millions of Americans, and the secret court has granted its request. Late on Friday, July 19, 2013, the Foreign Intelligence Surveillance Court (FISC)—a secret court which operates out of an undisclosed federal building in Washington, DC—quietly renewed an order from the National Security Agency to have Verizon Communications hand over hundreds of millions of Americans’ telephone records to government officials. In so doing, the government has doubled down on the numerous spying programs currently aimed at the American people, some of which were exposed by whistleblower Edward Snowden, who temporarily pulled back the veil on the government’s gigantic spying apparatus. Deference to government requests for surveillance has only been exacerbated since 9/11. The Best of John W. Whitehead

Declassified CIA Docs: Cheney is a Flagrant Liar The National Security Archive has obtained through a FOIA request newly released CIA documents pertaining to 9/11 . There do not appear to be any great revelations in the release, although one of them further illustrates what a liar former Vice President Dick Cheney is. The fact that the Bush administration, and Dick Cheney in particular, actively promoted the falsehood that Saddam Hussein was somehow tied to al-Qaeda and the attacks of September 11th is at this point uncontroversial. Two months after the 9/11 attacks, on December 9, 2001, Dick Cheney went on Meet the Press and, when asked by Tim Russert whether “Iraq was involved in September 11,” mentioned a “report that’s been pretty well confirmed , that [9/11 hijacker Mohammed Atta] did go to Prague and he did meet with a senior official of the Iraqi intelligence service in Czechoslovakia last April, several months before the attack.” MR.

Fighting Facebook, a Campaign for a People’s Terms of Service Reuters Facebook is on the defensive again. Members of the social networking site sued the company for co-opting their identities in online ads, and Facebook agreed to revise its “Statement of Rights and Responsibilities” and offer a $20 million settlement. The case has drawn less attention than the dorm disputes portrayed in The Social Network, but the impact is far wider. While a few of the particulars here are new—filtered photos or copyrightable tweets—the legal dilemma is actually very old. In return for driving the profits of social media companies, users get free software. This is a classic example of form contract abuse—when a single, powerful party pushes a contract onto a disparate group of other parties. Think of that cellphone contract you didn’t read, or the waiver you must sign to go river-rafting. The problem, however, extends beyond the ruthless profitability imperative. The impact of boilerplate is especially acute for minors. So, what is the best way forward?

Hot Policy Wonks For The Democrats: The New Realists Michèle Flournoy hardly seems like a renegade. As president of the Center for a New American Security, she and her colleagues have assigned themselves the modest-sounding mission of coming up with a pragmatic foreign policy platform for the next president. But within the progressive foreign policy establishment, this makes them revolutionaries. “Part of what we’re saying is, let’s have some clear-eyed analysis based on the facts,” said Ms. Ms. It’s a genuine clash of worldviews, and it’s just beginning. “The biggest cleavage in the Democratic Party is over America’s role in the world,” said Kenneth Baer, a co-founder of the quarterly publication Democracy: A Journal of Ideas, and a former speechwriter for Al Gore’s presidential campaign. For years, top Democratic advisers on foreign policy have been drawn from the neoliberal or “Wilsonian” school. Ms. As Ms.

What Was That All About? by Justin Raimondo A recent poll showed most Americans didn’t know enough about Chuck Hagel to have an opinion on his confirmation as Secretary of Defense. You’d never know that, however, with all the drama emanating from Washington on the subject. So did all that sound and fury signify nothing? What seems like an inside-baseball brouhaha actually maps a seismic shift in the way Americans think about war, American foreign policy, and the peculiarities of our "special relationship" with Israel. War – Here was a contest in which the contrast between the combatants could not have been starker. On one side: Hagel – who volunteered to be sent to Vietnam, was awarded two Purple Hearts, and spent a good part of his public service career fighting for veterans of that criminal war. If Hagel represents the odyssey of those straight-and-true patriots whose disillusion taught them to be skeptical of the uses of American power, then Sen. These two types are natural enemies: the realist and the fantasist.

China could invade Taiwan in next six years, top US admiral warns | Taiwan China could invade Taiwan within the next six years as Beijing accelerates its moves to supplant American military power in Asia, a top US commander has warned. Democratic and self-ruled Taiwan lives under constant threat of invasion by China, whose leaders view the island as part of their territory and which they have vowed to one day take back. “I worry that they’re [China] accelerating their ambitions to supplant the United States and our leadership role in the rules-based international order... by 2050,” said Washington’s top military officer in Asia-Pacific, Admiral Philip Davidson, on Tuesday. “Taiwan is clearly one of their ambitions before that. And I think the threat is manifest during this decade, in fact, in the next six years,” he told a US Senate armed services committee hearing. Davidson said the expansion of China’s military assets in the region risked creating an “unfavourable” situation for the US, reducing the level of deterrence.

Biden finally admits that he has some invisible masters and he's a just a puppet - TFIGlobal On Thursday, as President Joe Biden addressed the nation following the gruesome killing of 13 U.S. military servicemen in attacks on Kabul for which the Islamic State has claimed responsibility, the office of the President was degraded beyond repair. It is a fact that Joe Biden is unfit for office, and owing to his progressed years, he should retire from politics. However, the man is adamant about serving as the President, and, running for the White House for a second term in 2024. It is solely the ineptitude of Joe that has cost 13 brave and young American soldiers their lives in Afghanistan, even while Democrats want you to believe that the ‘forever war’ is finally over. Joe Biden is given prepared speeches, much like every other President. Joe Biden said he had been “instructed” to call on reporters from a list drawn up for him at an emergency press conference following the deadly terror attacks in Afghanistan. Biden just said “I was instructed to call on” this reporter!