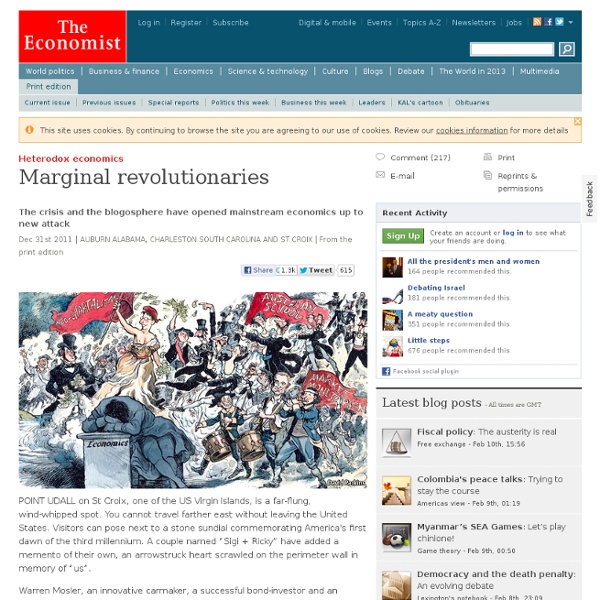 Modern Money Mechanics | MMT simplified. What is Game Theory? Translations: Czech courtesy of Autip. Macedonian courtesy of Zoran Mitreski. Russian courtesy of Oleg Meister. What economists call game theory psychologists call the theory of social situations, which is an accurate description of what game theory is about. In addition to game theory, economic theory has three other main branches: decision theory, general equilibrium theory and mechanism design theory. Decision theory can be viewed as a theory of one person games, or a game of a single player against nature. General equilibrium theory can be viewed as a specialized branch of game theory that deals with trade and production, and typically with a relatively large number of individual consumers and producers. Mechanism design theory differs from game theory in that game theory takes the rules of the game as given, while mechanism design theory asks about the consequences of different types of rules. An Instructive Example Note that higher numbers are better (more utility). What happens?

The Johnsville News Libertarianism: a nice idea, but doomed Find More Stories Libertarianism: a nice idea, but doomed Darryl Adams There is a lot of discussion regarding libertarianism, but it is being confused by Ron Paul saying stuff. In a nutshell, libertarianism is like pure communism and pure capitalism. A libertarian is someone who knows that his or her decisions are the best, and any regulation is a personal affront to their liberty. So, using a scenario, let's explore one aspect of liberty. In a libertarian world, every person has the right to own and use fireworks in any way they see is appropriate. In the real world, this has some major issues. Firstly, people find new and novel ways, generally with the assistance of alcohol or drugs, to injure themselves or others with fireworks, which are in reality controlled explosives. Secondly, people are often unable to fund their recovery due to the fact they chose not (or are unable) to pay for health insurance. And more importantly, many of the injured are children. This is all well and good. Email x

Perseus Digital Library Pablo Picasso Picasso, Henri Matisse and Marcel Duchamp are regarded as the three artists who most defined the revolutionary developments in the plastic arts in the opening decades of the 20th century, responsible for significant developments in painting, sculpture, printmaking and ceramics.[4][5][6][7] Picasso demonstrated extraordinary artistic talent in his early years, painting in a realistic manner through his childhood and adolescence. During the first decade of the 20th century, his style changed as he experimented with different theories, techniques, and ideas. His work is often categorised into periods. Exceptionally prolific throughout the course of his long life, Picasso achieved universal renown and immense fortune for his revolutionary artistic accomplishments, and became one of the best-known figures in 20th-century art. Early life Pablo Picasso and his sister Lola, c.1889 Picasso showed a passion and a skill for drawing from an early age. Career beginnings Before 1900 Blue Period Rose Period

Index Freemasonry Freemasonry is a fraternal organisation that traces its origins to the local fraternities of stonemasons, which from the end of the fourteenth century regulated the qualifications of masons and their interaction with authorities and clients. The degrees of freemasonry, its gradal system, retain the three grades of medieval craft guilds, those of Apprentice, journeyman or fellow (now called Fellowcraft), and Master Mason. These are the degrees offered by craft, or blue lodge Freemasonry. There are additional degrees, which vary with locality and jurisdiction, and are now administered by different bodies than the craft degrees. The basic, local organisational unit of Freemasonry is the lodge. Masonic Lodge Palazzo Roffia, Lodge in Italy set out for French (Moderns) ritual The Masonic Lodge is the basic organisational unit of Freemasonry. The bulk of Masonic ritual consists of degree ceremonies. There is very little consistency in Freemasonry. Ritual and symbolism Organisations of lodges

Encyclopedia of Earth Vincent van Gogh Vincent Willem van Gogh (Dutch: [ˈvɪnsɛnt ˈʋɪləm vɑn ˈɣɔx] ( );[note 1] 30 March 1853 – 29 July 1890) was a Post-Impressionist painter of Dutch origin whose work—notable for its rough beauty, emotional honesty, and bold color—had a far-reaching influence on 20th-century art. After years of painful anxiety and frequent bouts of mental illness,[1][2] he died aged 37 from a gunshot wound, generally accepted to be self-inflicted (although no gun was ever found).[3][note 2] Letters Vincent c. 1873 aged 19. Although many are undated, art historians have generally been able to put them in chronological order. Biography Early life Vincent c. 1866, approx. age 13 As a child, Vincent was serious, silent, and thoughtful. The house "Holme Court" in Isleworth, where Van Gogh stayed in 1876 [23][24] Van Gogh returned to England for unpaid work as a supply teacher in a small boarding school overlooking the harbor in Ramsgate, where he made sketches of the view. Etten, Drenthe and The Hague Emerging artist