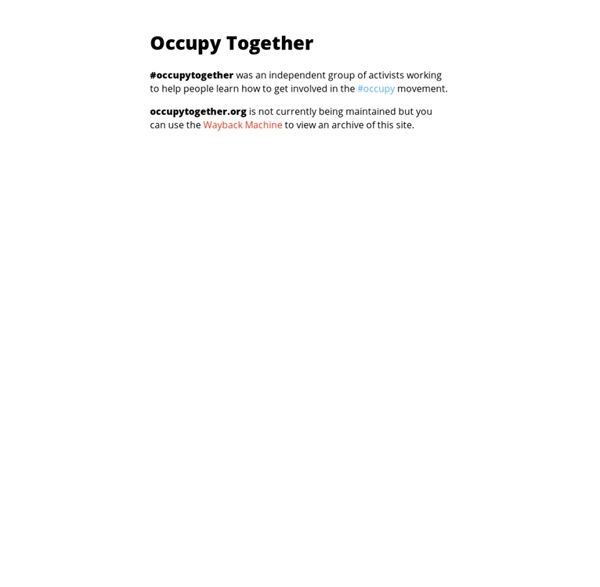 Digital Journal: A Global Digital Media Network 2011 was a year or protest, from Egypt and the Arab Spring, to Spain, Greece, Italy, Portugal, the U.S.A. and many more countries, the people got out there in the streets to try and take back their basic rights. 12m Worldwide protests on May 12, 2012 Last year was a revolutionary one. The democratic clock turned back Financial markets rallied last week when the Greek prime minister, George Papandreou, announced he was dropping plans for a referendum on the terms of his country's bailout. Bond dealers liked the idea that the government in Athens could soon be headed by Lucas Papademos, a former vice-president of the European Central Bank. Angela Merkel and Nicolas Sarkozy think Papademos is the sort of hard-line technocrat with whom they can do business. Silvio Berlusconi's long-predicted departure as Italy's prime minister will no doubt be greeted in the same way, particularly if he is replaced by a government of national unity headed by another technocrat, Mario Monti. A former Brussels commissioner, he is seen as someone who could be relied upon to push through the European Union's austerity programme during the next 12 months, watched over by Christine Lagarde's team of officials from the International Monetary Fund. From the perspective of the financial markets, this makes perfect sense.

Adbuster - OWS The joyous freedom of possibility. Dissent can be personal, collective, creative — whatever you want it to be. Revolt can be physical or spectral, a blackspot on a corporate logo or a digital mindbomb posted online. Edit a billboard, speak to a friend. Occupy protests around the world: full list visualised "951 cities in 82 countries" has become the standard definition of the scale of the Occupy protests around the world this weekend, following on from the Occupy Wall Street and Madrid demonstrations that have shaped public debate in the past month. We wanted to list exactly where protests have taken place as part of the Occupy movement - and see exactly what is happening where around the globe. With your help, adding events in our form below, we've been able to show 750 Occupy events world wide. As we wrote this week: Protests inspired by the Occupy Wall Street movement in New York and the "Indignants" in Spain have spread to cities around the world.

We Are the 99 Percent 14th October 2013 Question with 132 notes Anonymous asked: How can you claim to speak for 99% of people? We don’t claim to speak for anyone, we merely present stories. 14th October 2013 Photo with 162 notes Net Neutrality Is Under Attack ... Again Al Franken writes: "I've said that net neutrality is the most important free speech issue of our time. It's true. If Republicans have their way, large corporations won't just have the loudest voices in the room. They'll be able to effectively silence everyone else. We All Occupy Occupying is behaving as if you live in the better world we all dream of: where basic needs are met for all, where greed is unacceptable, and where people consider others when they make decisions. To be honest, being kinder and more helpful is everything. Imagine if all of the people who work for banks and corporations had been kinder and more helpful. How about the politicians? Globally, we would not be in the situation we are in today.