Foundations of American Democracy. Meet the guys who tape Trump's papers back together. Solomon Lartey spent the first five months of the Trump administration working in the Old Executive Office Building, standing over a desk with scraps of paper spread out in front of him. 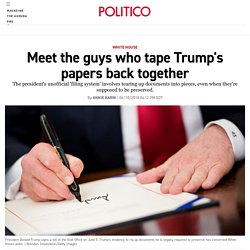 Lartey, who earned an annual salary of $65,969 as a records management analyst, was a career government official with close to 30 years under his belt. But he had never seen anything like this in any previous administration he had worked for. He had never had to tape the president’s papers back together again. Story Continued Below. C.1910: Ellis Island Immigrants — Retronaut. These photographs show a tiny handful of the more than 12 million immigrants who entered the United States through the immigration station at New York's Ellis Island between 1892 and 1954. 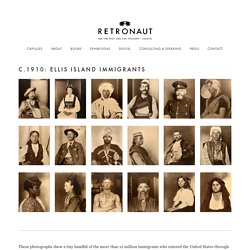 How a democracy dies. When Exactly Did the Political Paradigm Shift Happen? Earlier this year, I shared a meme about what Republicans and Democrats supported during historic political moments. 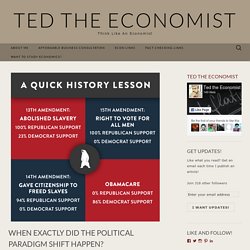 It went over the 13th, 14th, and 15th amendments to the constitution and compared them to Obamacare in terms of who supported what. I quickly got some angry friends who said, “Hey! We all know that this is ridiculous because there was a political paradigm shift. Freedom House. Robert Redford: 45 years after Watergate, the truth is again in danger. The Women Who Rode Miles on Horseback to Deliver Library Books - Atlas Obscura. They were known as the “book women.” 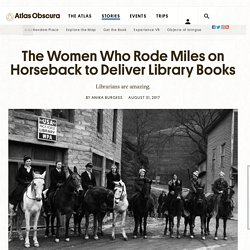 They would saddle up, usually at dawn, to pick their way along snowy hillsides and through muddy creeks with a simple goal: to deliver reading material to Kentucky’s isolated mountain communities. The Living Room Candidate. Affirmative Action. Background As President Lyndon Johnson said in 1965, "You do not take a person who, for years, has been hobbled by chains and liberate him, bring him up to the starting line of a race and then say you are free to compete with all the others, and still just believe that you have been completely fair. 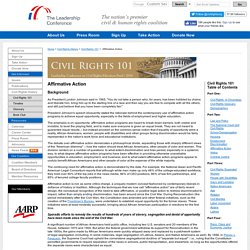 " President Johnson's speech eloquently stated the rationale behind the contemporary use of affirmative action programs to achieve equal opportunity, especially in the fields of employment and higher education. The emphasis is on opportunity: affirmative action programs are meant to break down barriers, both visible and invisible, to level the playing field, and to make sure everyone is given an equal break. Howard Zinn on Democracy in America. How Governments Lie: Daniel Ellsberg Interview - Politics, Watergate & Pentagon Papers (1987) 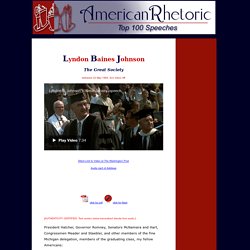 Great Society Speech, Lyndon B. Johnson, 1964. Public Papers of the Presidents of the United States, Lyndon B. 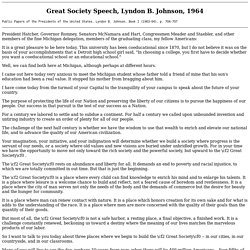 Johnson, Book I (1963-64), p. 704-707 President Hatcher, Governor Romney, Senators McNamara and Hart, Congressmen Meader and Staebler, and other members of the fine Michigan delegation, members of the graduating class, my fellow Americans: It is a great pleasure to be here today. This university has been coeducational since 1870, but I do not believe it was on the basis of your accomplishments that a Detroit high school girl said, "In choosing a college, you first have to decide whether you want a coeducational school or an educational school. " Well, we can find both here at Michigan, although perhaps at different hours.

I came out here today very anxious to meet the Michigan student whose father told a friend of mine that his son's education had been a real value. 15.5. An Evaluation of the New Deal. 3. Great Society. Dana Mejías Teacher San Diego, CA /upload/Mejias.jpg I am a middle school teacher in San Diego and was fortunate enough to attend a SHEG workshop in... 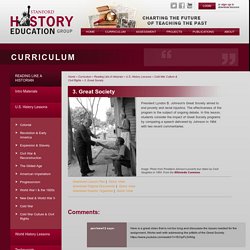 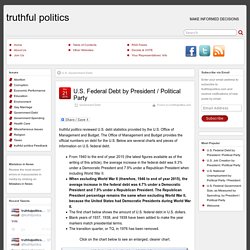 Office of Management and Budget. The Office of Management and Budget provides the official numbers on debt for the U.S. Below are several charts and pieces of information on U.S. federal debt. Looking beyond 'the refugee crisis', can migrants be the new agents of democracy? This article is part of the Democracy Futures series, a joint global initiative with the Sydney Democracy Network. 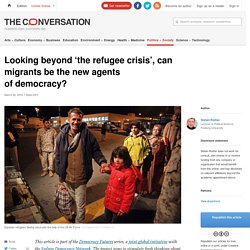 The project aims to stimulate fresh thinking about the many challenges facing democracies in the 21st century. Over the last few decades, the focus on migration has widened beyond a narrow preoccupation with integration – a positive development. However, while issues of migration and development, migration and securitisation, migration and climate change, and migration and gender are all relevant, something is conspicuously absent from the debate – the relationship between migration and the spread of democracy. Consider the influence the current refugee crisis has had on the European Union’s assessment of Turkey and its questionable record on human rights.

Despite the Turkish government’s increasing crackdowns on press freedom, European Commission president Jean Claude-Juncker stressed that Europe should not “harp on” about Turkey’s human rights record. Vietnam. But not everything about the war was negative. As a Marine lieutenant in Vietnam, I saw how it threw together young men from diverse racial and ethnic backgrounds and forced them to trust one another with their lives. It was a racial crucible that played an enormous, if often unappreciated, role in moving America toward real integration.

And yet even as Vietnam continues to shape our country, its place in our national consciousness is slipping. Some 65 percent of Americans are under 45 and so unable to even remember the war. Virtual Field Trip to Ellis Island. World War II and the Postwar Period The United States entered World War II in 1942. During the war, immigration decreased. There was fighting in Europe, transportation was interrupted, and the American consulates weren't open. Fewer than 10 percent of the immigration quotas from Europe were used from 1942 to 1945.In many ways, the country was still fearful of the influence of foreign-born people. The United States was fighting Germany, Italy, and Japan (also known as the Axis Powers), and the U.S. government decided it would detain certain resident aliens of those countries.

Also because of the war, the Chinese Exclusion Act was repealed in 1943. Island of Hope - Island of Tears. Dorothea Lange’s Censored Photographs of FDR’s Japanese Concentration Camps — Anchor Editions. A Yale history professor's 20-point guide to defending democracy under a Trump presidency — Quartz. Political Bookworm - Immigration's strain on democracy. The United States has always been enhanced and challenged by immigration. Democrat vs Republican. Origin of the Democratic and Republican parties. An Overview of the American Political System. The American political system is a complex structure. Adam Ruins Everything - Why the Electoral College Ruins Democracy. The Case Against Democracy.

This animated map shows the most probable path to a Trump victory. U.S. presidential election 2016/17 easily explained (explainity® explainer video) The History of U.S. Elections (1964-2016) Voices of America: what we learned speaking to voters across the US. The Case for 2016 Being a Boring Election. Political journalists and political scientists have a tense relationship. Journalists cover politics as a riveting narrative, in which major events can always alter the outcome of the election. Political scientists tend to believe that a few big structural factors are all that really matter. Why Did the Democratic and Republican Parties Switch Platforms?