RIM Scraps Planned 10" PlayBook Tablet: Why That's Good for BlackBerry Users. News broke yesterday that Research In Motion (RIM) has ceased development of a 10-inch BlackBerry PlayBook tablet that would have been a more sizable sibling to the company's currently available seven-inch PlayBook. 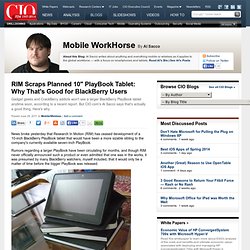 Rumors regarding a larger PlayBook have been circulating for months, and though RIM never officially announced such a product or even admitted that one was in the works, it was presumed by many BlackBerry watchers, myself included, that it would only be a matter of time before the bigger PlayBook was released. But that's not going to happen. At least not anytime soon, according to a report on BlackBerry news site, N4BB.com. A trusted source last week also informed me that RIM had stopped working on the ten-inch PlayBook tablet. I held off reporting because I wanted to confirm the news with additional sources. I genuinely believe this is the right move for RIM at this time. To put it bluntly, RIM bungled its PlayBook tablet launch in spectacular fashion. The GNU Image Manipulation Program. Free Blackberry Applications! 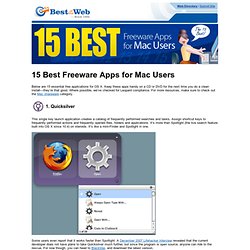 Keep these apps handy on a CD or DVD for the next time you do a clean install—they’re that good. Where possible, we’ve checked for Leopard compliance. For more resources, make sure to check out the Mac shareware category. This single key launch application creates a catalog of frequently performed searches and tasks. Assign shortcut keys to frequently performed actions and frequently opened files, folders and applications. 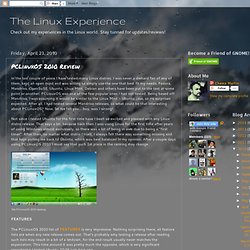 I was never a diehard fan of any of them, kept an open mind and was willing to simply use the one that best fit my needs. Fedora, Mandriva, OpenSuSE, Ubuntu, Linux Mint, Debian and others have been put to the test at some point or another. PCLinuxOS was one of the few popular ones I had not tested. Being based off Mandriva, I was assuming it would be similar to the Linux Mint - Ubuntu case, so no surprises expected. 10 Top Web Browsers of All Time. For surfing the web, a top web browser is not only required but appreciated. 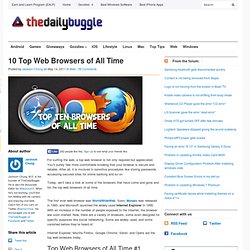 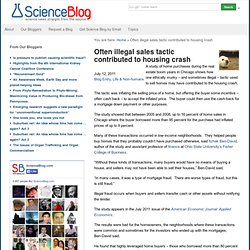 The tactic was inflating the selling price of a home, but offering the buyer some incentive – often cash back – to accept the inflated price. The buyer could then use the cash-back for a mortgage down payment or other purposes. The study showed that between 2005 and 2008, up to 16 percent of home sales in Chicago where the buyer borrowed more than 95 percent for the purchase had inflated prices of up to 9 percent. Many of these transactions occurred in low-income neighborhoods. They helped people buy homes that they probably couldn’t have purchased otherwise, said Itzhak Ben-David, author of the study and assistant professor of finance at Ohio State University’s Fisher College of Business. Wave device tested off Scotland exceeds expectations. 14 July 2011Last updated at 10:30 The top section of the PB150 PowerBuoy lying on its side A wave power developer has said tests of a device off Scotland's coast exceeded expectations. 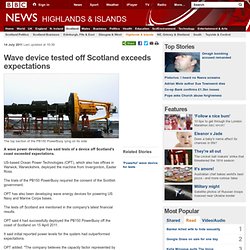