Untitled. The long decline in the U.S. birthrate continues. 2020 saw the fewest babies born relative to the population of women between 15 and 44 of any year in American history. 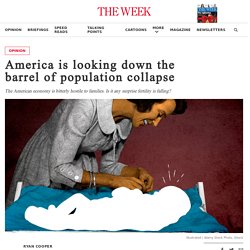 A recent Pew poll found the fraction of non-parents between 18 and 49 saying they were "very likely" to have kids fell from 32 percent in 2018 to 26 percent this year, while the fraction saying they were "not too likely" or "not at all likely" increased from 37 percent to 44 percent. There are strong reasons to think these trends will only escalate. Absent major changes, in the next decade or two, the American population is likely going to start falling fast. For many years, the U.S. had a weirdly high birth rate relative to peer nations, especially given how our horrible welfare state made parenthood exceptionally expensive.

As I explained some years back, this was largely because of teen pregnancy and immigration from other countries with higher birthrates. Untitled. A Californian will feel right at home in Dallas even before touching the ground. 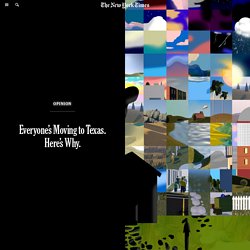 Like the suburbs around Los Angeles, San Diego and across the Bay Area, Dallas and other Texas metros are built on the certainty of cars and infinite sprawl; from the air, as I landed, I could see the familiar landscape of endless blocks of strip malls and single-family houses, all connected by a circulatory system of freeways. I rented a sweet pickup truck to get around Dallas, but that was the extent of my taste of local flavor. Texas has barbecue and California has burritos, but the American urban landscape has grown stultifyingly homogeneous over the past few decades, and perhaps one reason so many Californians are comfortable moving to Texas is that, on the ground, in the drive-through line at Starbucks or the colossal parking lot at Target, daily life is more similar than it is different.

My guide through the Dallas suburbs was Marie Bailey, a real estate agent who runs Move to Texas From California! Untitled. Ubiquitous gun violence in the United States has left few places unscathed over the decades. 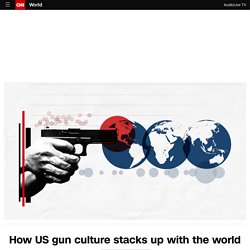 Still, many Americans hold their right to bear arms, enshrined in the US Constitution, as sacrosanct. But critics of the Second Amendment say that right threatens another: The right to life. Untitled. Public transit faces uncertain future after pandemic. Untitled. Demonstrating humanity sometimes requires unlearning what we thought was right. 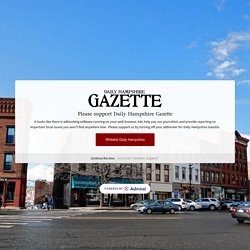 It may seem to happen in a moment, but the odds are that a reflective or subconscious effort was in the works prior to the awakening. It takes bravery to admit being wrong, and it is cowardly to insist on being right despite being presented with clear evidence to the contrary. Untitled. If she sometimes seems to prefer animals to people, she may have good reasons. 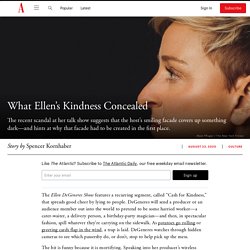 Born in Metairie, Louisiana, to Christian Scientist parents, she moved schools frequently and was, from an early age, a “tomboy” who used comedy to earn acceptance from her peers. Her parents divorced, and her mom then married a man who DeGeneres says sexually abused her in their home. When she came out to her father as gay, he asked her to move out of his house for fear of the influence she might have on his stepdaughters.

Another horrifying foundational story: When DeGeneres was in her early 20s, her girlfriend died in a car crash on the way back from a concert they’d both attended. - The Washington Post. Why rural Americans are having a hard time working from home. Anstey, a middle school history teacher, lives in a valley between two mountains, where the only available home internet option is a satellite connection. 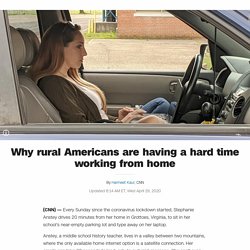 Her emails can take 30 seconds to load, only to quit mid-message. She can't even open files on Google Drive, let alone upload lesson modules or get on a Zoom call with colleagues. "You just have to plan," Anstey said. "It's not a Monday through Friday job anymore. " Untitled. The thatched roof held back the sun’s rays, but it could not keep the tropical heat at bay. 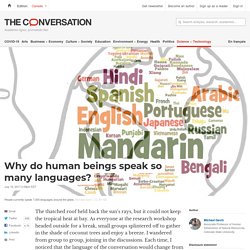 As everyone at the research workshop headed outside for a break, small groups splintered off to gather in the shade of coconut trees and enjoy a breeze. I wandered from group to group, joining in the discussions. Each time, I noticed that the language of the conversation would change from an indigenous language to something they knew I could understand, Bislama or English. The Recorder - Getting serious … a modest proposal. A few years ago we read a news story about an older woman, a mother of a large extended family, who was suddenly facing a life-threatening and rapidly advancing illness. 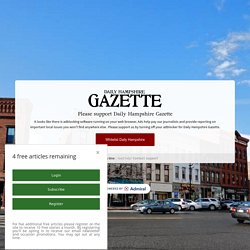 Unfortunately, the cost of the medicines and hospital procedures that could possibly save her life was almost astronomical — far more than she and her husband could afford. However, her large extended family was not about to let her die. The Deerfield Scroll. When you were little, did you ever have friends your mom made you hang out with, even though you didn’t want to? 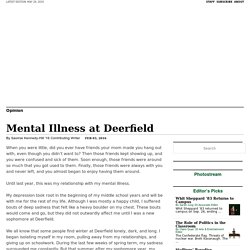 My depression took root in the beginning of my middle school years and will be with me for the rest of my life. - The Washington Post. Nathan Phillips, Nick Sandmann encounter: a viral video shows a different side. - The Washington Post. The Relentlessness of Modern Parenting. Parents also began spending more money on their children for things like preschools and enrichment activities, Sabino Kornrich, a sociologist at Emory, showed in two recent papers. Rich parents have more to spend, but the share of income that poor parents spend on their children has also grown.

In states with the largest gaps between the rich and the poor, rich parents spend an even larger share of their incomes on things like lessons and private school, found Danny Schneider, a sociologist at the University of California, Berkeley, and colleagues in a May paper. Parents in the middle 50 percent of incomes have also increased their spending. “Lower socioeconomic status parents haven’t been able to keep up,” he said. 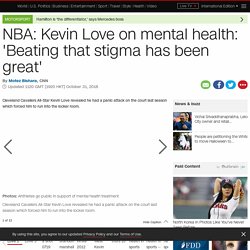 But Love came to realize that saying the words "panic attack" and describing his episode publicly were part of the recovery process, and could benefit others suffering in silence. "It's been therapeutic, and it's been good to share my experience and try to help. " The pressure on male athletes to suppress mental health issues only made his condition worse, Love wrote in the essay.

Thehill. Jason Kander Announcement. The Maps That Show That City vs. Country Is Not Our Political Fault Line. - The Washington Post. Democrats Are Wrong About Republicans. Republicans Are Wrong About Democrats. Welcome to Secret Identity, our regular column on identity and its role in politics and policy. The defining divide in American politics is probably between Republicans and Democrats. It encapsulates all our other divides — by race, education, religion and more — and it’s growing.

This partisan divide is such a big part of people’s political identities, in fact, that it’s reinforced simply by “negative partisanship,” or loyalty to a party because you don’t like the other party. A Pew Research Center poll from last year found that about 40 percent of both Democrats and Republicans belong to their party because they oppose the other party’s values, rather than because they are particularly aligned with their own party. 1968: The year in pictures.

Fifty years later, it’s clear the year left scars that have yet to heal when riots rocked America after the assassination of Martin Luther King Jr. and protests shook the streets of Paris, Prague and Mexico City. Can This Small Town Lead America in Fighting the Opioid Crisis? Chris Sheperd lost 14 friends to heroin overdoses, including a girlfriend who was pregnant with his child.

But what made him stop using heroin was an organic gardening class he took while incarcerated in Greenfield, Massachusetts. Ninety minutes west of Boston, Greenfield has a population of 17,000, and like so many rural places across the U.S., it has been hit hard by the opioid epidemic. Greenfield, though, has waged an ambitious response — one that may be a blueprint for other communities. One day last summer, around noon, I called Athena, a 13-year-old who lives in Houston, Texas. She answered her phone—she’s had an iPhone since she was 11—sounding as if she’d just woken up. We chatted about her favorite songs and TV shows, and I asked her what she likes to do with her friends. “We go to the mall,” she said. Rat Park drug experiment comic about addiction – Stuart McMillen comics. Casa-de-salud-to-expand-with-1-million-mental. Americans take fewer steps than people in China and the U.K., new study reveals. The 10 most filling foods for weight loss. Study shows charitable giving fell during the Great Recession.

The Cure For Election-Related Stress? Believe Your Political Adversaries Can Change. The Stigma Of Doing Things Alone. Why So Many White American Men Are Dying. PNAS 2015 Case 1518393112. ﻿Now White People Are Dying From Our Terrible Economic Policies, Too. Your work or a life: a painful choice no one should have to make – Hands-On Fundraising.