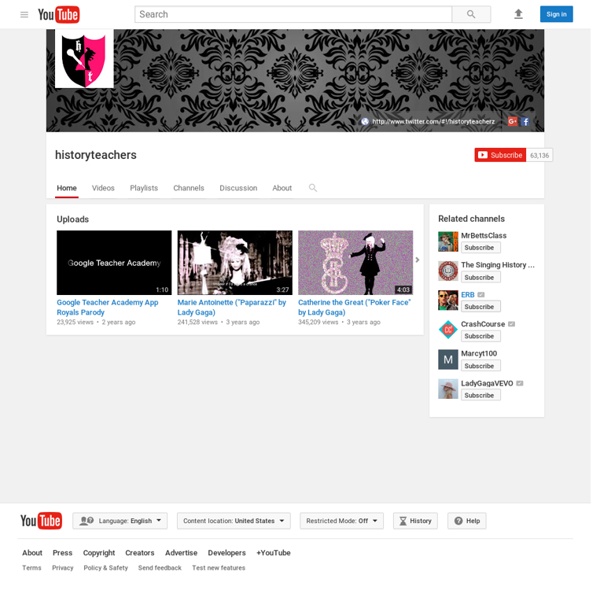 DIY TV Win the chance to get your animation shown on Cartoon Network! This contest is for folks 17 and under. More info: This is the most exciting contest in the history of DIY! We’ve teamed up with Cartoon Network to bring you the official Adventure Time Animation Contest. The history of the paper clip: It was invented in 1899. It hasn’t been improved upon since Getty Images/BananaStock via Thinkstock. The paper clip is something of a fetish object in design circles. Its spare, machined aesthetic and its inexpensive ubiquity landed it a spot in MoMA’s 2004 show Humble Masterpieces. This was a pedestal too high for design critic Michael Bierut, who responded with an essay called “To Hell with the Simple Paper Clip.” He argued that designers praise supposedly unauthored objects like the paper clip because they’re loath to choose between giving publicity to a competitor and egotistically touting their own designs.

Modern Architecture’s Dark Side by Martin Filler There has long been a tendency to see the most important innovations of Modernism as arising directly from progressive causes. War, in this view, was considered a limiting if not wholly destructive force that stymied civilian architecture in favor of retrogressive military structures. But in his groundbreaking recent book Architecture in Uniform: Designing and Building for the Second World War, the French architectural historian and architect Jean-Louis Cohen establishes one big, awful, inescapable truth: the full potential of twentieth-century architecture, engineering, and design was realized not in the social-welfare and urban-improvement schemes beloved by the early proponents of the Modern Movement, but rather through technologies perfected during the two world wars to slaughter vast armies, destroy entire cities, decimate noncombatant populations, and industrialize genocide.

Big Think There are only two events in the universe that defy the laws of physics: black holes and the big bang, and while scientists try to explain them, crucial evidence may be eaten up in the meantime. Christophe Galfard's book is "The Universe in Your Hand A Journey Through Space, Time, and Beyond" ( Read more at BigThink.com: Follow Big Think here:YouTube: Transcript - The interesting thing about trying to unravel the laws of nature is that yes, we have found some laws. We understand gravity to some extent.

SmarterEveryDay Twitter SmarterEveryDay Loading... Working... The Backwards Brain Bicycle - Smarter Every Day 133 16,322,571 views 2 years ago Get your own here ⇒ Shirt: Support Link: ⇒ ⇐ ↓↓↓↓↓↓↓READ MORE: ↓↓↓↓↓↓↓Here's the link from the Amsterdam meetup! 7 Outstanding YouTube Channels for History Teachers Educational Technology and Mobile Learning has recently started featuring some educational YouTube channels pertaining to different subject matters. Up to this moment, we have covered channels for Math, Science, and yesterday we posted a list of channels for kids. The purpose behind such collections is to help teachers and educators have instant access to educational videos they might need to use with their students. The channels we post are among the top ones you can find on YouTube and some of them are created by teachers like you and me. Today, we are providing you with a list of some of the best YouTube channels. The list is not exhaustive and we might have skipped some other useful ones, but we are sure the ones included below have the answers you would be looking for when it comes to looking for history videos to share with your students.

Stone Age Timelines Human prehistory and the Stone Age… a timeline critique (4th edition - October 2012) by A.O. Kime The Museum of Modern Art “It would not be a commonplace portrait at all, but a carefully composed picture, with very carefully arranged colors and lines. A rhythmic and angular pose. A decorative Félix, entering with his hat or a flower in his hand.” With these words, in 1890, Paul Signac described to Félix Fénéon the extraordinary portrait he was dedicating to him. In it, Signac paid homage to Fénéon’s distinctive appearance, his generous but enigmatic personality, and his innovative approach to modernism. This painting, a masterpiece in the Museum’s collection, will be the centerpiece of Félix Fénéon, the first exhibition dedicated to Fénéon (1861–1944).

storybots The StoryBots travel to the Land of the Lymph to learn how a cold virus spreads, how the immune system in our bodies fights viruses, and what we can do to stay healthier. (Wash your hands!) SUBSCRIBE: About Netflix Jr. Heilbrunn Timeline of Art History Educator Review What's It Like? The Metropolitan Museum of Art's Heilbrunn Timeline of Art History highlights the New York-based museum's extensive collection, ranging from 8,000 B.C. to current-century fashion. Its content is written by Met curators, conservators, scientists, and educators and includes 930 essays and nearly 7,000 objects to view. You can locate artwork from a certain region by clicking on a world map; select an era on a timeline, or search for specific pieces by entering qualifications like name, artist, material, or technique. A Thematic Essays section features written background and slideshows of different styles, movements, artists, and time periods. You can also select a general category, department, geographical region, or time to find what you're looking for.

Brilliant. I am not a history teacher but this pearl makes me wish I was! by tweedledum May 30