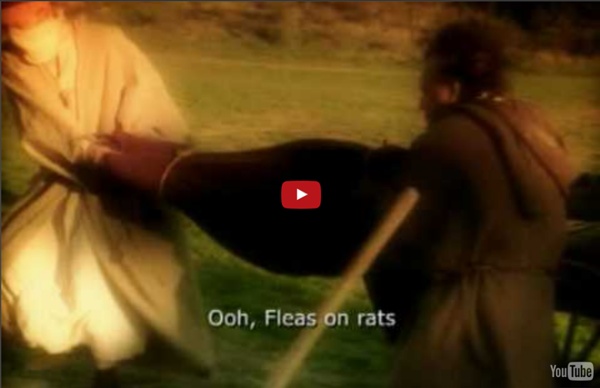 Peter Doolittle: How your "working memory" makes sense of the world Close Help with subtitles Desktop / laptop users: please make sure you have the most updated versions of your browser and Flash player, and that Flash is enabled when you visit TED.com. iOS users: to access subtitles, start playing the video, then tap the speech bubble icon that appears in the bottom row of video controls. Android users: although Android devices do not support subtitles, you can download the TED app from the Google Play store.

Depression What Is Depression? Everyone occasionally feels blue or sad. But these feelings are usually short-lived and pass within a couple of days. When you have depression, it interferes with daily life and causes pain for both you and those who care about you. Many people with a depressive illness never seek treatment. There are several forms of depressive disorders. Major depression,—severe symptoms that interfere with your ability to work, sleep, study, eat, and enjoy life. Persistent depressive disorder—depressed mood that lasts for at least 2 years. Some forms of depression are slightly different, or they may develop under unique circumstances. Bipolar disorder, also called manic-depressive illness, is not as common as major depression or persistent depressive disorder. Causes Most likely, depression is caused by a combination of genetic, biological, environmental, and psychological factors. Depressive illnesses are disorders of the brain. Some types of depression tend to run in families.

Why Chaucer Said 'Ax' Instead Of 'Ask,' And Why Some Still Do : Code Switch Zach Galifianakis makes an Ax joke. YouTube The most common stereotype of black vernacular is the pronunciation of the word "ask" as "ax." Garrard McClendon, a professor at Chicago State University, is the author of Ax or Ask? "When you're with your little friends, you can speak any way you want to speak, all right? Sketch comedy duo Keegan-Michael Key and Jordan Peele joke that because they're half-white, they're constantly switching back and forth. Talking over each other, they add: "But when a cop comes up to you, you definitely use a lot of 'asks.' "Ask away, officer, ask away!" Keegan-Michael Key and Jordan Peele talk Ax vs. itoggle caption Sonari Glinton/NPR Keegan-Michael Key and Jordan Peele talk Ax vs. Sonari Glinton/NPR "Anything you want to ask me, I'll be happy to answer, officer." Jesse Sheidlower, the president of the American Dialect Society, says "ax" has been used for a thousand years. Sheidlower says you can trace "ax" back to the eighth century.

30-Day Minimalism Challenge Have you ever heard of the “fresh start effect”? It’s the phenomenon that big goals and tricky habit changes are much easier to achieve after temporal cut-offs like our birthday, the holidays … or the new year. Moral of the story: If you have big plans for 2015, use the momentum and get started right away! For this post, I’ve compiled 30 one-day assignments to help you dip your toes into minimalist living, discover lots of new things about yourself and get a big head start. The rules for the challenge: Do one assignment every day, the order is your call. If you like you can print out the assignments and cross them off one-by-one to keep track of your progress. All assignments + resources: Stay offline for one day Social media, endless news streams and articles all drain our energy and keep us in a constant distracted state. Meditate for fifteen minutes Meditation reduces stress and anxiety and gives you a ton of extra energy and mental clarity. Declutter your digital life No-complaint day

The Science of Selfies: How Pictures Help Us Claim Our Identity This week's selfie at the Oscars was a record-breaker for Twitter, but just a drop in the bucket for the traffic in smartphone self-portraits. A survey commissioned by PicMonkey suggests that nearly half of all U.S. adults have taken selfies — making enough of a cultural impact that "selfie" was crowned as Oxford Dictionaries' word of the year for 2013. We may be in the midst of a golden age for selfies, but the phenomenon raises its head every time a pictorial form rises up, whether we're talking about mummy portraits from ancient Egypt, marble busts from the Roman Empire, pictures from the dawn of photography in the 19th century or an eerily modern-looking group shot from 1920. Is there a reason why selfies have resonated so deeply throughout history? "Your Facebook page, for instance, is one gigantic identity claim," Ouellette told NBC News. Avatars and totems Here's another example: Which way are the pictures on your office desk facing? The future of the self

Dipsticks: Efficient Ways to Check for Understanding What strategy can double student learning gains? According to 250 empirical studies, the answer is formative assessment, defined by Bill Younglove as "the frequent, interactive checking of student progress and understanding in order to identify learning needs and adjust teaching appropriately." Unlike summative assessment, which evaluates student learning according to a benchmark, formative assessment monitors student understanding so that kids are always aware of their academic strengths and learning gaps. Meanwhile, teachers can improve the effectiveness of their instruction, re-teaching if necessary. "When the cook tastes the soup," writes Robert E. Alternative formative assessment (AFA) strategies can be as simple (and important) as checking the oil in your car -- hence the name "dipsticks." In the sections below, we'll discuss things to consider when implementing AFAs. Observation: A Key Practice in Alternative Formative Assessment A fundamental element of most AFAs is observation.

What an actor said to Ellen is something I wish more men would talk about I'm going to tell you a little story about a man. A great man. A man named Joseph Gordon-Levitt. You know what, I think I'll put that picture in here again. You know. OK, one more time. Dear God, yes. Anyway! As a young, distressingly handsome child actor growing up in L.A., Joseph Gordon-Levitt watched a lot of Laker games with his family. (That's basketball for those of you who don't follow sportsball.) And whenever the cheerleaders would show up, his mom would make an interesting observation. (Not Joseph Gordon-Levitt's mom.) Why is it that all the dudes get to be celebrated for what they do? While the ladies only get celebrated for what they look like. It just didn't seem fair. And as a result... O.M.G. Here he is, 20-ish years later, telling Ellen all about it.

Is Sugar Addiction Why So Many January Diets Fail? Indulge or resist? Sugar cravings can be a serious challenge. iStock hide caption itoggle caption iStock We've survived the stretch between Thanksgiving and New Year's Day, when rich, sweet treats come at us non-stop. The cycle has become so predictable, and disheartening, as our collective motivation to change our ways dissolves by February like a sugar cube in a glass of champagne. For me, it's refined sugar, pure and simple, that, over time, I've identified as the food I would most love to be able to resist. This year, I vowed to seek out new ways to stay out of the drawer my colleague keeps stocked with chocolate bars of all brands and sizes — an alluring stash stored right next to my desk. I'm not alone in singling out sugar and the undue power it wields over me, according to researchers. Over the last few years, scientists who study the way food influences our brains and bodies have been moving toward a consensus that sugar is addictive.

Why We Need More Than Three Genders : 13.7: Cosmos And Culture Some of the people who will read this blog post are female, some are male, some are both and some are neither. To all, greetings of the season! Of the many things I want to celebrate during this annual round of holiday joy, the beauty of human diversity and the pleasure we may take in recognizing it sit near the top of my list. Yet here's something I've noticed: While the array of gorgeous human skin colors and ethnicities and sexualities is increasingly embraced as a matter of human rights, we are slower to celebrate multiple genders. I would like to make clear right at the start that breaking out of a male-female gender dichotomy isn't some 21st century liberal-progressive agenda, as it is sometimes painted. The existence of third genders is noted in quite a few entries on that map. But are three genders enough? I know it's challenging to break out of a binary mode, and for good reason. But I know that others experience the world differently than I do. But we can do better.

Resources - Ages of Exploration Merchants of the Great Exchange The Great Exchange refers to the transfer of culture, plants, animals, and disease around the world. As people travelled around the world they discovered new products. This game is based on a book published in 1775 called, “The New and Complete Guide to the East India Trade.” See if you, too, can return alive to England winning fame and fortune. Play Merchants of the Great Exchange Whose Lunch is it Anyway? When Christopher Columbus and the explorers that followed him landed in the Americas, they began to introduce foods that they were familiar with. So… get ready for school, pack your lunch, and see just how many things would have been left in your lunchbox in America before 1492, with Whose Lunch is it Anyway? Play Whose Lunch is it Anyway? World Explorer: So just how good a sea captain are you? Review your knowledge of five great world explorers: Leifr Eiriksson, Christopher Columbus, Ferdinand Magellan, Henry Hudson, and James Cook. Play World Explorer