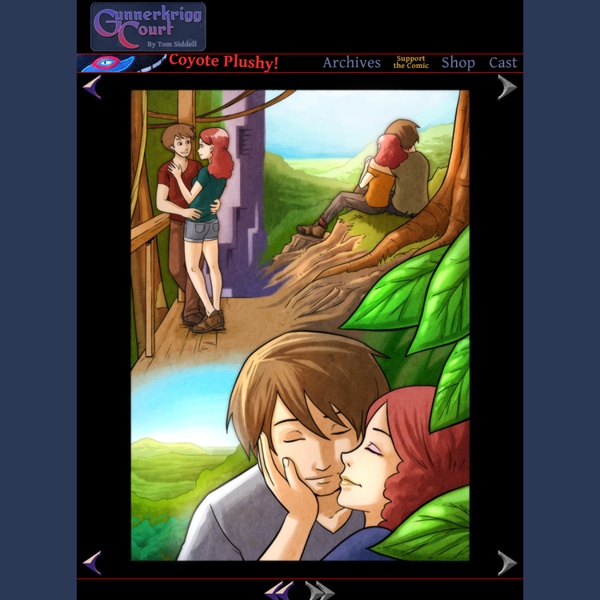 SUBNORMALITY! All content copyright Winston Rowntree, 2015. Museum previously seen here and then here. Thermohalia browse community sign in now by thehappydorid 6 ratings (Avg 4.8) Chester 5000 XYV Friday — April 15th, 2016 Chester 5000 Valentines! February 13th, 2016 I made some Chester valentines for you! a softer world: 123 joey The We Are Become Pals book is here! You can buy it right now, for $16 in hardcover! Sea3on - Updates Weekly I know, I know.. I announced a new Sea3on artist some time ago as I had found one. Sami as you all know has worked on shorts before in the past, plus her work has always just been amazing. So, we (myself and her) were hoping for her to get back on her drawing path and become our main artist. Sadly over the course of the last month plus some her work life just became too hectic.

Unsounded September 23, 2016, at 12:00 AM With these two NSFW pages and a Ch12 preview, that's a wrap for chapter 11! Unsounded's been going since July of 2010. Fantasy Webcomic Comic Graphic Novel It’s finally time to present the submissions placed between the positions 13 and 25 of the Sandra and Woo and Gaia artwork contest. There are some great works of art to be seen here, partially thanks to the extension of the submission period. I would like to thank all artists who have submitted a drawing or other piece of art. Don’t forget to check out the first batch of submissions which I posted on Monday.

Immortal Weakling, List1 subscribe 43.4K view 725.2K grade 8.92 RATE You've already rated this.Would you like to rate it again? [Updates every other Saturday] In a world filled with superheroes, can a person who is immortal, but only has the strength of a normal human, become one of the best? Who knows, but Tai is dead set on trying. More series by Yaruno: Behemoths, Undead Dominion, Glacias

Comics at Daily Kos (Click to enlarge) There were so many mind-blowingly illogical quotes in Roberts' McCutcheon v. FEC opinion, it was hard to pick just one for the cartoon. Another classic: "[Many people] would be delighted to see fewer television commercials touting a candidate’s accomplishments or disparaging an opponent’s character,” he wrote.