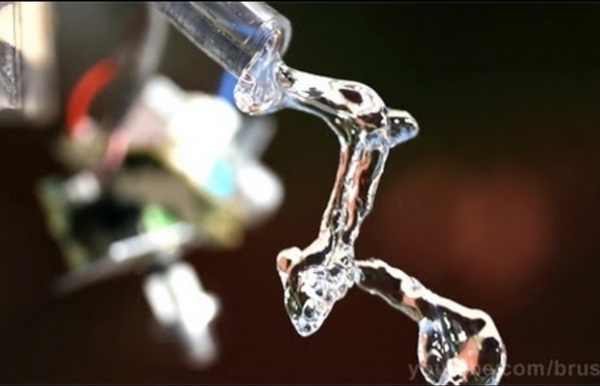 This video is currently unavailable. Sorry, this video is not available on this device. Video player is too small. Normal quality speed

Lifesaver Bottle 6000UF (Primed and tested.) Since the early 90′s I have always carried some form of water purification when travelling. This stems from nearly dying of Amoebic Dysentery in India. Not long after that adventure I found myself responsible for 18 travellers and myself as I would tour around Lake Victoria in Africa. The route would take us from Kenya, through Tanzania, Uganda and Zaire. The prolific waterborne parasites and diseases where a constant reminder of how dangerous contaminated water can be. Needless to say, I got comfortably paranoid about ensuring myself and those around me had decent drinking water.

Remarkable Images Of Volcanic Lightning, A Scientific Mystery As someone who had recurring nightmares about volcanos her whole life, it’s unfathomable that some people seek the thrill willingly. But a whole industry has sprung up around the concept, with tourists--mainly, photographers--paying to be taken to the precipice of one of the thousand or so active volcanoes on Earth. They are the “gates to Earth and eternity,” in one enthusiast’s words. Martin Rietze, a German photographer who works under the title "Alien Landscapes on Planet Earth," has traveled to dozens of them. Rietze’s photo of the Sakurajima volcano was featured as NASA’s Astronomy Picture of the Day earlier in the week, after Rietze traveled to southern Japan to photograph it in January. The volcano was part of the Osumi Peninsula until 1914, when it blew its lid and separated to form its own little island.

Sound Uncovered: An Interactive Book for the iPad Explore the surprising side of sound with Sound Uncovered, an award-winning interactive collection from the Exploratorium featuring auditory illusions, acoustic phenomena, and other things that go bump, beep, boom, and vroom. Hear with your eyes, see with your ears, test your hearing, make and modify recordings—this app puts you at the center of the experiment. Why do some noises seem louder at night? Are there secret messages in music played backward? How can Siri understand different accents? Why does the sound of gum chewing drive some people mad?

Amazing close-up photos of snowflakes taken without a microscope I know it has to to with how the water molecules binds together when they crystalize (1 oxygen + 2 hydrogen) and thus why they always have 3 or 6 branches. For more details, I think we should just go google that :) Here ya go. Essentially, water molecules have a positive and negative poles, which causes them to naturally line up in a hexagon shape when they crystallize (it's also the cause of a lot of water's cool properties, like surface tension). The center of a snowflake is almost always a hexagon (although not always a perfect hexagon, as you can see from the superman-logo like shaped one). Once it reaches a certain size, the branches can start to appear because it becomes too large to keep its shape. Why do seismic waves travel a curving path through the Earth? Refraction For background on this animation series, download Background from the Resources box.Animations are available for preview in embedded YouTube. To download, right click the 'Quicktime Animation' link and choose 'Save Target As' (PC) or 'Download Linked File' (Mac).Send us feedback. Travel times through different media

Infographic: Which Flu Strain Is Most Likely To Bring The Apocalypse? H1N1. H7N9. Bird flu. Swine flu. We get it already, some virus is evolving to murder us all…but which one is it this week? PowerTrekk Offers Unlimited Water-Based Gadget Power LAS VEGAS — You’re on the road, far from any outlet and your precious cell-phone is thisclose to running out of juice. You look around and the nearest thing to you is a dirt road and—wait, what’s that? A little babbling brook. You’re saved! No, not because you can get a cool drink, but because now you can recharge your smartphone. How do P & S waves give evidence for a liquid outer core? Shadow Zones For background on this animation series, download Background from the Resources box.Animations are available for preview in embedded YouTube. To download, right click the 'Quicktime Animation' link and choose 'Save Target As' (PC) or 'Download Linked File' (Mac).Send us feedback. Intro to Shadow Zones The seismic shadows are the effect of seismic waves striking the core-mantle boundary. P and S waves radiate spherically away from an earthquake’s focus in all directions and return to the surface by many paths.