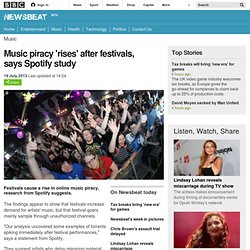 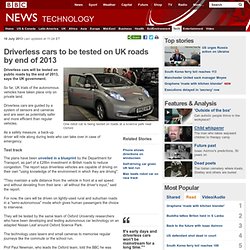 So far, UK trials of the autonomous vehicles have taken place only on private land. Driverless cars are guided by a system of sensors and cameras and are seen as potentially safer and more efficient than regular vehicles. As a safety measure, a back-up driver will ride along during tests who can take over in case of emergency. 'Virtual Lolita' aims to trap chatroom paedophiles. 11 July 2013Last updated at 10:03 ET The Negobot strikes up conversations to catch paedophiles in online chatrooms Spanish researchers have created a robot posing as a 14-year-old girl to spot paedophiles in online chatrooms. 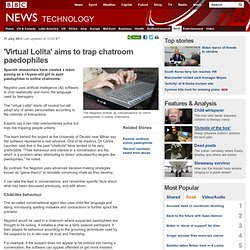 Negobot uses artificial intelligence (AI) software to chat realistically and mimic the language used by teenagers. The "virtual Lolita" starts off neutral but will adopt any of seven personalities according to the intensity of interactions. Experts say it can help overburdened police but may risk trapping people unfairly. The team behind the project at the University of Deusto near Bilbao say the software represents a real advance. By contrast, the Negobot uses advanced decision-making strategies known as "game theory" to simulate convincing chats as they develop. It can take the lead in conversations, and remember specific facts about what had been discussed previously, and with whom. App Store 'full of zombies' as it celebrates fifth birthday. 10 July 2013Last updated at 11:22 ET By Dave Lee Technology reporter, BBC News While some apps generate millions for developers, most are rarely downloaded Apple's App Store is populated by many "zombie" programs which get next-to-no downloads, new research suggests. 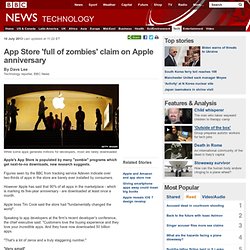 Figures seen by the BBC from tracking service Adeven indicate over two-thirds of apps in the store are barely ever installed by consumers. However Apple has said that 90% of all apps in the marketplace - which is marking its five-year anniversary - are downloaded at least once a month. Apple boss Tim Cook said the store had "fundamentally changed the world". Mputer mouse inventor Doug Engelbart dies at 88. The 'cyber-attack' threat to London's Olympic ceremony.

8 July 2013Last updated at 00:46 ET By Gordon Corera Security correspondent, BBC News Fears that the 2012 London Olympics opening ceremony might have come under cyber-attack have been detailed by officials for the first time. 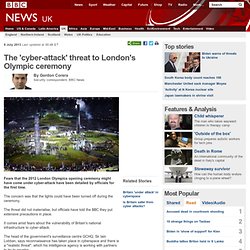 The concern was that the lights could have been turned off during the ceremony. The threat did not materialise, but officials have told the BBC they put extensive precautions in place. It comes amid fears about the vulnerability of Britain's national infrastructure to cyber-attack. The head of the government's surveillance centre GCHQ, Sir Iain Lobban, says reconnaissance has taken place in cyberspace and there is a "realistic threat", which his intelligence agency is working with partners to try to counter.

A phone call from GCHQ at 04:45 is not the ideal way of being woken on the day of the Olympic opening ceremony if you are head of cyber security for the Games. UK rural broadband rollout criticised by auditors. 5 July 2013Last updated at 05:00 ET By Leo Kelion Technology reporter The BBC's Rory Cellan-Jones visits the Cotswolds, which is still waiting The government's rollout of "superfast" broadband to rural areas is about two years behind its original schedule, an official audit has found. 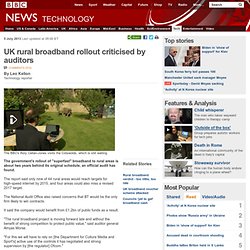 The report said only nine of 44 rural areas would reach targets for high-speed internet by 2015, and four areas could also miss a revised 2017 target. World of Warcraft to test in-game payments. 8 July 2013Last updated at 10:51 GMT Blizzard introduced a race of warrior pandas in a bid to boost player numbers World of Warcraft maker Blizzard is to start experimenting with a system that lets players use real money to buy goods in the game. 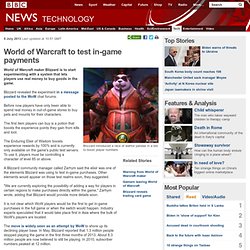 Blizzard revealed the experiment in a message posted to the WoW chat forums. Before now players have only been able to spend real money in out-of-game stores to buy pets and mounts for their characters. The first item players can buy is a potion that boosts the experience points they gain from kills and loot. The Enduring Elixir of Wisdom boosts experience rewards by 100% and is currently only available on the game's public test servers. A Blizzard community manager called Zarhym said the elixir was one of the elements Blizzard was using to test in-game purchases. It is not clear which WoW players would be the first to get in-game purchases in the full game or when the switch would happen. Apple's shares fall on emerging market concerns. Apple's shares fell more than 5% as investors worried that the firm's latest iPhone models may not help it increase its share in emerging markets. 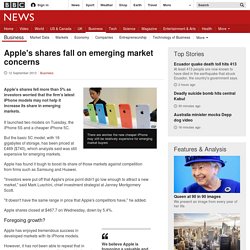 It launched two models on Tuesday, the iPhone 5S and a cheaper iPhone 5C. But the basic 5C model, with 16 gigabytes of storage, has been priced at £469 ($740), which analysts said was still expensive for emerging markets. Microsoft to buy Nokia phones unit. 3 September 2013Last updated at 10:48 ET Microsoft chief executive Steve Ballmer: "This is a big bold step forward" Microsoft has agreed a deal to buy Nokia's mobile phone business for 5.4bn euros ($7.2bn; £4.6bn). 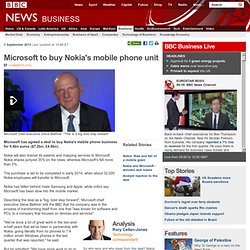 Nokia will also license its patents and mapping services to Microsoft. Nokia shares jumped 35% on the news, whereas Microsoft's fell more than 5%. The purchase is set to be completed in early 2014, when about 32,000 Nokia employees will transfer to Microsoft. Nokia has fallen behind rivals Samsung and Apple, while critics say Microsoft has been slow into the mobile market. Describing the deal as a "big, bold step forward", Microsoft chief executive Steve Ballmer told the BBC that his company was in the process of transforming itself from one that "was known for software and PCs, to a company that focuses on devices and services". Continue reading the main story So who wins and who loses from this deal? For Finland and for Europe as a whole, this must be seen as a sad day. Minecraft game adds Ordnance Survey GB terrain data. 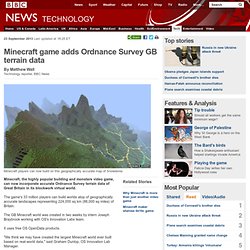 By photographing a fingerprint left on a glass surface and creating a fake finger they were able to unlock the phone, the hackers claim. But Apple maintains Touch ID is secure. On its website the iPhone maker says there is a one in 50,000 chance of two separate fingerprints being alike and the technology provides "a very high level of security". Analysis reveals popular Adobe passwords. 5 November 2013Last updated at 08:58 ET Millions of Adobe users picked easy-to-guess passwords, suggests analysis "123456" was the most popular password among the millions of Adobe users whose details were stolen during an attack on the company. About 1.9 million people used the sequence, according to analysis of data lost in the leak. Tesco petrol stations use face-scan tech to target ads. 4 November 2013Last updated at 12:46 ET Face-scan screens at Tesco petrol stations will target ads at drivers Tesco is installing face-scanning technology at its petrol stations to target advertisements to individual customers at the till.

Mystery grows about Google barges moored off US coast. 5 November 2013Last updated at 10:08 ET A barge with four levels of shipping containers on board is moored in San Francisco Bay Mystery surrounds two barges that Google has moored off the coast of America. The barges have a four-storey structure on deck and rumours are circulating about what the company plans to use them for. One suggestion is that they could be turned in to floating data centres powered by wave action. How Twitter changed the world, hashtag-by-hashtag. Twitter is about to become the most expensive watercooler in history. After coming onto the scene in 2006 - and with a couple of years to warm up a bit - the site has cemented itself as the home of live, global chatter.

Our timeline highlights the key moments in Twitter's development, and we explore how hashtags have changed the way we communicate. Hashtag revolution To some, it will forever be a fad. A place to tell the world what you've had for lunch. Yet though its user base is dwarfed by Facebook, no social network has quite the influence of Twitter.

So, what better way to assess its impact than with one of its strongest conventions - the hashtag. Before Twitter, the # key was little more than something found on telephones to denote "number". Now hashtags are now the definitive way to group tweets on the same subject. How one man turns annoying cold calls into cash. Vodafone and O2 begin limited roll-out of 4G networks. 'Selfie' named by Oxford Dictionaries as word of 2013. One in five children bullied online, says NSPCC survey. BT hangs up on dial-up internet access. Ntactless payment data can be picked up at a distance. IBM PC pioneer William C Lowe dies, aged 72. 'Terminator' self-assembling cube robots revealed by MIT.