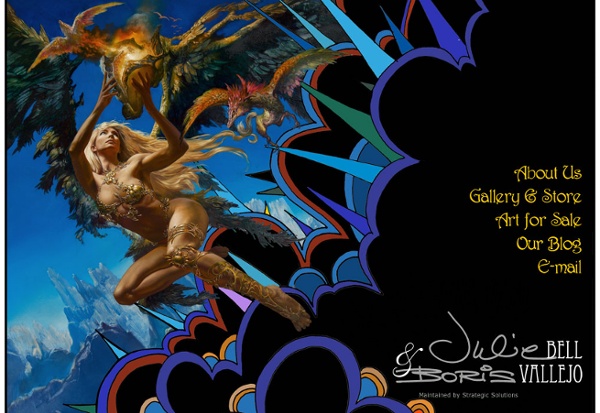 Leonora Carrington Leonora Carrington OBE (6 April 1917 – 25 May 2011[1]) was a British-born–Mexican artist, surrealist painter and novelist. She lived most of her adult life in Mexico City, and was one of the last surviving participants in the Surrealist movement of the 1930s.[2] Early life[edit] Carrington was born in Clayton Green, Chorley, Lancashire,[3][4] England.

Qthelights - Jensen/Misha Dean/Cas Schmoop/Fluff/Cliche/H/C CommentFic Meme! original fabulous picture credit to jiiaffa So. We all have that guilty secret. We won't admit it. Most Popular Artists The most popular artist searches last month: a not-to-be-taken-too-seriously measurement of which famous artists have the greatest "mindshare" in our collective culture. Moving up: Edgar Degas (#22 to #12), Titian (#28 to #18), and realist painter Janet Fish (appearing for the first time on the list at #29). Moving down: Joan Miro (#13 to #19), Wassily Kandinsky (#11 to #24) and Paul Gauguin (#21 down to #32). How we measure popularity: In order to eliminate any kind of selection bias due to search engine ranking, external links, etc., we only count internal links from our own search box and our artist listings.

Tender Times by Scott C "Pollens" We are so excited to have Scott C. here at Cotton Candy Machine for his first solo show in Brooklyn! Scott's paintings have appeared in galleries and publications around the world. Maura Holden BiographyMore ▼ Born: 1967 U.S.A. Resides: U.S.A. Website: Shel Silverstein: The World's Dirtiest Man The only one I can think of is this one from "Where The Sidewalk Ends": "The Dirtiest Man in the World" Oh I'm Dirty Dan, the world's dirtiest man, I never have taken a shower. I can't see my shirt - it's so covered with dirt, And my ears have enough to grow flowers.

KARL BANG - Visionary Art Karl Bang Karl Bang's collection of art masterpieces could easily be called Goddess Central. Karl was born as Bong Ka in Shanghai in 1935. Beautiful Digital Illustration Art by I Chen Lin – I.D. 43 I Chen Lin is a multi tasking illustrator who has shown his potentialities for many times. His works speaks for him. In painting style he blend cartoon and realistic style and let the work bring an eastern color, present mysterious and colorful effect. Check out some of his beautiful work. Advertisement Joel Dos Reis Viegas Barbara Cooney Barbara Cooney (August 6, 1917 – March 10, 2000) was an American writer and illustrator of more than 200 children's books, published over sixty years. She won two Caldecott Medals, which are awarded to the year's best-illustrated U.S. picture book[1] and a National Book Award. Her books have been translated into 10 languages.[2] For her contribution as a children's illustrator, Cooney was the U.S. nominee in 1994 for the biennial, international Hans Christian Andersen Award, the highest international recognition for creators of children's books.[3][4] Life[edit]