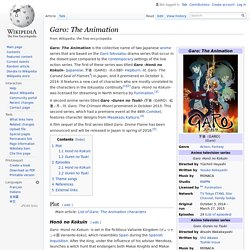 Garo: The Crimson Moon) premiered in October 2015. This second series, which had a premiere event at the 88th Comiket, features character designs from Masakazu Katsura.[4] Code-E. Code-E is a Japanese anime television series animated by Studio Deen. 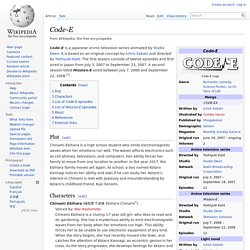 It is based on an original concept by Ichiro Sakaki and directed by Toshiyuki Katō. The first season consists of twelve episodes and first aired in Japan from July 3, 2007 to September 23, 2007. A second season titled Mission-E aired between July 7, 2008 and September 22, 2008.[1] Plot[edit] Chinami Ebihara is a high school student who emits electromagnetic waves when her emotions run wild. Characters[edit] Chinami Ebihara (海老原 千波美, Ebihara Chinami?) Voiced by: Mai Hashimoto Chinami Ebihara is a clumsy 17 year old girl, who likes to read and do gardening. Utawarerumono. Gameplay[edit] Standard visual novel gameplay in Utawarerumono, depicting the main character Hakuoro conversing with Erurū. 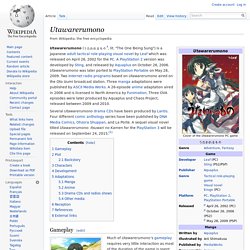 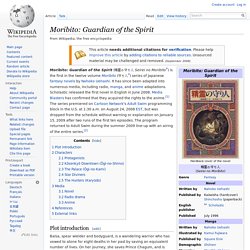 Is the first in the twelve volume Moribito (守り人?) Series of Japanese fantasy novels by Nahoko Uehashi. It has since been adapted into numerous media, including radio, manga, and anime adaptations. Scholastic released the first novel in English in June 2008. Media Blasters has confirmed that they acquired the rights to the anime.[1] The series premiered on Cartoon Network's Adult Swim programming block in the U.S. at 1:30 a.m. on August 24, 2008 EST, but was dropped from the schedule without warning or explanation on January 15, 2009 after two runs of the first ten episodes.

Plot introduction[edit] Balsa, spear wielder and bodyguard, is a wandering warrior who has vowed to atone for eight deaths in her past by saving an equivalent number of lives. Characters[edit] (*) denotes original characters added in the TV animation. Protagonists[edit] Balsa Voiced by: Mabuki Andou (Japanese), Cindy Robinson (English) Chagum Tanda Torogai Tōya. The Twelve Kingdoms. 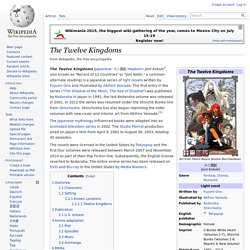 , also known as "Record of 12 Countries" or "Jūni Kokki," a common alternate reading) is a Japanese series of light novels written by Fuyumi Ono and illustrated by Akihiro Yamada. The first entry in the series ("The Shadow of the Moon, The Sea of Shadow") was published by Kodansha in Japan in 1992; the last Kodansha volume was released in 2001. In 2012 the series was resumed under the Shinchō Bunko line from Shinchosha. Shinchosha has also begun reprinting the older volumes with new cover and interior art from Akihiro Yamada.[1] The Japanese mythology-influenced books were adapted into an animated television series in 2002. The novels were licensed in the United States by Tokyopop and the first four volumes were released between March 2007 and November 2010 as part of their Pop Fiction line. Overview[edit] Akatsuki No Yona Wiki - Wikia. 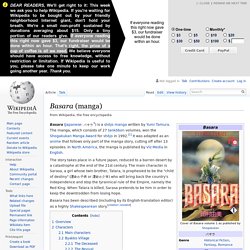 Is a shōjo manga written by Yumi Tamura. The manga, which consists of 27 tankōbon volumes, won the Shogakukan Manga Award for shōjo in 1992.[1] It was adapted as an anime that follows only part of the manga story, cutting off after 13 episodes. In North America, the manga is published by Viz Media in English. The story takes place in a future Japan, reduced to a barren desert by a catastrophe at the end of the 21st century.

The main character is Sarasa, a girl whose twin brother, Tatara, is prophesied to be the "child of destiny" (運命の子供 or 運命の少年) who will bring back the country's independence and stop the tyrannical rule of the Empire, namely the Red King. Basara has been described (including by its English-translation editor) as a highly Shakespearean story. In Basara's post-apocalyptic setting, Japan has been controlled by a succession of corrupt and oppressive rulers of Saffron Clan. Sarasa undergoes psychological strain over having to pretend to be a boy. Akatsuki no Yona: Yona of the Dawn.

Plot[edit] The story follows the redemption of Yona, the sole princess to the kingdom of Kouka. 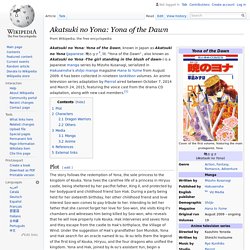 Yona lives the carefree life of a princess in Hiryuu castle, being sheltered by her pacifist father, King Il, and protected by her bodyguard and childhood friend Son Hak. During a party being held for her sixteenth birthday, her other childhood friend and love interest Soo-won comes to pay tribute to her. Intending to tell her father that she cannot forget her love for Soo-won, she visits King Il's chambers and witnesses him being killed by Soo-won, who reveals that he will now properly rule Kouka. Hak intervenes and saves Yona and they escape from the castle to Hak's birthplace, the Village of Wind. The Heroic Legend of Arslan. The Heroic Legend of Arslan (Japanese: アルスラーン戦記, Hepburn: Arusurān Senki?) 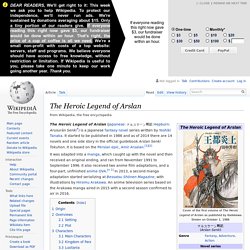 Is a Japanese fantasy novel series written by Yoshiki Tanaka. It started to be published in 1986 and as of 2014 there are 14 novels and one side story in the official guidebook Arslan Senki Tokuhon. It is based on the Persian epic, Amir Arsalan.[1][2] It was adapted into a manga, which caught up with the novel and then received an original ending, and ran from November 1991 to September 1996. It also received two anime film adaptations, and a four-part, unfinished anime OVA.