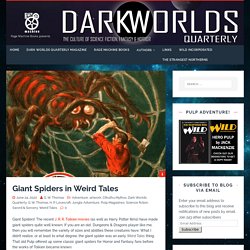 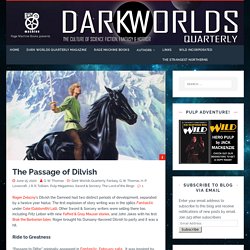 The first explosion of story writing was in the 1960s Fantastic under Cele (Goldsmith) Lalli. Other Sword & Sorcery writers were selling there too, including Fritz Leiber with new Fafhrd & Gray Mouser stories, and John Jakes with his first Brak the Barbarian tales. Roger brought his Dunsany-flavored Dilvish to party and it was a hit. Ride to Greatness “Passage to Dilfar” originally appeared in Fantastic, February 1965. 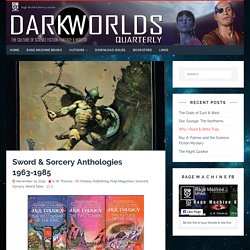 Wolheim at Ballantine Books. That happen in 1966. L. The Scale of Sword & Sorcery (or Why Conan Doesn’t Suck) – Dark Worlds Quarterly. There are those Fantasy writers and critics that accuse Robert E. 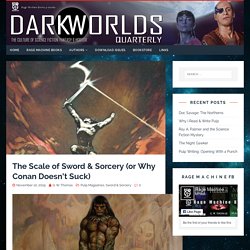 Howard’s Conan of lacking any depth because he just hacks his way out of trouble. In fact, I think it was Robert Bloch in his intro to Wolfshead (Bantam Books, 1979) who said it, qualifying his words with the fact that he preferred Howard’s subtler characters such as Kull or Bran Mak Morn. One Map to Rule Them All - Classic Azeroth Detailed Map Edit by Rhianolord - Wowhead News. 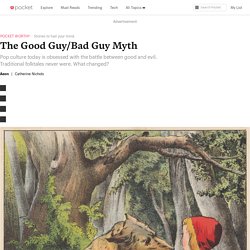 Photo: Getty Images The first time we see Darth Vader doing more than heavy breathing in Star Wars (1977), he’s strangling a man to death. A few scenes later, he’s blowing up a planet. 10 Spooky, Beautiful Southeast Asian Ghost Stories. Of the bedtime stories my parents told me, I took the most interest in the ones involving ghosts and spirits. 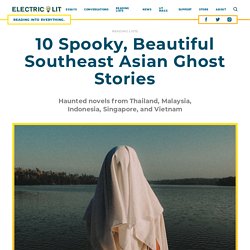 These stories were often used to teach me lessons on how to behave and live; however, instead of malevolent ghosts looking to terrorize people for their misdoings, I was more interested in ghosts who haunted people with the intention of connecting with them. My parents often loosely improvised “scary” stories about ancient ghosts from the Hebrew Bible and old Korean folktales, in which spirits manifested themselves in ways that weren’t always malicious or evil. These ghost stories had to do with diaspora—characters, living or not living, wandering the earth and navigating the conflicts of displacement. So these ghost-story novels and collections from Southeast Asian writers feel familiar to me: they deal with the same restless spirits and the same sense of displacement. 31 Fairly Obscure Literary Monsters. Halloween used to belong to the monsters. 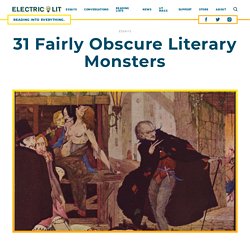 Tracing a perfect near-continuum from the Frankenstein’s Monsters and Gill-Men that papered many a boyhood bedroom to the disturbed teenager’s diet of Lovecraftian doom and the unlaid English major’s repository of Victorian dreadfuls, the creatures of the night once held a monopoly on populist hair-raising. Folk-Ore: The Magical Power of Blacksmiths and Their Enduring Stories - #FolkloreThursday. Some fairy tales are older than any of the languages used to tell them… and the oldest ‘folk-tale’ of all seems to be that of a blacksmith forging a deal with the devil. 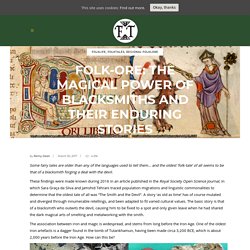 These findings were made known during 2016 in an article published in the Royal Society Open Science Journal, in which Sara Graça da Silva and Jamshid Tehrani traced population migrations and linguistic commonalities to determine that the oldest tale of all was “The Smith and the Devil”. A story ‘as old as time’ has of course mutated and diverged through innumerable retellings, and been adapted to fit varied cultural values. Andrew Mason - Andrew Mason a changé sa photo de couverture. Babylon 5 Is the Greatest, Most Terrible SF Series. Lord Dunsany. The Heart Of Earth first appeared in The Saturday Review, London, July 1909. 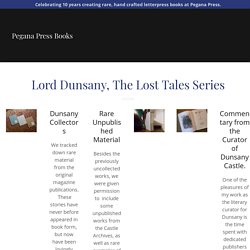 It was one of the stories we at Pegana Press were privileged to add to our collection of previously uncollected works entitled Lost Tales Volume 1 by Lord Dunsany. It begins thus. Funeralizing: Death Practices of Appalachia. Written by Rebecca D. 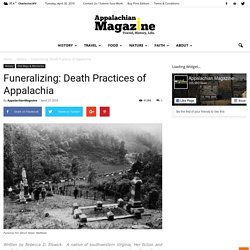 Elswick. A native of southwestern Virginia, Her fiction and nonfiction has appeared in many journals and anthologies among them Deep South, Drafthorse, and Still: The Journal. Terry Pratchett: Reading order for Discworld. A lot of people have been asking which Discworld novels they should read and in which order. I always tell people to read Guards! Guards! First to get a real taste of Pratchett. John Boorman's Excalibur Isn't Just Another King Arthur Movie. After so many centuries as an inescapable figure in literature, art, poetry, comics, movies, cartoons, and on TV, it still seemed in 1975 Monty Python had offered the final word on the legend of King Arthur and the Knights of the Round Table with Monty Python and the Holy Grail. I mean, after the holy hand grenade, what more was there to say?

Then six years later along came Excalibur. The Secret History of Cricket Magazine, the ‘New Yorker for Children’ - Electric Literature. Babylon 5 condensed: How to watch sci-fi's most intimidating masterpiece. This guide will help you get through the 1990’s sci-fi TV show Babylon 5. It lists both the most crucial episodes for plot progression, and the most beloved one-offs. It is spoiler-free, so you can look ahead or refer to it as you watch. Babylon 5 is not currently available streaming, but can be purchased from Amazon (series and movies) or used from most auction sites. Babylon 5 is the Gravity’s Rainbow of sci-fi television: it’s really long, some of it is widely acknowledged to suck, and way more people claim to have finished it than actually have. Why would anyone claim to have invested 110 hours (minus commercials!) So, why then would anyone pretend to have seen this amazing show, rather than simply watching it? Here are the Biggest Fiction Bestsellers of the Last 100 Years.

The Terrible Occult Detectives of the Victorian Era. Pegana Press. Clark Ashton Smith. 10 Tumblr Posts About Necromancers That Will Raise Your Spirits. Via Shutterstock "While others use magic to do paltry things like conjure fire or fly, the Necromancer is a master over death itself. They study the deep and forbidden secrets that raise the dead, controlling minions toward a variety of goals.

Perhaps they seek the power that mastery over death provides. Perhaps they are serious and unashamed scholars, who reject the small-minded boundaries held to by others. My “Definitive” Sword and Sorcery, Weird Fiction, Heroic Fiction blog series anniversary. – Mighty Thor JRS. Amazing art by Frank Frazetta One year ago I embarked on my most successful blog series journey. My “Definitive” blog series were some of my most viewed post ever.

Table of Contents. Arc 12: Plague12.0112.0212.0312.0412.0512.0612.0712.0812.x (Interlude; Jack)12.x (Donation Interlude; Jamie) A Beginner’s Guide to Malazan Characters: Gardens of the Moon. Untitled. The 50 Best Fantasy Books of the 21st Century (So Far) While fantastical stories have been around since before the written word, they’ve gone in and out of fashion throughout history. But the 21st century has been a particularly fruitful time of fantasy literature, with J.K. Rowling’s Harry Potter series ushering in an era of both publishers willing to take a chance on new fantasy writers and readers opening themselves up to worlds of magic. A Brief History of the Big Dumb Object Story in Science Fiction. The United Federation of Charles: 13 Neo-Cyberpunk Novel Recommendations.

Cyberpunk, like all genres, has gone through a variety of stages in its life cycle. The Wertzone: The Longest SFF Novels of All Time. With the recent news that Brandon Sanderson's Oathbringer is going to be very big indeed, I thought it'd be interesting to look at the longest SFF novels and series. 15 Smartest Sci-Fi Movies Of All Time. Denis Villeneuve’s much-anticipated sci-fi film Arrival has finally…err…arrived in theaters and is already generating the kind of buzz that we’ve come to associate with instant classics. The 100 Best Horror Movies of All Time. Galaxy Magazine : Free Texts : Download & Streaming. Sep 1, 2017 by Andy Khoo texts eye favorite 2. Literature Map - The Tourist Map of Literature.

Black Gate » Articles » A Sure Cure for that Listless Feeling. 5 Amazing Standalone Epic Fantasies — The B&N Sci-Fi and Fantasy Blog. 7 Fantasy Series to Read If You Love Game of Thrones. If you’re like most Game of Thrones fans, you’re getting impatient waiting for April 12, when Season 5 of the TV version of George R. R. Martin’s A Song of Fire and Ice series gets started. The 19 Best Post-Apocalyptic Novels Ever Written - For Reading Addicts. The 51 Best Fantasy Series Ever Written. 60 Influential Figures in Fantasy, Index. Lord Foul’s Bane, by Stephen R. Donaldson. Blog – castaliahouse.com. Cool Maps of Fictional Literary Places - Book Recommendations and Reviews.

The Encyclopedia of Science Fiction. We Need to Talk About Conan. Ursula K. Le Guin reads from "The Wizard of Earthsea" How To Read Terry Pratchett's Discworld Series, In One Handy Chart. The Essential Cyberpunk Reading List. Samuel Delany and the Past and Future of Science Fiction. On the Taxonomy of Spaceships. Age of Robots: How Marvel Is Killing the Popcorn Movie. 8 Fantasy Novels Every Writer Should Read: Guest Post by Kameron Hurley - Books Without Any PicturesBooks Without Any Pictures.

10 of the best science fiction and fantasy short stories ever. The Redshirt Phenomenon: An Infographic on Mako.