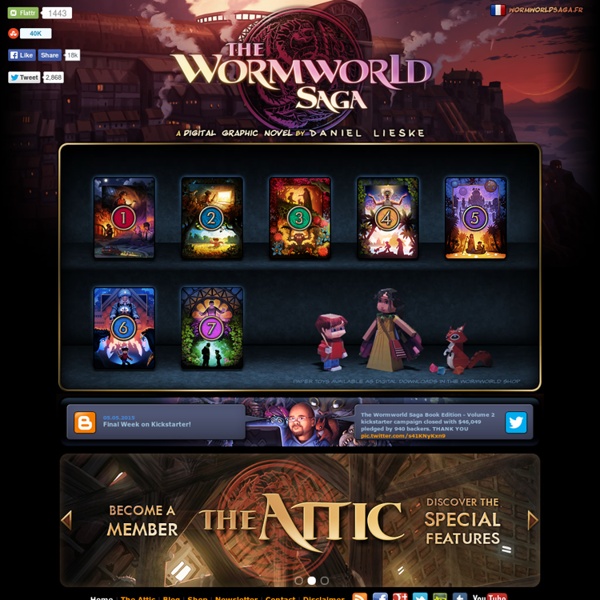 Carved Book Landscapes by Guy Laramee (click images for detail) For the better part of three decades multidisciplinary artist Guy Laramee has worked as a stage writer, director, composer, a fabricator of musical instruments, a singer, sculptor, painter and writer. Among his sculptural works are two incredible series of carved book landscapes and structures entitled Biblios and The Great Wall, where the dense pages of old books are excavated to reveal serene mountains, plateaus, and ancient structures. Of these works he says: So I carve landscapes out of books and I paint Romantic landscapes. Laramee’s next show will be in April of 2012 at the Galerie d’Art d’Outremont in Montreal.

50 Incredible Film Posters From Poland When I’m not geeking out over design you can probably find me geeking out over film. I spent a good 7 years of my life working behind the counters of various video stores across Western Canada and consider myself an avid film nerd. So it’s not surprisingly that my jaw nearly hit the floor when a coworker introduced me to the wonderful world of Polish film posters a couple of years ago. These conceptual masterpieces put the original American posters to shame every time; they are truly beautiful works of art. Trimming this list down to a mere 50 posters that I absolutely love was surprisingly difficult. Apocalypse Now Rosemary’s Baby Tootsie Star Wars – The Empire Strikes Back Return Of The Pink Panther Raging Bull The Last Detail Gandhi The Fly Raiders Of The Lost Ark Harry And The Hendersons The Getaway Crocodile Dundee 2 Being There Old Yeller Terms Of Endearment War Games The China Syndrome Weekend At Bernie’s Gremlins Eyes Wide Shut The Shaggy Dog Under The Volcano The Late Show Short Circuit 2 Missing Flipper